Catherine Barnett, Dante Micheaux, and Meredith Stricker have been chosen as the finalists for the 2019 Four Quartets Prize. The annual $20,000 prize, sponsored by the T. S. Eliot Foundation and the Poetry Society of America, is given for a “unified and complete sequence of poems” published in the United States in 2018. The winner will be named at a ceremony in New York City on April 30. 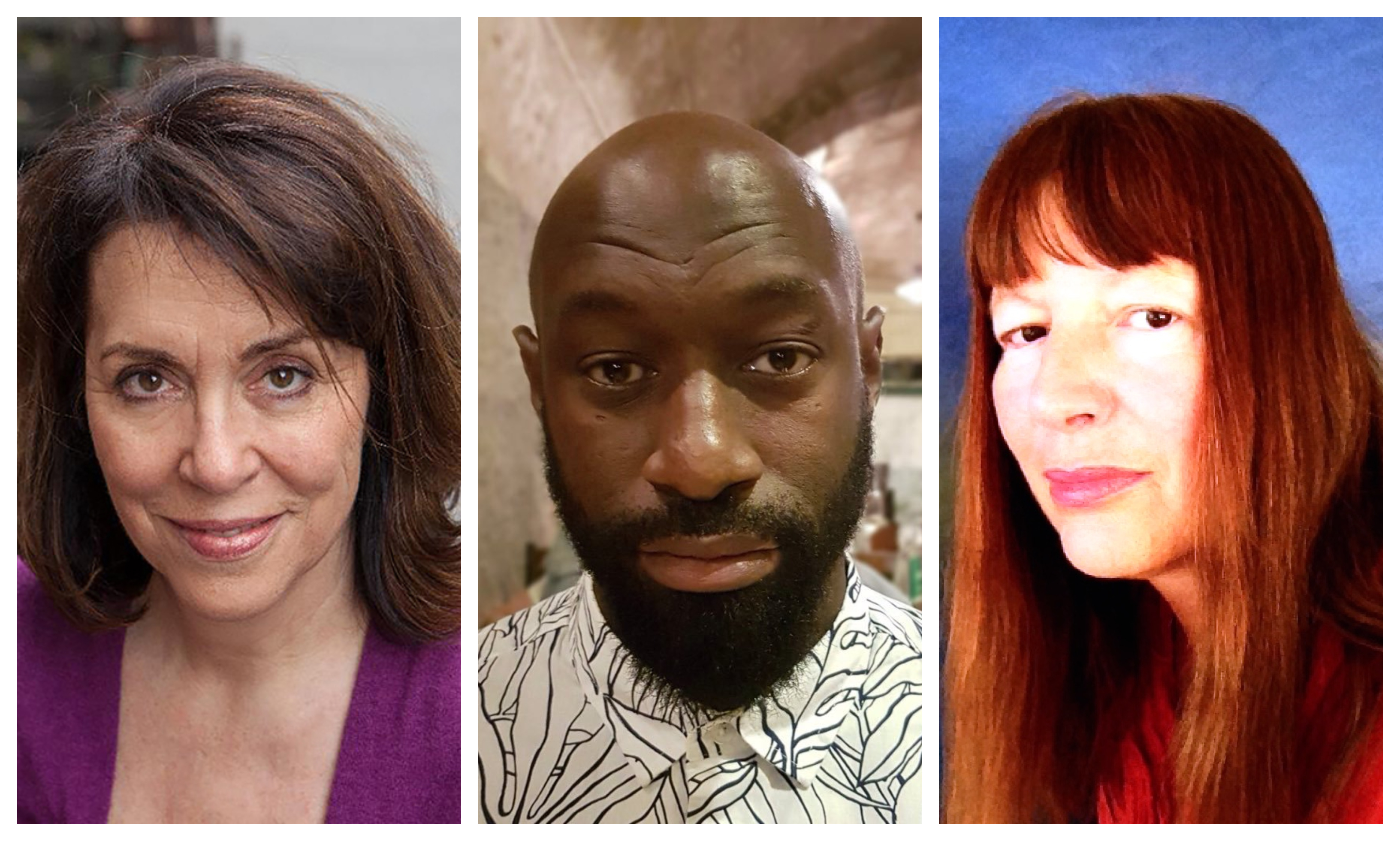 Poets Rowan Ricardo Phillips, Carmen Giménez Smith, and Rosanna Warren judged. “The three finalists for the 2019 Four Quartets Prize represent how the long poem continues to delight, attract, and sustain readers and fellow poets alike into the twenty-first century,” says Phillips. “These poems are daring, expertly crafted, alluring, and infused with a sense of poetic purpose. They rose to the top of an incredibly competitive field of submissions.”

Barnett is nominated for her sequence “Accursed Questions” from her collection Human Hours (Graywolf Press); Micheaux is nominated for his book Circus (Indolent Books); and Stricker is nominated for her chapbook anemochore (Newfound Press). “That the finalist list comprises three different modes of the long poem—the book-length poem, the extended lyric passage, and the chapbook—speaks to the vital diversity of the form,” says Phillips, “for they suggest, rather emphatically, that the American long poem sequence is in good health and in good hands today and going forward into the future.”

Alice Quinn, the executive director of the Poetry Society of America, agrees. “The recent proliferation of chapbook publication in America and of journal publication of sequences of poems has fostered an extraordinary climate for this prize, which is becoming a beacon, holding out hope of significant recognition and reward for achievement in this area of poetic endeavor.”

The London-based T. S. Eliot Foundation and the New York City–based Poetry Society of America established the prize last year on the seventy-fifth anniversary of the publication of T. S. Eliot’s Four Quartets in America. Clare Reihill, the director of the T. S. Eliot Foundation, says the two organizations launched the award because she “sensed T. S. Eliot’s presence in the land of his birth and early life had somewhat fallen away.” Born in Saint Louis, Eliot spent the majority of his life in the England, where he wrote two of the most important long poems of the twentieth century, The Waste Land and Four Quartets.