A contributor to the Boston Globe since 2007, Kate Tuttle became the newspaper’s books editor in 2020. Over the past year and a half at the Globe she has interviewed an array of writers, including Kaveh Akbar, Rabih Alameddine, Lan Samantha Chang, Bernardine Evaristo, Gish Jen, Nick Offerman, David Sedaris, and Lisa Taddeo. From 2014 to 2020, Tuttle served on the board of the National Book Critics Circle—a nonprofit organization with nearly eight hundred members: critics, authors, literary bloggers, book publishing professionals, and students—starting out as chair of the nonfiction committee and vice president of awards. She was board president for her last two years there. 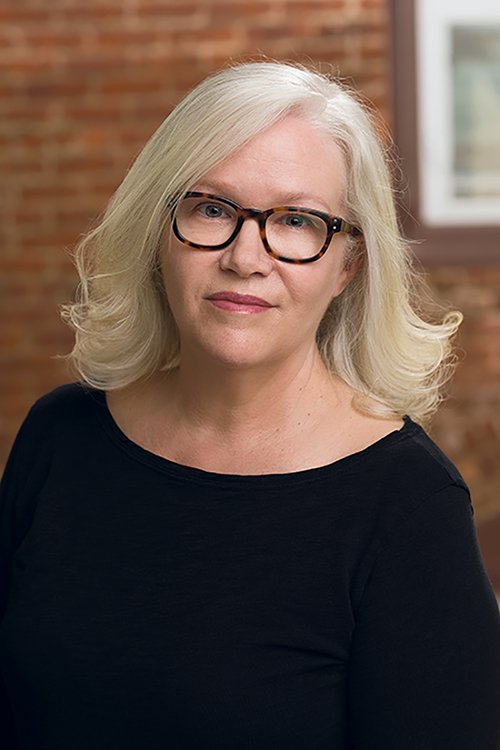 Tuttle was born in Lawrence, Kansas, which the critic affectionately refers to as “a small haven of blue politics in a sea of red.” She attended the University of Kansas, where her father taught in the History department, and soon after graduating she moved to Cambridge, Massachusetts, where she spent years working as a writer and editor on large reference projects, including the now-defunct Africana.com, for which she served as managing editor from 1999 to 2004, and the African American National Biography series, working as senior executive editor from 2004 to 2006. Tuttle began writing literary criticism in the mid-1990s and has remained an active reviewer ever since. Her writing has appeared in many national publications, including the New York Times, the Los Angeles Times, the Washington Post, Newsday, Salon, HuffPost, and the Rumpus. Her most recent contribution to Poets & Writers Magazine was an interview with author Samantha Hunt in the May/June 2022 issue.

What was your path to becoming a literary critic?
It might have begun when I worked as my father’s research assistant in the late 1980s, reading books and letting him know if they were worth his time. He was a professor of American history, and we still talk books all the time. I began writing book reviews for a small journal, the Boston Book Review, in the 1990s and kept freelancing through a series of jobs. While home with my second child, I wrote a lot of articles about parenting, but I always kept reviewing books, especially for the Boston Globe, where I soon got a column of brief reviews. At one point I was reviewing three books a week. My role at the Globe has grown steadily, and now I’m books editor there; I still contribute a weekly column in which I interview authors about the origins of their books.

How many books do you get a week—and of those, how many are you able to review or cover in the Globe?
I get probably 150 to 200 publicity e-mails a day, many of which these days contain a digital copy, and in any week 75 or so physical copies will show up on my doorstep. We review only three books a week now at the Globe—part of the sad trend in book review sections, that shrinkage—but we do try to also cover books in our columns, interviews, and so forth.

Have things changed at the Globe since you stepped into your role?
Well, that shrinking of overall coverage had been ongoing before I stepped into the editor role. So far in the two years I’ve been there we haven’t lost any real estate in the paper or budget, but it does feel urgent to keep reminding the higher-ups how vital books coverage is. Boston is such a bookish city, so full of writers and brilliant, ardent readers; I feel a lot of responsibility to protect and keep improving the books coverage we offer.

You served on the board of the National Book Critics Circle (NBCC) for several years. Can you tell us about your time there?
It was such a thrill to be on the board. When you do what we do for a living, it’s not always easy to find peers—I have my publishing friends, my writer friends, and my journalism friends, and while all of them get what I do, it’s not until you’re around other book reviewers that you can really find that deep understanding of what we’re up to. It’s a lot of fun. At the same time, serving on the NBCC board is an incredible responsibility—it’s a lot of work, and we took it very seriously, not only in judging the books for prizes, but in establishing new initiatives, like our Emerging Critics program, that seek to bring much-needed new energy and diversity into the field.

Is there ever anything from the publishing side that raises your interest in a book or author—a sizable advance, notable blurbs, your relationship with a publicist or editor?
I try really hard not to privilege my relationships in that way—it feels unfair to have such a cozy, networked process. And it leads to a static newspaper section, if we review only books that we already know we’re going to like. That said, there are a few publicists who I do trust and who know me really well, and they can sometimes make me look hard at a book I wouldn’t at first. One example recently was the editor Lauren Wein, who kept pressing Vladimir, a debut novel by Julia May Jonas, on me. Like, she would not stop! And finally I read it, loved it, and decided I needed to review it myself. So sometimes that personal touch does help. I try not to give too much credence to blurbs, and less to advances. I really try always to think about myself as a conduit between what’s getting published and what our Globe readers will find intriguing, relevant, challenging. When I do that I feel like I’m doing a good job.

What’s your reading process like?
I’m lucky to be a fairly fast reader, though sometimes I have to remind myself to slow down. I still prefer reading books on paper, so I can make notes in pencil, dog-ear pages, etc. I definitely am hard on books.

How conscientious are you about diversity—gender, race, sexual orientation, etc.—when choosing which books to assign for review?
I try to be very conscientious about diversity. The Globe serves a city and region that are increasingly diverse racially and ethnically, and it’s important that our readers learn about books and writers that can reflect on experiences similar to theirs. It’s also important to assign reviewers who can understand what a writer brings to the page—although that doesn’t mean I always assign critics from exactly the same background as the author. But the days of page after page of reviews by white men of books by white men, those are, thankfully, over.

Are you able to review many books outside of the Big Five—likely soon to be the Big Four—publishers?
I do, and I try to make sure we assign from smaller presses and university presses. Given the number of books published each week, it can be tough to break free from the prevailing buzz conferred upon the big books, but it’s important to do so.

What’s your opinion of the value of negative reviews?
I think they can be supremely entertaining—a really smart pan of a book that richly deserves it is a beautiful thing—but I’m not always sure they’re justified. I would never run a negative review of a debut work of fiction, for instance. It’s just mean and pointless. But if a book does something truly evil, or represents a larger trend that I think is dangerous in some way—particularly if it’s intellectually lazy, bigoted, or hateful—then it’s fair game.

When you’re reviewing a new book from an author with previous books to his or her name, do you read the author’s backlist as well?
In a perfect world, yes. But time isn’t infinite, and sometimes it’s just not possible.

Has social media been helpful at all in your role as an editor?
I love Twitter and appreciate Instagram, but I don’t think they’ve ever helped me as an editor. I do appreciate how much Twitter allows me to share both my own reviews and the reviews I edit, helping them to reach a wider audience than the newspaper would on its own.

Where do you see literary coverage in ten years?
Sadly I think we’ll see a continued shrinking of available space and budget for book reviews in newspapers, as that entire industry is facing a continuing crisis it hasn’t yet figured out how to survive. But, of course, there will be more online venues, some of which are fascinating and terrific. My hunch is that this will benefit readers, which is great, but it won’t be great for the reviewers, who already make less money than they once did. It’s rough out there, and I don’t see it getting any better.

If you could change one thing about the book-reviewing process or the world of book criticism, what would it be?
This is more structural than philosophical, I guess, but I wish book critics could get paid better. There are so few staff critic positions, the freelance life is so hard, and I think it’s just getting harder. When it’s impossible to support oneself as a freelance critic, you get people who only review as a sideline to other jobs, or else you get people who can afford to work for less than a livable wage—the same problem one has seen for years in publishing—and when a cultural project is staffed entirely by privileged people, you get a limited range of work and thought.

Which book critics, past or present, do you particularly admire?
Is it pretentious to say I love the book criticism of D. H. Lawrence? Well, I really do. His review of Moby-Dick is such a Lawrencian bit of energy; I love it. For today’s critics you can’t do much better than Parul Sehgal and Julian Lucas, both at the New Yorker, each of whom is a smart, probing reader and a stylish writer. I adored and admired Laura Marsh’s review in the New Republic of the benighted Blake Bailey biography of Philip Roth. I love a review that can make me laugh.

What books that you aren’t covering are you most looking forward to reading in the near future?
I have so little time to read on my own, as I’m constantly reading for work—and last year was constantly reading for the National Book Awards as well. But I do try. A small group of friends, my writing group from Atlanta, all just read The Transit of Venus by Shirley Hazzard, and I hope to join them in it soon.

Michael Taeckens has worked in the publishing business since 1995. He is a cofounder of Broadside PR.