Teresa Weaver made national headlines in April when, after nine years as books editor of the Atlanta Journal-Constitution (AJC), she lost her job, becoming yet another casualty of the struggling newspaper industry's growing trend toward newsroom restructuring and downsizing. Weaver's position, along with those of half the staff, was eliminated; to continue at the newspaper, she would have had to apply for another position. The announcement of her layoff led many subscribers to write angry letters to the editor and prompted the National Book Critics Circle (NBCC) to launch the Campaign to Save Book Reviewing, an effort organized, as NBCC president John Freeman has said, to directly address the problem at "dozens upon dozens" of newspapers where "book coverage has been cut back or slashed altogether, moved, winnowed, filled with more wire copy, or generally been treated as expendable." The campaign posted an online petition to reinstate Weaver (a longtime member of the organization and former member of its board of directors) and staged a "read-in" outside the offices of her former newspaper. 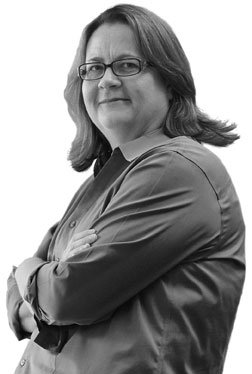 AJC editor Julia Wallace attempted to allay the concerns of her readers in an e-mail statement, explaining that the newspaper would continue its book coverage with other staff members, freelance writers, and reviews from outside news services. "So long as books are important to our readers," Wallace wrote, "we will continue to dedicate space to them.… Our own literary roots are deep, and we won't forget that."

Still, Weaver was out of a job. Instead of reapplying to the newspaper, she quickly moved on to a publication that was looking to expand its books coverage, the monthly magazine Atlanta, which hired Weaver as a part-time editor, charged with creating a book page focusing on the city's authors and their work. Weaver spoke about the change a week before beginning her other new job, as an editor and writer for Habitat for Humanity.

How did you feel about the public response following the elimination of your job at the newspaper?
I found it heartening. Anyone who works for a newspaper should feel really good that that many people care deeply enough about anything we do to speak out. The lesson for readers is that they can't take anything for granted—they can't assume because newspapers have always run book reviews that they always will. Newspapers can learn that they need to involve readers more as they move forward.

How important are the book reviews of local newspapers?
As more and more books are published, people need a filter—they need a local filter. I'm just worried that eventually the New York Times reviews will be the only reviews available for anybody. There's a sensibility there that doesn't translate well in every part of the country. And I think literature is so regional; what works where you are doesn't necessarily work where I am.

So what's new in Southern literature?
People like Ron Rash and Tom Franklin have really reinvigorated it. You do have authors like Allan Gurganus and Lee Smith who for years have been turning out great stuff, but now you've got this…I'm not going to say new generation, but writers who are starting to get noticed for offbeat, experimental writing that makes the whole community stronger. The local publications are the ones that need to be among the first to find these authors, to focus on them. If you watch them as they develop and grow it gives you a depth of knowledge that's important.

What is the future of book reviewing?
I have to say I don't feel optimistic about it, as far as newspapers go. I think magazines are going to have to step in and pick up some of that slack. A lot of it is a resource problem: Newspapers are struggling right now, they're redefining themselves, and there's a lot of discussion going on everywhere about what direction they should take. I line up with the school of thought that newspapers should consist of more opinion, commentary, and analysis that people can't get anywhere else, rather than trying to compete with the Internet on breaking news.

Timothy Schaffert is the author of three novels. His latest, Devils in the Sugar Shop, was published by Unbridled Books in June. He is the director of the Nebraska Summer Writers' Conference and the Downtown Omaha Lit Fest.

A Newspaper Expands Book Coverage While Yet Another One Cuts It Back
by Staff | Daily News 1.3.08
In an editorial published in last Sunday's edition of the Times-Picayune, a daily newspaper in New Orleans, the editors wrote, "In the past year, newspapers across the country have made dramatic cutbacks in their coverage of books," and went...
Another Newspaper Cuts Back Coverage Of Books
by Staff | Daily News 6.26.07

It is, by now, a familiar story, but one worth repeating: Another newspaper has decided to cut back its book review coverage. The Sunday book review section of the San Diego Union-Tribune has folded—the June 24 stand-alone section was the...

Jane Ciabattari, president of the National Books Critic Circle, discusses the art of book reviewing and her recommendations for summer reading.