In March, Jane Ciabattari, author of the story collection Stealing the Fire (Canio's Editions, 2002), was elected president of the National Book Critics Circle (NBCC), a thirty-four-year-old nonprofit organization in New York City with a membership of more than eight hundred book reviewers and critics. She succeeded John Freeman, who had held the post since 2006. Ciabattari recently spoke about the state of book reviewing and literary America's favorite summer pastime: reading. 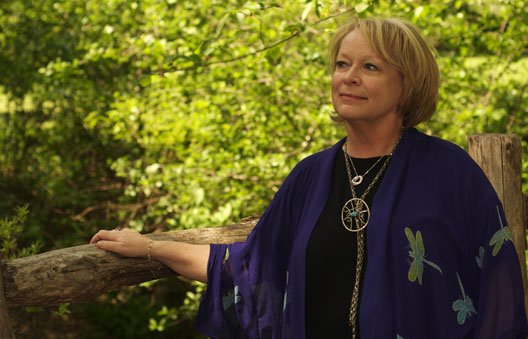 Do you think the recent controversies surrounding fake memoirs have upped the ante for book reviewers? Is fact-checking now part of the job description?
Anyone who comes from a journalistic background has a fair sense of fact-checking. The fact that book publishing does not include fact-checking is a shock to some people. Since publishers don't seem to be doing due diligence, reviewers have to be careful.

What's your opinion of anonymous reviews?
If you look at the history of book reviewing, a lot of the best critics in the English language began by reviewing anonymously. I think it's a wonderful discipline.

But what's the point?
I suppose for contemporary reviewers it eliminates any sense of the personal ax to grind. It abstracts the relationship between the reviewer and the author. But in the Bloomsbury days, everyone knew everyone and everyone reviewed everyone. It was a different attitude than the contemporary keep-it-clean approach. That's a more contemporary American approach, whereas the British approach doesn't seem to mind a connection. In fact, sometimes there's animosity between reviewer and author.

Would you rather read an overwhelmingly positive, negative, or lukewarm review?
Not boring. I think all of us who are reading and online much of the day and immersed in stacks of reading want to have material that's clear, witty if possible, certainly informed. I don't care about somebody's thumbs up or thumbs down. I don't care about a summary of the book. Context is the most important thing for me in reading a review.

Do you think the overall quality of book reviews is high?
I think it's been improved over the last couple years because of competition. I think most book critics today have really had to rethink their approach and make sure they're not losing readers. I think everyone's had to sharpen their game.

Late last year the NBCC launched the Best Recommended List—now called Good Reads. Why?
It's an alternative to the best-seller lists. We have the opportunity to survey our 825 members plus our former award winners and finalists and, on an informal basis, ask them what they're reading and recommending. I think it's a kind of snapshot of book culture today.

What are you reading this summer?
I was just looking over the list of forthcoming books that I'm planning to enjoy, including Roxana Robinson's new novel Cost—I reviewed her last story collection for Kirkus Reviews, she's a modern day Edith Wharton; Marilynne Robinson's new novel Home—I reread Housekeeping every year or so for craft and structure and mystery; Rabih Alameddine's The Hakawati, a twenty-first-century spin through The Arabian Nights by an inventive young writer; and The Garden of Last Days by Andre Dubus III—his House of Sand and Fog shows he can write about today's terrors and concerns without losing the texture of literature. Ethan Canin's America America is on my stack—a political novel for the presidential year; and the new Hannah Tinti novel, The Good Thief—I've been waiting for this one.

A Newspaper Expands Book Coverage While Yet Another One Cuts It Back
by Staff | Daily News 1.3.08
In an editorial published in last Sunday's edition of the Times-Picayune, a daily newspaper in New Orleans, the editors wrote, "In the past year, newspapers across the country have made dramatic cutbacks in their coverage of books," and went...
Another Newspaper Cuts Back Coverage Of Books
by Staff | Daily News 6.26.07

It is, by now, a familiar story, but one worth repeating: Another newspaper has decided to cut back its book review coverage. The Sunday book review section of the San Diego Union-Tribune has folded—the June 24 stand-alone section was the...

The former Atlanta Journal-Constitution books editor discusses the public response to the elimination of her job and the future of book reviewing.