Last November Alice Quinn stepped down as poetry editor of the New Yorker after twenty years in the position. She was succeeded by Paul Muldoon. Quinn came to the magazine as a fiction editor in January 1987, and took on the role of poetry editor after Howard Moss passed away in September of that year. Over the past two decades, she has published the work of some of the country’s most celebrated poets. 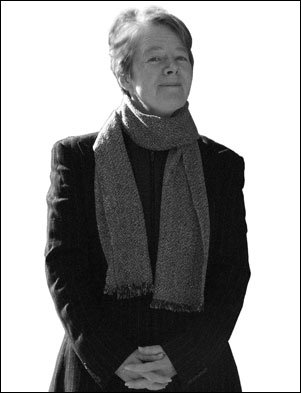 In 2001, Quinn scaled back her work at the magazine in order to assume the directorship of the Poetry Society of America (PSA), a position previously held by Elise Paschen. In announcing her decision to leave the New Yorker, Quinn said she plans to devote more time to the nonprofit organization (which will celebrate its centennial in 2010), and to her job as an adjunct professor at Columbia University's School of the Arts. She is also editing a collection of Elizabeth Bishop's journals and notebooks, a project that follows Quinn's collection of the late poet's unpublished writings, Edgar Allan Poe and the Juke-Box (Farrar, Straus and Giroux, 2006).

On one of her final days at the magazine, Quinn spoke about her job there and her prospects as a poetry editor.

How did you feel about the appointment of Paul Muldoon as poetry editor?
It was really my dream to have him succeed me. David [Remnick] asked, "What would you think about Paul Muldoon?" and honestly, I almost did a jig. You lay a foundation and then you see that somebody you adore and admire is going to come and shore it up and further it, and that's great.

Who do you perceive to be the audience for the New Yorker's poems?
I feel that New Yorker readers are people who were profoundly connected to poetry in childhood, adolescence, or college, who want to touch base with it and want to feel that they still can read poetry. The New Yorker gives poets access to an international audience of literarily eager people who are sampling poetry.

What changes have you noticed in poetry?
Poetry's a little swervier now. There are a lot of leaps being made, and an enjoyment of humor, playfulness, mystery—a certain ebullient spontaneity. I feel that in the work of the younger poets, and I love it. Of course, I'm still a great believer in Robert Frost's dictum that a good poem should be like a piece of ice on a hot stove; it should ride on its own melting. I feel there's more openness to the work that Jean Valentine and Rae Armantrout and Fanny Howe are doing, and some of that derives from the enjoyment that the poets in their twenties and thirties take in that work. They don't enshrine it in a totally academic and fierce and somewhat defensive, even belligerent, way. They don't feel they have to argue for it; they just enjoy it.

Where will poetry take you next?
First I would like to produce a very good book of Bishop's journals. I will have time in which to go to the Houghton Library in Boston and to the archives at Vassar, and St. Louis, where they have the May Swenson–Elizabeth Bishop correspondence, and to really get in a little bit of that dreamy investigative time that you get when you're at a rare-book library. Will I pursue other book projects or will I want to become an editor-at-large at a poetry house I admire? I'm not sure. For the time being, I really see PSA as an important focus of my devotion. But I can't pretend that it is in any way easy to leave the New Yorker. There's nothing that's going to take the place of people in [my] apartment building and people in London saying, "I loved that poem in the New Yorker last week." The New Yorker is a magical place.

Poets House and PSA Branch Out
by Daniel Nester | News and Trends 5.1.05

Aided by a $260,000 grant from the National Endowment for the Humanities, Poets House and the Poetry Society of America, two nonprofit literary organizations based in New York City, recently partnered to establish Branching Out: Poetry in the...