Puerto Rican Writers in the Spotlight

In November the Andrew W. Mellon Foundation and the Flamboyan Foundation’s Arts Fund announced the inaugural recipients of the Letras Boricuas Fellowships, a new award for Puerto Rican writers living either on the island or within the U.S. diaspora. Seven fellowships were awarded for poetry, eight for fiction, four for creative nonfiction, and one for children’s literature; each fellow received an unrestricted grant of $25,000. In a press release Mellon president Elizabeth Alexander characterized the group as showcasing the “depth and breadth of Puerto Rico’s stories and histories across literary genres and a range of styles.” In addition to receiving funding, the fellows will be invited to a gathering in San Juan in 2023 to meet one another and connect with a second cohort for which applications will open later this year. Writers must have published a book or three pieces in literary journals in the past five years, with the exception of spoken word poets, who may submit three links to videos of performances at public events. 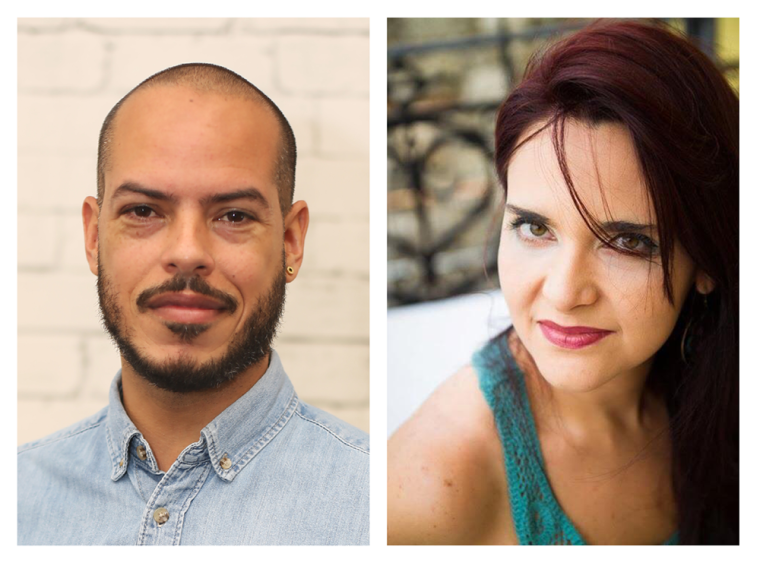 Xavier Valcárcel and Carmen R. Marín are members of the inaugural class of Letras Boricuas Fellows. (Credit: Courtesy of the Andrew W. Mellon Foundation and the Flamboyan Arts Fund)

The inaugural fellows are diverse in their backgrounds, aesthetics, and sociopolitical commitments. Fellow Xavier Valcárcel, a creative nonfiction writer and poet who was born in San Juan and grew up in Loíza, emphasizes that Puerto Rican literature has long flourished because of the labor of noninstitutional writer communities. He says Puerto Rican literature “survives, is known, and shines thanks to the tireless effort of self-management by writers who are also editors, school and university professors, librarians, booksellers, and book distributors—and not thanks to the State or institutions,” and he believes that the fellowship is a sign of support and recognition for this work that has already been done. Valcárcel describes his creative growth as linked to the “violence and beauty of an archipelago that does not rest or end” and says his writing reflects many confluent identities: “the ‘queer,’ the Puerto Rican experience, the trapped against the sea, the broken, the dreams of the possible and the impossible, from a voice that is not just one but multiple voices at the same time.”

Carmen R. Marín, a fellow in poetry, left Puerto Rico after university to move to New York and said that meeting Puerto Rican writers of the diaspora gave her a sense of the immense diversity of Puerto Rican identity. “I could not stop being amazed then by the different ways in which we all felt about, defined, and interacted with the sense and the idea of being Puerto Rican. I still am.” After returning to the island in 2001 with her then eight-year-old son, Marín joined a workshop at the Librería Mágica in the Río Piedras neighborhood of San Juan called “Taller para sobrevivientes” (Workshop for Survivors) and later took poetry workshops in the living room of Mairym Cruz-Bernal, where she found a community of writers who allowed her to “feel alive again.” In her work she seeks to explore “the ways in which regular people (mostly women) deal with the everyday challenges of living on this island,” without ever reducing Puerto Rico to a tale of resilience—a word she says is used to “disregard, with a condescending smile, the deep social, economic, political, and psychological problems that we have to endure.” The resilience of a people should not be romanticized, says Marín, but it is something “to be noted.”

Looking ahead, both Marín and Valcárcel mention that the funds from the fellowship will enable them to devote more time to their writing and, critically, Valcárcel notes, “rest for a moment.” He continues: “Being an independent artist in a colony in crisis is very taxing. And even more when one does not want to stop creating or fighting for what is fair.” Both writers also look forward to the gathering in 2023. As Marín puts it: “The fellowship has stressed, for me, one of the most beautiful senses of the word fellowship: the companionship, the sense of feeling in company of equals and friends.”

As the fellows connect with the new and familiar faces in their cohort, the Letras Boricuas program simultaneously offers the long-overdue opportunity for a wider American public to come to know and read an already flourishing and diverse literary community of Puerto Rican writers. These writers have grown through their own networks, mythologies, and self-determined narratives while carrying the island’s history of colonization, military occupation, and U.S.-induced economic crisis.

Megan Fernandes is a writer living in New York City. Her most recent book of poetry, Good Boys, was published by Tin House in 2020. She teaches at Lafayette College.

“Choose the bilingual, the multilingual, and the polyglot.” —Ricardo Alberto Maldonado, author of The Life Assignment