The National Book Foundation (NBF), which celebrates literature through such prestigious prizes as the National Book Awards and 5 Under 35, recently launched an exciting new initiative: the Science + Literature program. A collaboration between the NBF and Alfred P. Sloan Foundation, Science + Literature highlights three books a year that deepen readers’ understanding of science and technology. The author of each title receives a cash prize of $10,000 and will be featured at events in cities across the United States during the coming months.

That hip, web-savvy plus sign (+) in the program’s title is apt, as it speaks to its goal of bringing science-centric books to a wider audience. Dr. Morgan Halane, a biologist and cofounder of #BlackBotanistsWeek, who served on the inaugural selection committee of the program, spoke to that aim in an e-mail: “It feels like there’s often a disconnect between what we think of as ‘science’ and our day-to-day lives. The reality is that science affects us on a personal level all the time, something that the global COVID-19 pandemic has highlighted. I hope that the Science + Literature program will help break down some of the barriers still standing between science and the public’s engagement with science—de-emphasizing the idea of science as something being done behind closed doors by people in lab coats, and instead feeding our curiosity about how science affects us.” 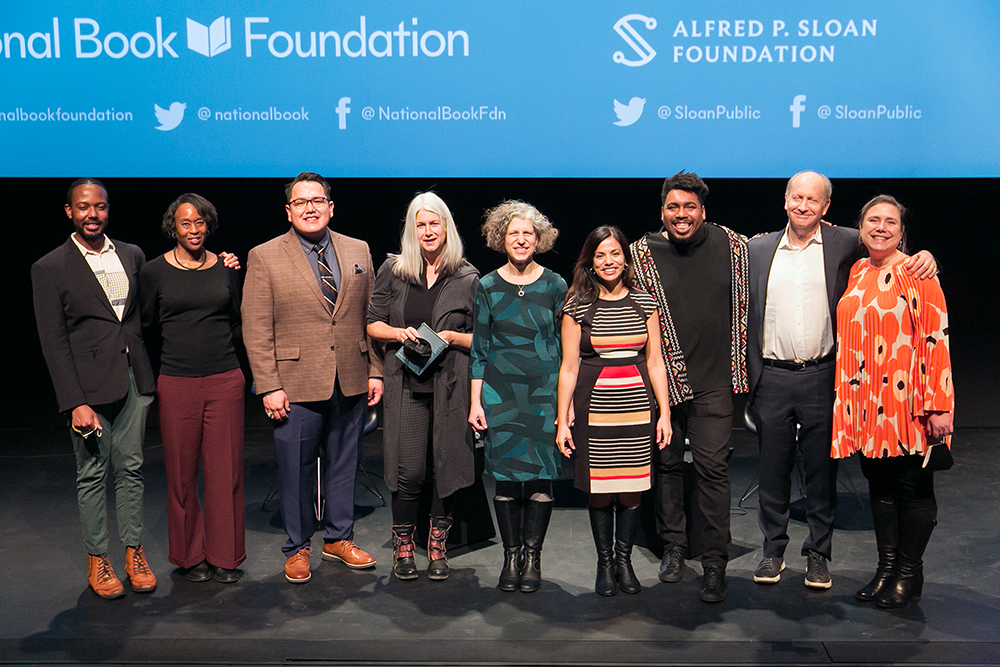 That plus sign also signals the forward-looking nature of the program, which doesn’t focus on any one genre of literature, but rather highlights books across genres, and even books that boldly combine genre in hybrid form. Daisy Hernández’s The Kissing Bug: A True Story of a Family, an Insect, and a Nation’s Neglect of a Deadly Disease (Tin House, 2021), for instance, is part memoir and part investigative report on Chagas, a rare illness known as the “kissing bug disease” which disproportionately affects low-income Latinx communities, including the author’s aunt. (It also just won the prestigious PEN/Jean Stein Book Award.) The other two inaugural titles are Linda Hogan’s The Radiant Lives of Animals (Beacon Press, 2020), an exploration in poems and essays of the author’s relationship with animals, and Rachel Pastan’s In the Field (Delphinium, 2021), a novel based on Nobel Prize–winning cytogeneticist Barbara McClintock that explores sexism and discrimination in the scientific community.

The winning books were selected by a committee of authors and scientists: Halane was joined by fiction author Lydia Millet, UCLA Gender Studies and African American Studies professor Dr. Safiya U. Noble, NASA engineer Aaron Yazzie, and Margot Lee Shetterly, author of books including Hidden Figures: The American Dream and the Untold Story of the Black Women Who Helped Win the Space Race (William Morrow, 2016). On March 3, the committee members joined the public and this year’s awardees for the Science + Literature Program’s kick-off celebration at the Museum of the Moving Image in Astoria, Queens. The in-person event featured the three inaugural prize winners in a conversation moderated by Saeed Jones, author of the memoir How We Fight for Our Lives (Simon & Schuster, 2019), the first of what promise to be many dialogues the prize will engender at the intersection of literature and science.

Brian Gresko is a writer and teacher based in Brooklyn. He co-runs Pete’s Reading Series, Brooklyn's longest running literary venue.

The nonprofit Creature Conserve brings together artists, writers, and scientists through classes, events, and more, all with a mission to support conservation by focusing on how we tell stories about animals.