Toby Campbell understands that storytelling is good medicine. As an oncologist and associate professor in the Hospice and Palliative Medicine Fellowship Program at UW Health—the academic medical center and health system at the University of Wisconsin in Madison—he teaches fellows that communication with patients is not about delivering statistics but rather helping them to imagine possible outcomes for their care. In Campbell and his fellows’ specialty, these outcomes are often inherently grim. New doctors assume a significant emotional burden as they lead patients through end-of-life care; seasoned clinicians must resist becoming jaded to their work while finding ways to replenish their own emotional resources. This is where Campbell sees another, perhaps more surprising place for storytelling: in helping doctors to process and sustain their most demanding work. 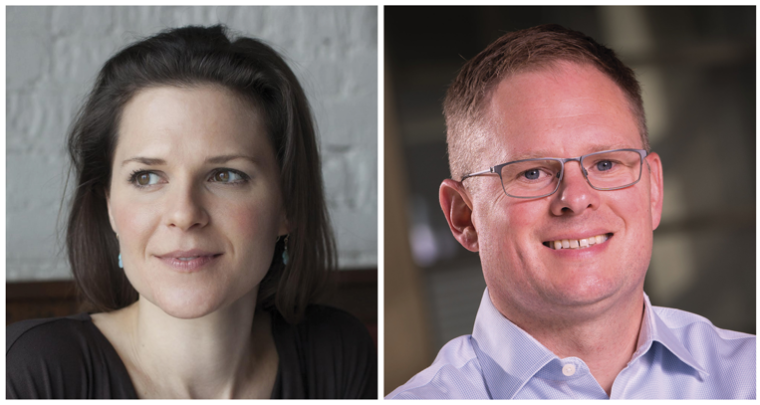 Since 2017 Campbell has partnered with novelist Michelle Wildgen to offer writing classes to the fellows in his program, as well as other interested doctors in the UW hospital system. While the field of narrative medicine—the practice of using personal storytelling as an element of clinical care—has grown in recent years, traditionally its application has focused on patients. Campbell, who previously directed the fellowship program, believes it may be among the first in the United States to flip this script and develop a writing class that applies narrative medicine to hospice fellows’ self-care. The idea was born of Campbell’s own experiences in college writing workshops and, later, journaling and publishing articles about his work. He found that the practice of constructing narrative “aligned well with the way I like to process things.” Initially Campbell himself led short writing exercises during biweekly self-care workshops for fellows, before deciding to call upon Wildgen’s expertise to expand the program.

Wildgen, whose books include Bread and Butter (Doubleday, 2014) and who founded and codirects the Madison Writers’ Studio, was eager to take on the challenge. She believed the opportunity to develop a concrete skill might appeal to the driven personality of her new students, in addition to offering respite and space for self-care. To better understand the demands of doctors’ jobs and how the workshop would fit into fellows’ routines, Wildgen spent a day shadowing Campbell in his clinical rounds. “I’d only been there until lunchtime, but I felt exhausted—all I had done was sit and stand, but it was emotionally really heavy,” she says. “I had never experienced that before, where the emotional experience you had felt physical.”

The classes consist of seven or eight students and convene one morning a month in a meeting space on the hospital campus, before scrubs are donned and the day’s pressures set in. Wildgen organizes each class around adding a new skill to the doctors’ toolkit as writers, with the season’s final meeting focused on revision. The class centered on sensory detail is a favorite: “They’re doctors, so they’ve got some really gnarly stuff if they want to call upon it,” says Wildgen. While many doctors use the class as an opportunity to write directly about their work, the choice of topic is theirs. At first Wildgen considered making medical writing the explicit focus of their assignments, but she soon realized that this undercut what she hoped to offer to the doctors: “They are people beyond just being physicians, and part of self-care is allowing for that.” Similarly class readings include classics of medical narrative, like the work of Oliver Sacks, alongside that of literary vanguards such as Seamus Heaney and Alice Munro. At the end of the semester, a public reading at a local independent bookstore showcases the doctors’ work as well as the skills and community they’ve built.

The doctors’ writings offer a window into the complexities of the pressures they face. Death and illness are themes, but so are the subtler interpersonal challenges that come with their work. Many female doctors write about giving birth, their familiar role reversed during a crucible moment. Others reckon with the newly conferred—but still limited—power their position affords. “There was one doctor who wrote really beautifully about treating someone who turned out to be the parent of one of his colleagues,” says Wildgen, “and that feeling of becoming more comfortable as his palliative care skills came in—and watching his colleague become less and less comfortable as his parent was dying.” Another fellow wrote through the experience of helping a terminally ill patient pick the day they would take him off oxygen support and end his life.

For some physicians, being open about the emotions that accompany their clinical experiences can feel uncomfortable, even inappropriate. Campbell hopes the class grants fellows necessary permission to acknowledge these feelings: “I think many times you feel guilty—that this is the patient’s experience—but we’re trying to help them understand that they have an experience too, and it’s fair to experience something that’s uniquely and distinctly their own.” Doctors also find that the writing requires new vulnerability on their part. Pediatrician Jessica Babal came to Wildgen’s class with an interest in narrative medicine and had previously taken workshops in the subject at Columbia University. “Some clinical experiences are a little harder to reach because you’re so in the practice of not processing them,” Babal says, but she finds that engaging with that discomfort begets self-compassion and, in turn, compassion for others.

As a result of the classes, at least two doctors have been spurred to pursue narrative medicine as an academic specialty; for many more the impact is more personal but equally profound. Winny Hung, a former attending physician and medical director at a hospice care center where fellows train, took Wildgen’s first classes in 2017. “Michelle created such an accepting, nonjudgmental space for us, encouraging us to write without censor,” says Hung. “In this safe place I clumsily tried out every literary tool she introduced. In nearly twenty years in emergency, then hospice, medicine, I had accrued so many ghosts. All of the patients and families I had known, diagnosed, helped, healed, failed—all of them had affected me. The roulette of scenarios that doctors experience over a career leave remnants, no matter how seemingly stringent our compartmentalization, because we are human.”

It is this humanity that the writing classes promise to protect and consequently allow to enrich the doctors’ work. Wildgen can see applications of the classes for other professions but for now is focused on her work at UW Health, where there are plenty more stories to tell. As Hung reflects on the experience: “In the world of the dying, much time is spent doing legacy work. I was indulging in a similar sacred story work, only with the glorious luxury of not having to be dying to do it.”

Emma Komlos-Hrobsky is the associate editor of Poets & Writers Magazine.

Where Poetry Meets Journalism
by Dana Isokawa | News and Trends 10.9.19