Learning to Read a Doctor's Books

Vladimir Nabokov once wrote, “Does there not exist a high ridge where the mountainside of ‘scientific’ information joins the opposite slope of ‘artistic’ imagination?” This was, of course, a rhetorical question, but Nabokov’s own life proved that this connection indeed exists. A dedicated lepidopterist (one who studies moths and butterflies), Nabokov not only held a post at the Museum of Comparative Zoology at Harvard University, he also wrote Lolita, a classic of 20th-century literature. I was recently reminded of Nabokov’s butterflies in, of all places, a dead man’s apartment in Boston. 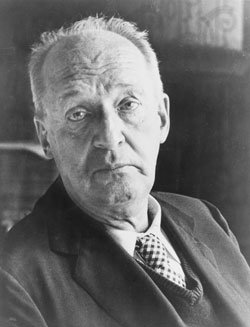 I didn’t get all choked up when pathologist Stanley Robbins died last October at the age of 88. I wasn’t, after all, a relative or medical colleague. Not even close. My connection to the octogenarian doctor was this: He’d been a good friend of my wife’s family for years, and I’d seen him at numerous Passover seders thrown by our mutual pal, the cardiologist Bob Berger. Although we were both writers—Stanley published his famous Textbook of Pathology in 1957, and it has since sold over 2 million copies—I didn’t give Stanley’s craft much thought. He was, after all, only a writer of science textbooks. I attended his funeral, but others did the necessary crying. Then I more or less forgot about Stanley.

Until the day, that is, when Bob invited my wife and me to Stanley’s old apartment, at 1010 Memorial Drive, to see if we wanted any of the items his family had neglected to take home with them. Bob advised me that there were “some nice glasses and a hi-fi set” still available, and that Lisa and I, who were “just starting out in life,” could perhaps use them. The idea of drinking from a dead man’s glassware seemed slightly creepy, and it had been decades since anyone I knew used a “hi-fi set,” but I decided to go anyway.

Inside the apartment I found the picked-over objects of a long life: a collection of Stanley’s goggle-style glasses, a boxed set of records of FDR’s speeches, a RadioShack Micro-17 cassette recorder, a lone bottle of Corona in the fridge. But that wasn’t all. Stuffed here and there on his bookshelves—next to various editions and translations of his pathology textbook—was an impressive collection of literature.

I found a first edition of Gertrude Stein’s Paris France, a first edition of the second volume of George Santayana’s autobiography, and a first edition of André Malraux’s 1936 novel Days of Wrath (which is dedicated “TO THE GERMAN COMRADES who were anxious for me to make known what they had suffered and what they had upheld, THIS BOOK, WHICH IS THEIRS”). I took home a pristine stack of not-quite-first-edition hardcovers, including Mary McCarthy’s Cast a Cold Eye, Dylan Thomas’s Collected Poems, and E.B. White’s The Second Tree From the Corner. I snatched a little, blue, three-volume War and Peace (by “Lyof N. Tolstoï”) published in 1899, an English-language Rabelais from 1905, and a 1957 printing of Francis Steegmuller’s translation of Gustave Flaubert’s Madame Bovary. Even the more recent editions were keepers—Jorge Luis Borges’s The Aleph and Other Stories, M.F.K. Fisher’s Consider the Oyster, Flannery O’Connor’s letters—as were the too-brittle-to-actually-read paperbacks, such as Satchmo by Louis Armstrong and Anton Chekhov’s St. Peter’s Day and Other Tales.

“You’re a true scholar,” Bob said to me as I squinted at the shelves, but the truth is that I’m a used-bookstore junkie and an incurable literary snob. All these books, all mine for the taking, made me feel extremely lucky. “Let the dead bury the dead,” I thought. “The living have reading to do.” But then, as I happily packed my loot into paper bags, a series of questions dimmed my mood. Why the hell didn’t I know that Stanley was a collector of great literature? And why was I so astonished to learn that a guy who wrote a famed pathology text had some wonderful nonscientific books arranged on his shelves? Was some sort of literary chauvinism at work here?

It was, and I should have known better. I knew about C.P. Snow and The Two Cultures, his classic book, published in 1959, about the supposed split in our society: the arts or humanities on one side, and the sciences on the other. I’ve read my Stephen Jay Gould and my Oliver Sacks. Scientists, it has been said, are quite interested in literature. Rumor has it that certain members of the lab-coated crowd love fiction and poetry and belles lettres in a way that literary writers couldn’t imagine. On cue, my mind dug up that quote from Nabokov and I realized that my own prejudice against the literary lives of scientists was as deep as that ridge was tall.

I wondered what sort of book-chat Stanley and I might have had. I would have been extremely curious, for instance, to hear what influence E.B. White, Tolstoy, and Gertrude Stein had on his own prose, for which Stanley was renowned. In his Boston Globe obituary, Shari Rudavsky wrote, “Employing a chatty writing style and peppering his prose with lighthearted asides, the Cambridge resident rendered pathology accessible.” But Stanley and I never talked about writing. I was always too busy with my own “literary” concerns to engage in conversation with the doctor. I should have talked to him; I might have learned something.

In the late Stanley Robbins’s apartment, I started to regret the missed opportunity. But as I picked up my book-heavy bags and headed for the elevator, I thought of the hours of great reading I had ahead of me. I remembered something W.H. Auden once wrote, in a somewhat different context: “The words of a dead man / Are modified in the guts of the living.” I realized that, by paging through Stanley’s old books, I would finally be engaging in a literary conversation with the doctor, and it would be a long one.

Ken Gordon writes for the New York Times, the Boston Globe Magazine, and Salon, among others. He is the editor of Jbooks.com.

The Guardian, the British newspaper founded in 1821, recently compiled a list of the top fifty film adaptations of books.

It's been a half century since G. P. Putnam's Sons published Lolita and brought the infamous novel to American readers three years after its explosive reception in Paris, and while the anniversary of the literary classic's stateside...