This spring, Spartanburg, South Carolina–based Hub City Press is partnering with Charles Frazier, author of the National Book Award–winning novel Cold Mountain (Atlantic Monthly Press, 1997), to launch a new series that will highlight literary fiction from the South. The Cold Mountain Fund Series will further the independent press’s mission to publish place-based books and strengthen literary culture and community in the region. 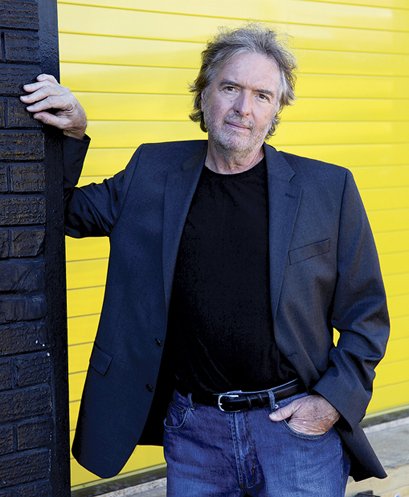 Hub City Press director Meg Reid says the publisher has had high-profile support before, but the partnership with Frazier is unique. “We do have a lot of New York Times best-selling authors sharing about us on social media, blurbing our books, and getting books into the right hands. But this is different because Charles is a long-term icon of Southern tales and feels like a very natural part of what we do. Next year is our twenty-fifth anniversary, and this series is cementing our path as a nationally recognized independent press.”

Frazier, who in addition to Cold Mountain is the author of the novels Thirteen Moons, Nightwoods, and Varina, published last year by Ecco, will help fund the advances for books in the new series as well as marketing and publicity initiatives. He will also make occasional appearances with series authors and at Hub City events. “I’ve been interested in Hub City books for a long time,” Frazier says. “I like independent presses. I was looking around my office right now and so much of what’s lying on my desk and the tables is from independent presses like Copper Canyon, Hesperus, and Graywolf. I wanted to support a strong and thriving Southern independent press, with regional authors who often get excluded from the more corporate New York publishing world.”

Hub City Press, which also publishes poetry and nonfiction, tends to sign writers from nontraditional writing backgrounds. “Because the South doesn’t have the literary networks other regions have, writers have to get day jobs and find alternative routes to publication,” Reid says. “As we grow we’re hell-bent on preserving a democratic approach to sourcing our books.” The press is part of a larger organization, the Hub City Writers Project, which is dedicated to building literary community in the South through its bookstore in Spartanburg, which frequently hosts readings and events, along with an annual writing conference, a residency program, and a contest series, among other programs.

The first title in the Cold Mountain series, Jessica Handler’s debut novel, The Magnetic Girl, was published in April. It tells the story of an adolescent girl who develops a vaudeville act in small-town Georgia two decades after the Civil War. In October the press will release Mark Barr’s debut novel, Watershed, about a couple struggling to make a living in rural Tennessee after the Great Depression. And in April 2020, Carter Sickels will publish his novel The Prettiest Star with the series; it revolves around a man seeking to return to his hometown in Appalachia after living in New York City during the AIDS epidemic.

Reid and Frazier are both interested in representing the diversity and racial complexity of the South. “Part of Hub City’s mission is championing lesser-heard perspectives,” Reid says. “In our books we’re looking for diversity in voices and experiences in a region that’s really quite huge. It spans from Arkansas to Kentucky, from Virginia to Texas, which is over 110 million people. We’re looking to reinterpret and reimagine and interrogate the South, in ways modern, imagined, and historical.”

Frazier notes the historical legacy Southern writers face. “There’s so much that’s changing in the culture in terms of the Civil War, which has been the elephant in the room of Southern fiction for a long time,” he says. “A Southern voice has a particular perspective of the history of this region and the ways we deal with the legacy of race and persistence of racism here. With [my novel Varina] I was trying to look at how that legacy lives on, that we as a nation have not been able to rid ourselves of the original sin of slavery.”

Hub City plans to publish two titles each year as part of the Cold Mountain series and is open to agented submissions year-round and non-agented submissions in March, April, September, and October. Reid hopes the series will spotlight books that offer a new understanding of the region’s historical legacy. “The South has been through so much economic and racial turmoil,” she says. “The stories that cross my desk and interest me the most are the ones that have something new to say and show a new way forward.”

Gila Lyons has written about feminism, mental health, and social justice for the New York Times; O, the Oprah Magazine; Salon; Vox; Cosmopolitan; Good; and other publications. Find her on Twitter, @gilalyons, or on her website, gilalyons.com.

Some Room to Breathe: A Conversation in Praise of Quiet Books
by Leesa Cross-Smith | Online Exclusive 4.11.18