For the past few months, literary writers, editors, and critics have been using some strong adjectives while discussing To Read or Not to Read, a report released last November by the National Endowment for the Arts (NEA). “Scary,” “sad,” and “downright depressing” have been common responses—and for good reason. Reading in America is in serious decline, according to the NEA, especially among the young. Fewer than one-third of thirteen-year-olds read for pleasure every day—a 14 percent decline from two decades ago—while the percentage of seventeen-year-old non-readers doubled over the same period. Americans between the ages of fifteen and twenty-four watch television about two hours a day, the study reveals, but read for only seven minutes.

These and other findings in the report—which confirmed and expanded upon those previously published in Reading at Risk, the 2004 NEA survey indicating that Americans were reading fewer books of fiction, poetry, and plays—have obvious implications for writers, both in terms of the audience and market for their work and, more generally, for literature’s lasting impact on American culture. 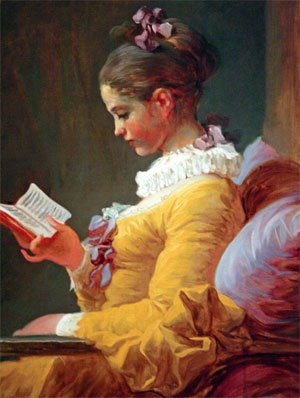 Whereas Reading at Risk focused mainly on literary reading trends, culling information from a survey of more than seventeen thousand people aged eighteen and older about their consumption of novels, short stories, poetry, and plays, To Read or Not to Read gathers statistics from more than forty national studies on the overall reading habits of children, teenagers, and adults, and includes all varieties of reading, including books, magazines, newspapers, and online reading.

Both studies, however, come to the same grim diagnosis: There is a general decline in reading among teenage and adult Americans.

“The odd thing is that there’s no lack of writers,” says Donna Seaman, associate editor of Booklist, the review journal of the American Library Association. “I see hundreds of books every week—beautifully crafted, deeply felt works of fiction and poetry—and yet people are reading less. Everyone wants to write, no one wants to read; the disconnection is startling. That’s a real puzzle and a real challenge for creative writers in particular. I think we’re in danger of becoming a lost art, a lost world, if we’re not awakening the love of reading in young people.”

Novelist Audrey Niffenegger, author of The Time Traveler’s Wife (MacAdam/Cage, 2003), agrees: “When you hear things like this, your stomach kind of falls and you think, ‘We’re headed for perdition.’”

“It makes me very concerned that serious reading is becoming such a specialized endeavor that it’s completely separate from the culture,” says Christian Wiman, the editor of Poetry magazine, whose book of essays, Ambition and Survival: Becoming a Poet, was published by Copper Canyon Press last year. But Wiman realizes that no matter how overwhelming the problem may seem, quiet resignation is not an appropriate response. “I don’t think it’s always been that way,” he continues, “and I don’t think it’s a foregone conclusion that it has to be that way. I’ve heard people say, ‘You can’t resist the current, you can’t resist the times.’ But you do have to resist the currents of the times when they’re negative. These declines in reading are real, and something has to be done.”

But what? Teachers shoulder much of the burden of improving reading skills among students, but the new NEA report suggests that parents can play an important role by reading to their children and modeling the habit. Other strategies might arise as we begin to understand another reason why young people are reading less—one that is more complicated than the notion that they’re simply watching too much TV or spending too much time surfing the Internet. According to Timothy Shanahan, a professor at the University of Illinois, Chicago, and past president of the International Reading Association, many young people don’t read because, they say, it’s lonely.

“What kids like about [instant messaging] and text messaging is that it’s playful and interactive and connects them to their friends,” Shanahan says. “The Harry Potter books were popular not mainly because of this wonderful story and the language, I don’t think, but because it was this huge phenomenon that allowed young people to participate in it. What was exciting was reading what your friends were reading and talking to them about it. People of all ages are hungry for that kind of community.”

The NEA seems to agree, pointing to the Big Read, its national program in which communities around the country are reading American novels such as Edith Wharton’s The Age of Innocence and Amy Tan’s The Joy Luck Club. Similarly, a year after Reading at Risk was released the Poetry Foundation partnered with the NEA to organize Poetry Out Loud, a program in which students memorize and recite poems as a way to forge connections to poetry. And book clubs, from the Oprah Winfrey juggernaut to small neighborhood gatherings, continue to gain momentum.

But some say another fundamental factor in the decline of reading must also be addressed: contemporary writers themselves, who have a critical role to play if current trends are to be reversed. “I do think for a long time writers turned completely away from the audience,” Wiman says. “You can’t simply go back to the past, of course, but I do think writers have to be aware of an audience.” Niffenegger points specifically to modernism as a wedge between writers and readers. “There was a shift away from narrative, where writers gave you less and less and made you work harder and harder. People got the idea that everything was going to be like Finnegans Wake, and everybody just said, ‘Okay, we’re going to the movies.’”

Still, not everyone foretells the apocalypse. Tree Swenson, the executive director of the Academy of American Poets, insists that all signs point to an increased interest in poetry in America, particularly online. “The Internet is a well-matched medium for poetry, in part because the unit of consumption isn’t the book of poetry—it’s a single poem, short and compact,” she says. “The Web and e-mail have also facilitated people sending poems to one another. Yes, the larger trends are disheartening, but if I can come back to poetry, I can find my thread of optimism.”

To Read or Not to Read has the potential to inspire positive change. “On the surface, the study would seem to be bad news for aspiring writers, because you have the impression that the audience base is depleting,” says Sunil Iyengar, the NEA’s director of research and analysis. “On the other hand, there’s a tremendous opportunity for meaningful interactions that can arise from the data. Booksellers, publishers, teachers, librarians, businesses all have a common interest in increasing reading because it exalts their mission. But it also presents an opportunity for writers. By writing well, you’re filling not only a market need; you’re raising the whole level of cultural discourse in this country, because right now the bar is relatively low. Writers could be taken more seriously than ever if people heed the results of the report.”

To read the full report, visit the NEA’s Web site at www.nea.gov.

Kevin Nance is the critic-at-large at the Chicago Sun-Times.

I have long suspected that results of these reading surveys may be skewed by the respondents not reporting the reading they do online. True, they may not be reading book-length pieces, but they probably do read newspapers, various articles, blogs, and, yes, short stories and poetry. I do, however, believe that writers in the literary genres need to go beyond an emphasis on beautiful prose to go back to writing stories people want to read.

The Poetic Appraisal
by Sarah Davis | News and Trends 7.1.06

Poetry in America, the 2006 report released by the Poetry Foundation, has spurred efforts to revitalize an interest in poetry among the general population, and in doing so, has also sparked a debate among those in the literary community...