GalleyCrush: Mothers, Fathers, and Others

Today’s GalleyCrush is Siri Hustvedt’s Mothers, Fathers, and Others, forthcoming from Simon & Schuster on December 7, 2021. 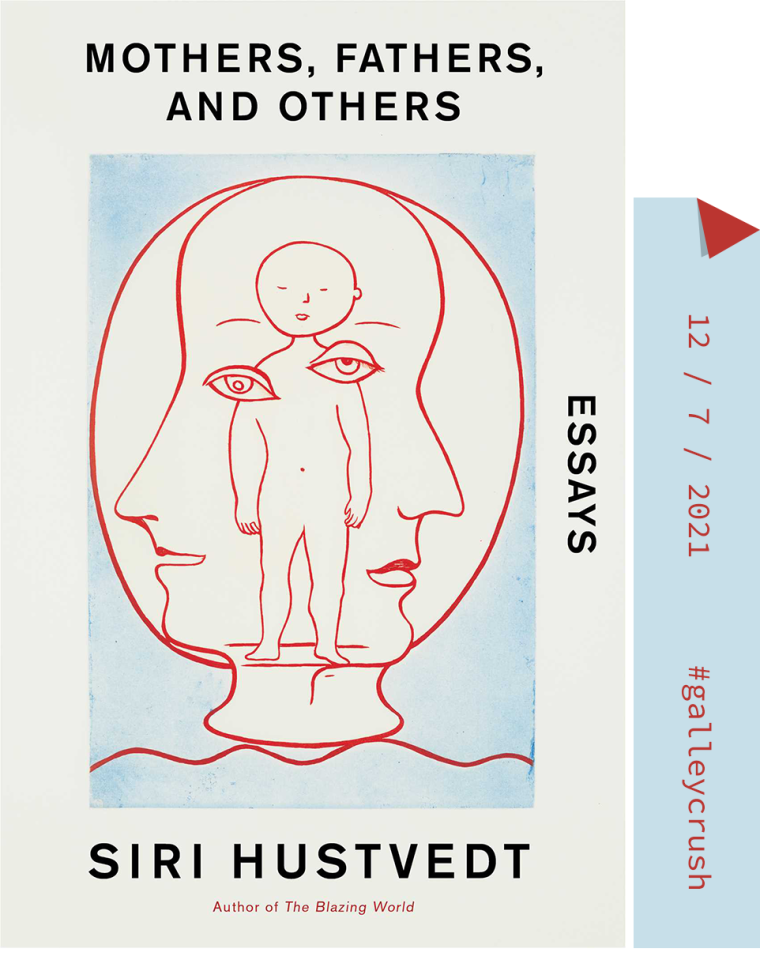 Perfect pitch: “Feminist philosophy meets family memoir in this new essay collection from Siri Hustvedt, an exploration of the shifting borders that define human experience, including boundaries we usually take for granted—between ourselves and others, nature and nurture, viewer and artwork—which turn out to be far less stable than we imagine.”

First line: “My paternal grandmother was ornery, fat, and formidable.”

Author bio: Siri Hustvedt, a novelist and scholar, has a PhD in English literature and is a lecturer in psychiatry at Weill Cornell Medical College. She is the author of a book of poems, seven novels, four collections of essays, and two works of nonfiction. She has published papers in various academic and scientific journals and is the recipient of numerous awards, including the prestigious Princess of Asturias Award for Literature, the European Charles Veillon Essay Prize, an American Academy of the Arts and Letters Award in Literature, and the Los Angeles Times Book Prize for Fiction for The Blazing World, which was also longlisted for the Man Booker Prize. She lives in Brooklyn, New York.

Juhea Kim’s Beasts of a Little Land, forthcoming from Ecco on December 7, 2021.

GalleyCrush: I’m Not Hungry but I Could Eat
by Staff | GalleyCrush 8.27.21

Christopher Gonzalez’s I’m Not Hungry but I Could Eat, forthcoming from Santa Fe Writers Project on December 1, 2021.

John Edgar Wideman’s Look for Me and I’ll Be Gone, forthcoming from Scribner on November 9, 2021.