Today’s GalleyCrush is Yan Lianke’s Hard Like Water, translated from the Chinese by Carlos Rojas, forthcoming from Grove Press on June 15, 2021. 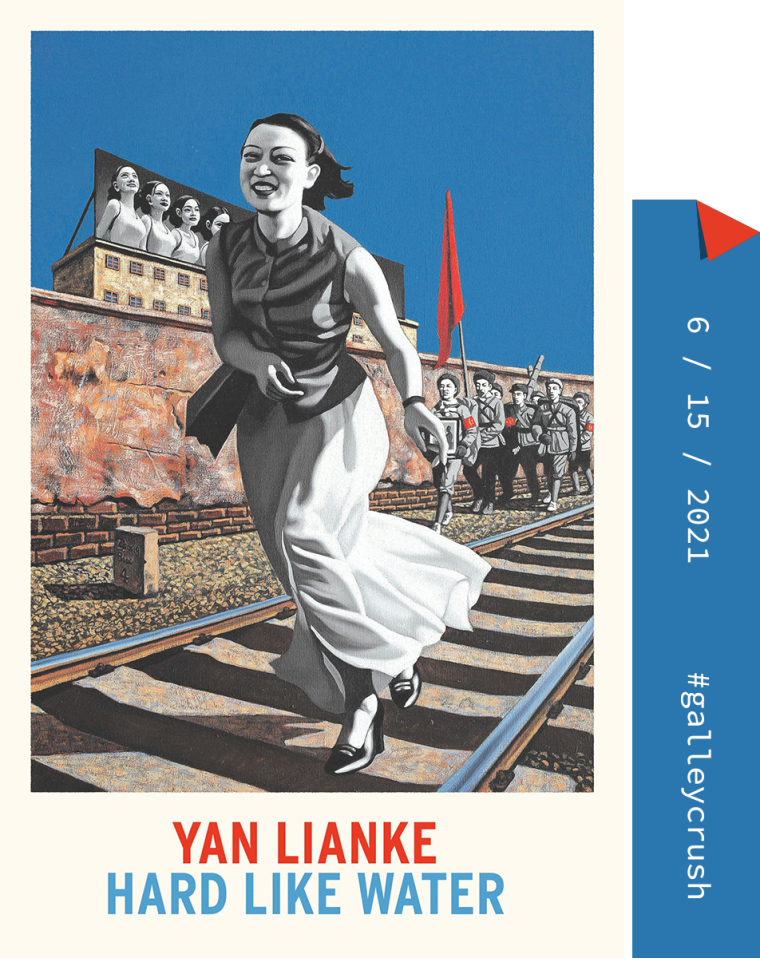 Perfect pitch: “From a visionary, world-class writer, dubbed ‘China’s most controversial novelist’ by the New Yorker, a gripping and biting story of ambition and betrayal, following two young Communist revolutionaries whose forbidden love sets them apart from their traditionally minded village, as the Cultural Revolution sweeps the nation.”

First line: “After I die and things settle down, I’ll reevaluate my life, and specifically the cracks between my speech, behavior, posture, and my chickenshit love.”

Author bio: Yan Lianke is the author of the memoir Three Brothers and numerous novels and novellas, including The Day the Sun Died, The Explosion Chronicles, The Four Books, Lenin’s Kisses, Serve the People!, Dream of Ding Village, and The Years, Months, Days. Among many accolades, he was awarded the Franz Kafka Prize, he was twice a finalist for the Man Booker International Prize, and he has been shortlisted for the Independent Foreign Fiction Prize, the Man Asian Literary Prize, and the Prix Femina Étranger. He has received two of China’s most prestigious literary honors, the Lu Xun Prize and the Lao She Award.

Translator bio: Carlos Rojas is the translator of several books by Yan Lianke, including Three Brothers, The Day the Sun Died, The Explosion Chronicles, Lenin’s Kisses, The Four Books, which was shortlisted for the 2016 Man Booker International Prize, and The Years, Months, Days. His other translations include Yu Hua’s Brothers, which he cotranslated with Eileen Cheng-yin Chow and which was shortlisted for the 2008 Man Asian Literary Prize. He is the author of The Naked Gaze: Reflections on Chinese Modernity, The Great Wall: A Cultural History, and Homesickness: Culture, Contagion, and National Reform in Modern China, as well as many articles. He is a professor in the Department of Asian and Middle Eastern Studies at Duke University.

An exclusive first look at James Hannaham’s Pilot Impostor, which is forthcoming from Soft Skull Press on November 2, 2021. Editor’s Note: This book’s publication date has been postponed to November 30, 2021.

Lee Lai’s Stone Fruit, forthcoming from Fantagraphics on May 11, 2021.