Expanding the Audience for Books

The National Book Foundation (NBF) is perhaps best known for the National Book Awards, one of the biggest annual events in literature since it began in the 1950s. But $1.4 million in new grant money will help the folks behind the NBF prove the organization is more than just an awards show. “The awards are great and make a big impact, but one night is not how you make readers or expand audience,” says NBF executive director Lisa Lucas. “There are people who aren’t plugged into the next new read. Not every community is supplied with ongoing cultural events and artists doing readings and events. Inclusivity is about being in as many places as possible, especially where there isn’t a lot of programming.” 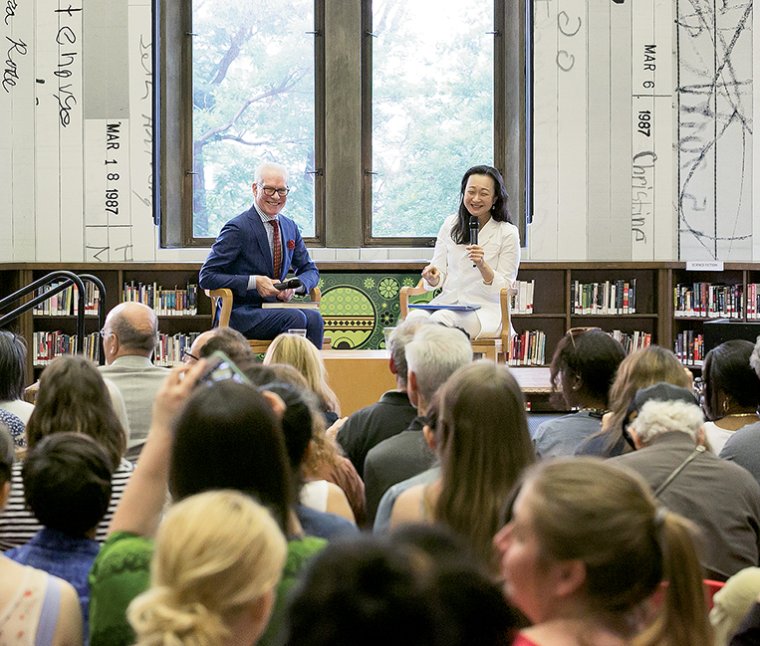 The nonprofit organization, which seeks to “celebrate the best literature in America, expand its audience, and ensure that books have a prominent place in American culture,” announced in May that it will put the $1.4 million toward expanding NBF Presents, a series of public programs for regions and populations with limited access to literary events and resources. By partnering with libraries, schools, festivals, and performance venues across the United States over the next three years, NBF Presents will host a series of initiatives to connect literature to cultural and social issues and expand access to books.

The NBF received $900,000 from the Andrew W. Mellon Foundation, along with additional funding from the Art for Justice Fund, the Ford Foundation, and the New York City Department of Cultural Affairs, among other institutions. “A lot of people making these grants understand the power of information and arming people with access to all kinds of information,” Lucas says. “It’s not just about regional isolation or low-income communities; everyone needs a little push toward the book, toward the emotional and practical benefits of reading.” The Pew Center reported in March that 24 percent of American adults did not read a book in the previous year. The aim of NBF Presents is to improve that percentage and to remind people of the power of reading: “We become more empathic, better informed, more aware of the political and personal context of our lives,” says Lucas.

This year NBF Presents will focus its programming on mass incarceration, the work of James Baldwin, and New York City writers and artists. One of the program’s initiatives, Literature for Justice, will bring together a coalition of writers to recommend books that will help people better understand the problem of mass incarceration in the United States. “When you read a whole book, and spend ten or fourteen hours with a text, it becomes part of you,” Lucas says. “We feel like literature has the capacity to change hearts and minds.” The program will release the reading list in September and start hosting events in October.

In mid-August the NBF launched its Author in Focus program, a series of events that center on the work of a different author each year, beginning with James Baldwin. The NBF has partnered with Velvet Film, which produced the 2016 Baldwin documentary I Am Not Your Negro, to host nationwide educational and public programming focused on connecting Baldwin’s work to current social issues. And in June the foundation kicked off its Notes From the Reading Life event series, copresented with the New York Public Library. The program hosts discussions in the Bronx, Manhattan, and Staten Island, pairing nonliterary celebrities like artists, actors, and comedians with authors to talk about books, which are then available to attendees. Four events took place this June, pairing comedian Desus Nice and critic Rebecca Carroll, writers Alexandra Kleeman and Alex Gilvarry, fashion expert and TV personality Tim Gunn and novelist Min Jin Lee, and art curator Thelma Golden and novelist Kaitlyn Greenidge.

The positive impact of the program is already visible. At the Bronx library event featuring Nice and Carroll, Lucas reports, “There were an enormous number of Desus fans listening to him talk about reading Richard Wright. At the end there was a line of people signing up for library cards.” That’s the kind of engagement the National Book Foundation hopes to see across its new programming. “I live in a book bubble where people believe in books and feel that information and access is really important,” Lucas says. “But we cannot speak to just ourselves anymore. Literature is meant to be disseminated, shared, and valued by all.”

Gila Lyons has written about feminism, mental health, and social justice for the New York Times, Salon, Vox, Cosmopolitan, HuffPost, Good, and other publications. Find her on Twitter, @gilalyons, or on her website, gilalyons.com.

The New York City–based art and politics magazine rings in its second decade with its first paid staff position and the launch of a print anthology.