In the first installment of our three-part series On Reviews (May/June 2003), authors revealed the trials and tribulations of having their work critiqued in a public forum.

In this article, we hear from editors—those who assign reviews for magazines and newspapers nationwide. They respond to some of the charges our authors put forth first time around. They also divulge the thinking behind why they choose the books they cover, what they look for in reviews, and how they ensure the integrity of their editorial content.

Of the 60,000-some books that land in his office yearly, Steve Wasserman, editor of the Los Angeles Times Book Review, has room to cover only about 1,500. “It’s triage every day,” he says. “I feel like a First World War surgeon might have felt on the battlefield at Verdun.” 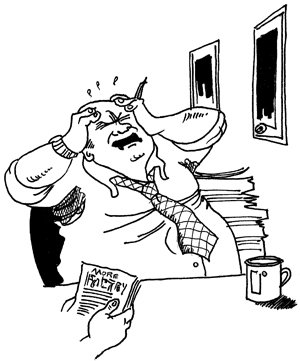 This is an interesting time for books. While there are three times as many books being published now compared to 25 years ago, many magazine and newspapers that publish reviews have faced page cutbacks. A few have increased coverage—both the Los Angeles Times and the Atlanta Journal-Constitution have fattened their review sections recently. And there are new arrivals to the scene. Last year Speakeasy, affiliated with the Loft literary center in Minneapolis, and Readerville, the print version of the Web site of the same name, were launched. In March of this year McSweeney’s introduced the Believer, a four-color monthly with long reviews (of poetry as well as fiction) and interviews.

The overall trend, though, has been toward what one New York Times editor recently referred to as “the incredible shrinking book review,” the result of a weakened economy and an accompanying decrease in advertising for the media industry. Those publications that accept advertising often abide by an advertising/editorial ratio (from 50/50 to 60/40), which means that the length of each issue is determined by how many advertising pages are sold for it. When advertising decreases, so do the pages available for editorial content.

It should be noted that although advertising can affect page count, it doesn’t influence editorial decisions—a suspicion that crops up now and again among some book authors. All respectable print publications follow codes of ethics ensuring, among other issues of editorial integrity, that editorial and advertising function like church and state. When asked if advertising ever affects his choice of which books to review, Chip McGrath, editor of the New York Times Book Review, said absolutely not: “Of all the forms of writerly paranoia, I think that’s the silliest and the most easily proven wrong. The Times’s reputation for integrity and for keeping the editorial and business side separate are so apparent and of such long standing, the question is almost ridiculous to bring up. Furthermore, if it were true, then the only books we’d review would be Grisham and Stephen King and Clancy, because those are the ones that take out the big ads.”

There are editors who publish shorter reviews as a way of providing more coverage with less space, a practice that has been met with criticism by some (especially those authors who prefer comprehensive takes on their work). Nonetheless, this practice allows more titles to be mentioned. The Washington Post, for example, reviews from 20 to 30 books a week—an increase from 15 books a week 10 years ago, when all reviews were 700 words long—through grouping some reviews together by similar subject or genre.

With such limited space for the upward of one hundred thousand books published each year, how do editors choose which ones to review? One major factor—perhaps the major factor—is audience.

Reviewers are accused of having agendas and of cronyism, are called show-offs and career-killers. It's a lot of heat to take for some free books, a few bucks, and a byline.