For nearly two years, WordTech Communications was one of the growing number of small presses using the contest model in which entry fees fund prize monies as well as the publication and promotion of winning books. Some would even say the Cincinnati-based press was gung ho about it, holding a different poetry contest every month. But in June, WordTech announced it was discontinuing its contest program and replacing it with an open-submissions policy, stating that there was more money to be made without contests. 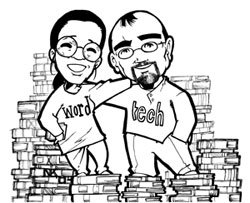 “Our sales revenue has really started to pull away from our contest revenue,” WordTech cofounder Kevin Walzer says. In early 2004 Walzer estimates entry fees had dropped to only about a quarter of the press’s total income. “That’s not what we expected,” he says. “We expected that we’d be flooded with contest submissions.” Walzer admits that the decline may be attributed in part to the fact that WordTech runs so many contests. It may also be due to the fact that last year WordTech began using print-on-demand (POD) technology to publish its books. But Walzer credits the “extraordinary backlash against contests” he has observed over the past six months. “A lot of writers are fed up with the whole contest system,” he says. “They think that they spend endless amounts of money submitting and they never get anywhere. We had a lot of people tell us that they’d been finalists in ten contests and that they’ve never been published.”

WordTech was founded in 1998 by Walzer, a poet, critic—Story Line Press has published two of his essay collections—and former Associated Press journalist, with a PhD in creative writing from the University of Cincinnati, and his wife, Lori Jareo, who previously worked as a journalist and software consultant. Originally the company provided editorial services, such as copyediting and technical writing, but in 2000 it began publishing poetry. “We saw that sales were going reasonably well,” says Walzer, “and we enjoyed the work a lot.” By 2003, WordTech was publishing poetry full time.

Walzer, the editor, and Jareo, the business manager, are the sole employees of the for-profit company, and from the beginning they assumed that WordTech’s survival would depend on contest revenue. “If you don’t do a contest, you’re sort of invisible,” Walzer says. “We didn’t really think that there was any other way to do it.”

In November 2002, they expanded the press to six imprints: Cherry Grove Collections, CustomWords, David Robert Books, Turning Point, Word Press, and WordTech Editions. Each imprint—with its own stylistic and thematic focus, from lyric poetry to narrative poetry—held two annual competitions for book-length manuscripts of poetry. The contests offered prizes of $1,000 plus publication, and required a $25 entry fee ($20 prior to 2004). Both Walzer and Jareo say the majority of the entry fees (the average number of entries for each contest was 120) were used to fund the twelve $1,000 prizes.

Originally, the winning titles were published in print runs ranging from 100 to 500 copies by offset printer Publishers Graphics. In January 2003, WordTech began utilizing print-on-demand technology—the printer prints only as many copies as it receives orders for—a decision that Walzer admits raises a red flag for some creative writers. “Some people still associate POD with vanity presses,” he says. “And we decided that the best way to remove that stigma is to be open about it.” WordTech does not charge authors to publish their books, nor does it ask authors to share the costs of production. Instead, the press incurs all production costs, and Lightning Source in La Vergne, Tennessee, prints a perfect-bound book on standard paper with a four-color cover.

WordTech’s switch to print on demand was for economic reasons. With POD the press incurs only the initial expense of production and Lightning Source’s setup fee, plus the additional cost of printing author and review copies, rather than investing in a larger print run and hoping that it sells out. It’s also less expensive to keep books in print. “Offset printing, which is the traditional printing approach, is extremely expensive to reprint, which means the book would probably go out of print after the press run sold out,” reads a note on WordTech’s Web site. “By contrast, the digital printing method of POD costs the same per unit whether we are printing 1, 100, or 1,000. This means that we can do more books at a reasonable cost rather than just selecting one and sinking all of our resources into that one title.”

In moving from a contest model to a sales model, WordTech will no longer charge entry fees or award cash prizes. It will, however, maintain its imprint structure and submissions periods. And because it will rely exclusively on sales for its profits, it will publish more books. In 2003, it published nine collections of poetry. This year it plans to publish 50 titles, including the 12 manuscripts chosen through the contest submission process. Among those books already published are Exit Pursued by a Bear by Gaylord Brewer, a professor at Middle Tennessee State University whose books of criticism include Charles Bukowski (Twayne/Macmillan, 1997); The Shadow I Dress In by Rhina Espaillat, whose previous awards include the T.S. Eliot Prize and the Howard Nemerov Sonnet Award, which was judged by Dana Gioia; and Instrumentality by Ravi Shankar, a founding editor of Drunken Boat, an online journal.

While WordTech initially relied on contests as a way to solicit manuscripts, Walzer says it doesn’t need to anymore. “Our list speaks for itself in a way that it couldn’t when we first got started,” says Walzer, who doesn’t expect to have any problem finding fifty worthy books to publish a year. “I’m never scraping the bottom of the barrel trying to find poets to publish. The whole system where you get a thousand manuscripts and you pick one is totally unfair. Even by loosening up the odds a little bit, we’re still not publishing everyone who could be published—not by a long shot.”

WordTech plans to promote its titles through standard marketing efforts such as direct mail campaigns, print advertisements in trade magazines and literary journals, and banner ads on Web sites, such as Verse Daily. But most importantly, it will do so through its authors. “Author readings are the single biggest factor in whether a book sells or not,” says Walzer. But how is an author supposed to sell a book that isn’t printed until a customer orders it? Bookstores can order them directly from WordTech or through Ingram Distributors, but many authors buy their own books from WordTech at a 40 percent discount and sell them themselves.

Traditional publishers pay authors a cash advance against royalties. Some small publishers pay only royalties, while others pay authors nothing. WordTech is working with a new model: The publisher pays authors a 10 percent royalty only after sales of their respective books earn back expenses that WordTech incurred during publication, including the cost of review copies, advertising, and the printer’s setup fee. Authors may not earn $1,000, Walzer says, but it remains a possibility. “This is our first year doing the royalties, so we don’t have a lot of historical data to see how that will shake out,” he says.

“It may take some time for people to understand what we’re doing. If you don’t do a contest, people assume you’re a vanity publisher,” Walzer says. “But we’re not. We’re like publishers used to be: We read manuscripts, and you don’t have to pay us to read them."

Eleanor Henderson is a contributing editor of Poets & Writers Magazine.

The Contester: Is There More to Contests Than Cash?
by Kevin Larimer | News and Trends 3.1.05

The standard recompense for winning a literary contest is typically one of the following: money, publication in a literary magazine or a book, and a certain amount of recognition, but some rather unusual awards are handed out each year that don’...

The Contester: One Editor's Take on Clean Competition
by Martin Lammon | News and Trends 9.1.05

Much has been written about some judges rewarding friends and former students, and I worry that a few questionable practices have detracted from the hundreds of contests that bring recognition to so many well-deserving writers. Nevertheless,...

The Contester: Who's Doing What to Keep Them Clean
by Kevin Larimer | News and Trends 7.1.05

Unfortunately, these days it is not the quality of the award-winning writing that gets people talking; it is the way in which contests are run and the manner in which winners are chosen—or not chosen, as the case may be—that attract attention...