In our Craft Capsules series, authors reveal the personal and particular ways they approach the art of writing. This is no. 144. 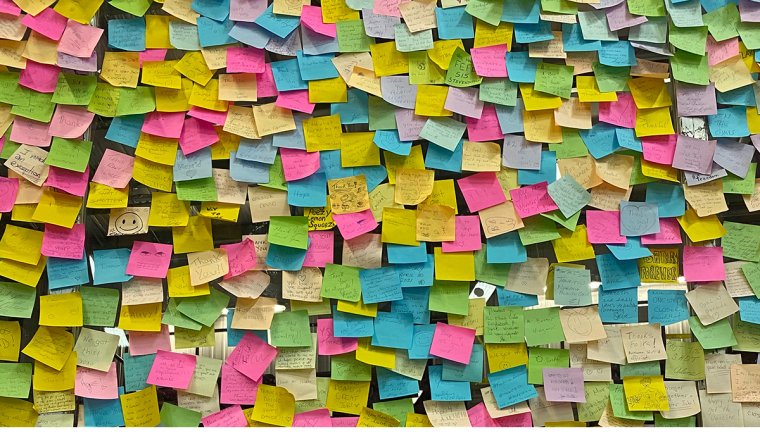 What is the joy of quoting? How to explain its curious, addictive charm?

I’m taking notes. I’m copying the words of others. As the pen moves, I have the sensation of becoming someone else, someone more observant and eloquent than myself, the person who wrote the words I’m transcribing. Sometimes there are layers of distance: I might be copying words cited in an essay or translated from another language. But the line of energy comes through. My hand guides the pen, tracing shapes on the page, entering someone else’s precise, miniature gesture.

An embarrassing pleasure. I can’t quite justify it. Yes, I’m a scholar; yes, my nonfiction writing incorporates many notes. But not this many. Anxious dreams of sudden hospitalization, of my notebooks being found while I’m still alive. A figure of nightmare inquires: “What are you going to do with all those notes?” I’m caught, busted! How to explain that these writings are both treasure and dross, both a glittering reservoir (I might use them someday!) and, like sawdust or coffee grounds, the residue of a practice whose goal is already achieved?

“Blessed citation!” writes the scholar Antoine Compagnon. “Among all the words in our vocabulary, it has the privilege of simultaneously representing two operations, one of removal, the other of graft, as well as the object of these operations—the object removed and the object grafted on, as if the word remained the same in these two different states.”

As if being cut off was the same as being joined. The marvel of language: It is taken, it is absorbed, and it remains. “Is there known elsewhere,” Compagnon asks, “in whatever other field of human activity, a similar reconciliation, in one and the same word, of the incompatible fundamentals which are disjunction and conjunction, mutilation and wholeness, the less and the more, export and import, decoupage and collage?”

I’m taking notes. The sensation of my hand rubbing against the page enchants me. My notebook is a magic lamp.

I have dreamt of giving birth to myself, of creating my own vernacular. In my twenties, while writing an epic fantasy novel, I went so far as to develop a lexicon, a morphological system, and a number of grammatical features for three imaginary languages. I understand the lure of that crystalline playpen. But no one is, or can be, alone in words. Before birth, language is already given, granted without being asked for, without having been earned. In my religious tradition, this is the definition of grace.

When I take notes, I touch this truth: I am the language of others. The knowledge lasts as long as the pen is in motion. I am Clarice Lispector. I am Franz Kafka. I am Suzanne Césaire. I am Imru’ al-Qays, who has been dead for 1,400 years. I am all the translators: Stefan Tobler, Michael Hofmann, Keith L. Walker. I am Antoine Compagnon and Marjorie Perloff. “The dialectic of citation is all-powerful: one of the vigorous mechanisms of displacement, it is even stronger than surgery,” Compagnon writes.

Blessed citation, requiring so little—just a spark of recognition, a sudden yes, I must write this—and giving so much. The surgical, healing genre.

The line of energy flickers. Decoupage meets collage. Borders dissolve. I fall asleep in Cairo and wake up in Damascus. I vagabond through literature. I am not my mother tongue alone; I am no particular language. I am language itself.

“We need more you,” an editor told me recently. “You cite all these other writers, but there’s not enough you in here.” Dude, I’m right there. I’m in the quotations. I am the quotations.

My hand rubs against the page, and the genie, the genius, rises.

Sofia Samatar is the author of five books, most recently the memoir The White Mosque, forthcoming in October from Catapult. Her works include the World Fantasy Award-winning A Stranger in Olondria (Small Beer Press, 2013) and Monster Portraits (Rose Metal Press, 2018) a collaboration with her brother, the artist Del Samatar. She lives in Virginia and teaches at James Madison University.