In our Craft Capsules series, authors reveal the personal and particular ways they approach the art of writing. This is no. 143. 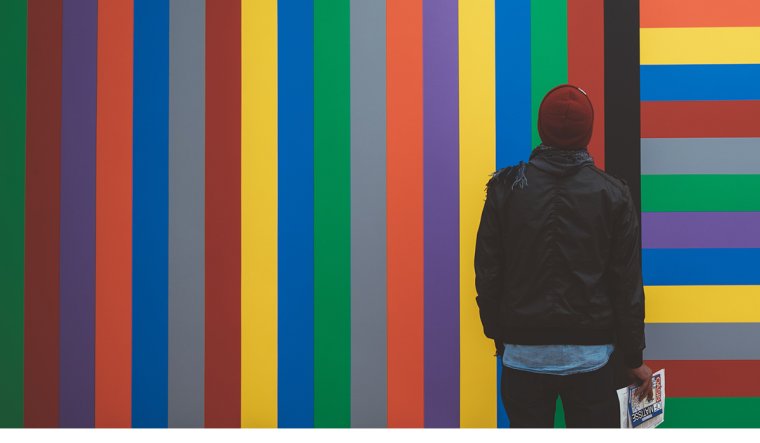 Specificity is the anchor of poetry as we write it now. Who can forget—or is allowed to forget—William Carlos Williams’s red wheelbarrow? We may believe that love is a major concept and value and thus should be celebrated in poems, but we also know that abstractions are not all that vivid or useful in poetry. Behind every personal experience that we might label “love,” there is a specificity to be seized by language and put in a poem. That is: There is a who (or what), a where, and a when—the basics of context, the beginnings of story. What follows is an exercise in developing specificity of context and storytelling.

Close your eyes and imagine some person who is significant to you. Try to bring that figure into focus in your mind: Picturing things like what clothes they are wearing might help. Now draw back from that figure a little bit, as if you were a movie camera. Where is this person? Are they indoors or outdoors? If indoors, in what space or room? If outdoors, where? Is it morning, afternoon, or night?  Now the key part: What are they doing? For instance: “My Aunt Betty knitting in front of the TV” might be something someone envisions.

The next step is to create your own involvement in the scene, discovering its possible significance. So add that pronoun that stands for yourself: “I watch as Aunt Betty knits in front of the TV.” The personal pronoun and the presence it implies—though only in your imagination, which is fine—allows you to extend this image into a story:

I watch as Aunt Betty knits in front of the TV.
It’s another ugly sweater no one will wear.

The trick is to keep exploring, keep extending. Maybe the I is present and active in this scene:

I watch as Aunt Betty knits in front of the TV,
Her head bent so intently over the needles
I’m afraid to speak and startle her...

And so on. Why should a scene like this reveal anything interesting or urgent? Because our memory and imagination are also symbolic. What action and setting we visualize for a given figure is symbolic of our attitude toward them, our assessment of them. If we remember or imagine our mother cooking, perhaps we felt her to be nurturing. Or not. Maybe she’s microwaving another TV dinner that everyone detests. In another memory, perhaps Grandpa Fred is planting tomatoes in the backyard: “I watch as my grandfather bends among the tomato plants.” Where will such a scene take the poet—and the reader? Each new line should add some noun or verb that is specific and moves the scene along.

When you run out of steam for extending and modifying the story, then stop. Is it a good place to end the poem? Maybe you wrote past the strongest lines, and so should cross out the last line or two. We—I—often write past the dramatically effective place to end, overlooking that gesture or detail that “says it all” and completes the poem.

Gregory Orr is the author of thirteen poetry collections, including Selected Books of the Beloved (Copper Canyon Press, 2022). His prose books include A Primer for Poets and Readers of Poetry (Norton, 2018) and Poetry as Survival (University of Georgia Press, 2002). He has received fellowships from the Guggenheim Foundation and the National Endowment for the Arts and an Award in Literature from the American Academy of Arts and Letters. Professor Emeritus at the University of Virginia, Orr taught there from 1975–2019 and was founder and first director of its MFA Program in Writing.

The author of Animal Joy: A Book of Laughter and Resuscitation reflects on the importance of letting the mind wander to release blocked creativity.

Gregory Orr reads from his poetry collection Selected Books of the Beloved, published in August 2022 by Copper Canyon Press.
X