Tonight at a ceremony in London, Anna Burns was announced the winner of the 2018 Booker Prize for her third novel, Milkman (Faber & Faber). The annual £50,000 (approximately $66,000) award is given for a novel published in the previous year in the United Kingdom. 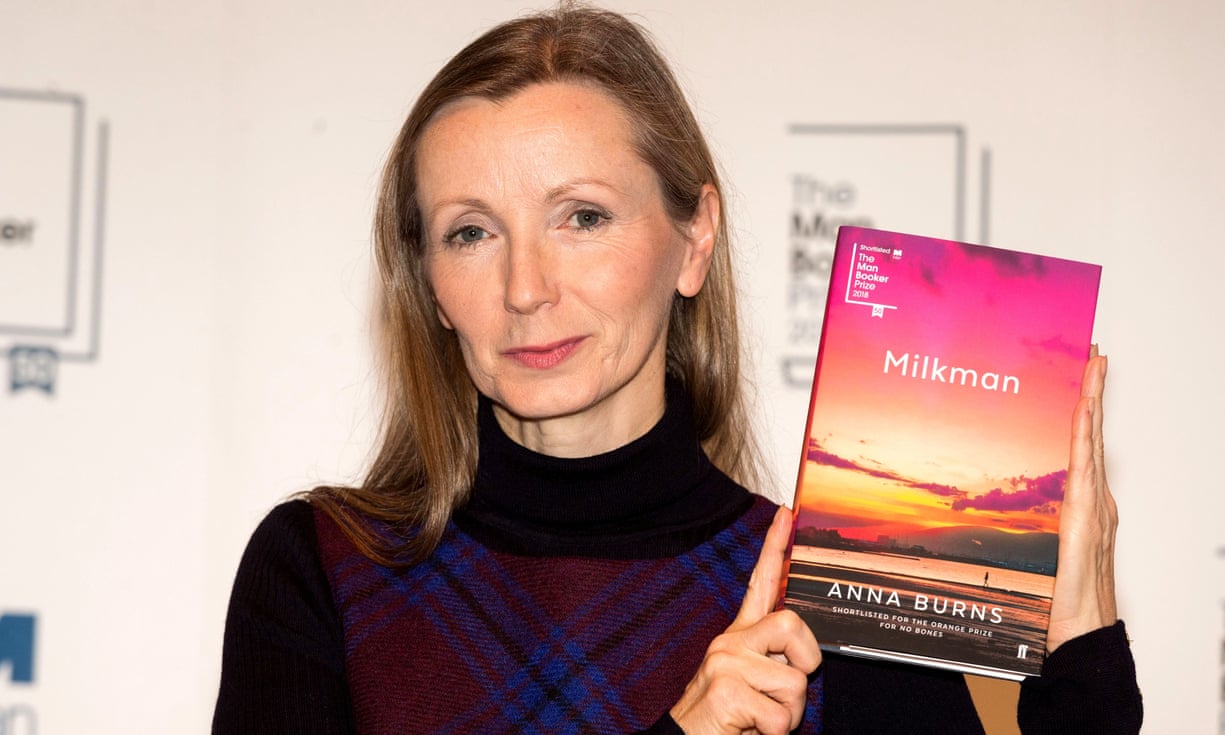 “None of us has ever read anything like this before,” said Kwame Anthony Appiah, the chair of judges. “Anna Burns’s utterly distinctive voice challenges conventional thinking and form in surprising and immersive prose. It is a story of brutality, sexual encroachment and resistance threaded with mordant humor.” Along with Appiah, the 2018 judges were Val McDermid, Leo Robson, Jacqueline Rose, and Leanne Shapton.

Burns, the author of three novels, is the first Northern Irish writer to win the prize. Her novel Milkman is a coming-of-age story about a young girl’s affair with an older married man during The Troubles in Northern Ireland. Graywolf Press will publish the novel in the United States on December 11.

The finalists were Esi Edugyan for Washington Black (Serpent’s Tail), Daisy Johnson for Everything Under (Jonathan Cape), Rachel Kushner for The Mars Room (Jonathan Cape), Richard Powers for The Overstory (William Heinemann), and Robin Robertson for The Long Take (Picador). The five finalists and Burns will each receive £2,500 ($3,300).