Amid Pandemic, Barnes & Noble Pauses to Improve Its Stores

Can a pandemic that shutters nearly two-thirds of a nationwide bookstore chain’s locations have a silver lining? If that bookstore chain is Barnes & Noble, quite possibly it could. 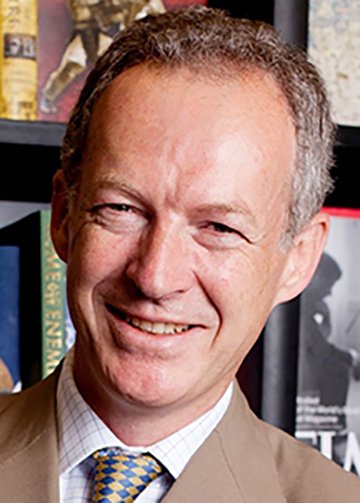 The chain, which was bought out last year by New York–based hedge fund Elliot Management, was in the process of overhauling its stores before the coronavirus hit this spring, says CEO James Daunt. Now, with roughly 400 of the chain’s 627 stores temporarily closed to help slow the spread of the pandemic, that work can continue in relative peace.

“Our stores are pretty terrible, we know that,” Daunt says. “We don’t shy away from that fact and certainly I don’t shy away from articulating that fact. To make them better bookstores, we really have to do a lot of work and some of that is physical work, moving the interiors around and changing the layout and the presentation of the stores, making them more open, easier to navigate, and frankly just better looking bookstores. And that, ironically, is a lot easier to do when you don’t have any customers in the way.”

Not that Daunt looks upon the wave of temporary closures at Barnes & Noble as good news. He has had to lay off all employees with less than six months seniority and furlough many others, actions he calls “traumatic” but necessary to trim costs while the stores are closed to the public.

“It’s desperately difficult. None of us have any idea how long this will go on for. If President Trump is correct and we’re back in business by Easter, then really, we don’t have a particular problem. It’s a nasty shock, but it’s not a problem, and very few people, if any, will ultimately lose their jobs. If it extends further, then evidently they will,” he says. (Trump has since extended social-distancing guidelines through April 30.) “If you have no money coming in, then your liabilities become a significant issue and we have to cut costs to ensure the survival of the business, and that will include unfortunately our staff as well as all the other discretionary expenditures that we have available to cut back on.”

But Daunt, who also runs the bookstore chain Waterstones as well as his own smaller independent chain, Daunt Books, in the U.K., has retained a core team of experienced booksellers at many shuttered Barnes & Noble locations and plans to use the time provided by the enforced closures to spruce up the stores and improve the selection of books on the shelves.

“The backlist at Barnes & Noble has really deteriorated over the last decade and the cumulative impact is that we have pretty shockingly poorly stocked stores,” he says. “Before this crisis, we had already embarked on a process of using the holiday sales to empty them out to a degree just to give us space, and what we were intending to do with that liberation of space is then pile back in the backlist that was missing and start to re-curate the stores.”

This work has been seen by book-industry observers as desperately overdue for Barnes & Noble, which had to close 150 stores in the decade leading up to the buyout last summer in the face of competition from Amazon and newly resurgent independent bookstores. The enormous selection of books at its larger stores, which helped spur the chain’s growth in the 1980s and 1990s, had become a liability in an era when customers can buy books from a warehouse by clicking a few buttons on their smartphones.

Daunt, who oversaw a similar overhaul at Waterstones over the past decade, strenuously denies the make-over at Barnes & Noble will entail abandoning a large number of under-performing locations.

“If I could get a dollar for every time I was told I would close a hundred stores I would be a very rich man, but in fact I have a huge motivation to keep as many bookstores open as possible,” he says. “I believe in the profession, I believe in the vocation, I believe in the purpose and worth of bookstores within communities. That said, there is a clear case for closing a reasonably large number of stores because they’re just too big or too old, too this, too that, but we’d only do that if we could relocate. What we’ve done at Waterstones is actually close a very substantial number of stores but open up a larger number of stores. We haven’t deserted any locations. We’ve just moved.”

Over time, Daunt hopes the chain can find new locations that will better reflect the market for books in a given area. “So often it’s driven by the property—what’s the right size of store for a particular location, and certainly there are a number of Barnes & Noble stores which are either in the wrong place and they should be down the freeway or across the mall or in a slightly better location, or they’re just too big,” he says. “We’ve got a 25,000-square-foot store when a 20,000-square-foot store would be a much better size to have.”

While the widespread closures will eat into Barnes & Noble’s revenues in the short run, Daunt says the chain’s deep-pocketed ownership group will help it weather the crisis. It helps, he says, that business was unusually brisk at many of the chain’s locations before the shutdowns and that sales via the company’s website are currently running three or four times higher than normal.

“Our financing is not as bleak as perhaps our financial situation might have led one to think,” he says. “We just have to be pragmatic and sensible and we need an owner who’s prepared to let us continue to invest.”

A Matter of Survival for Independent Bookstores
by Michael Bourne | Online Exclusive 3.30.20

As scores of indie bookstores have shut their doors to the public and laid off staff, many continue to serve their customers via online orders and curbside pickup programs.