A little over a century ago, in 1919, the first O. Henry Prize series editor, Blanche Colton Williams, explained in an introduction to that year’s anthology of winning stories that the committee of the newly created O. Henry Prize had agreed upon these two seemingly simple rules: “The story must be the work of an American author, and must first appear in 1919 in an American publication.” More than one hundred years later—102 to be precise—during what seemed like an eternal second wave of the COVID pandemic, I was asked to guest-edit the following year’s iteration of the O. Henry Prizes. One fundamental thing had changed about the prize over the years: The “American author” had been replaced by simply “author,” and just last year the prize became open to work in translation. That alone was reason enough for me to accept. 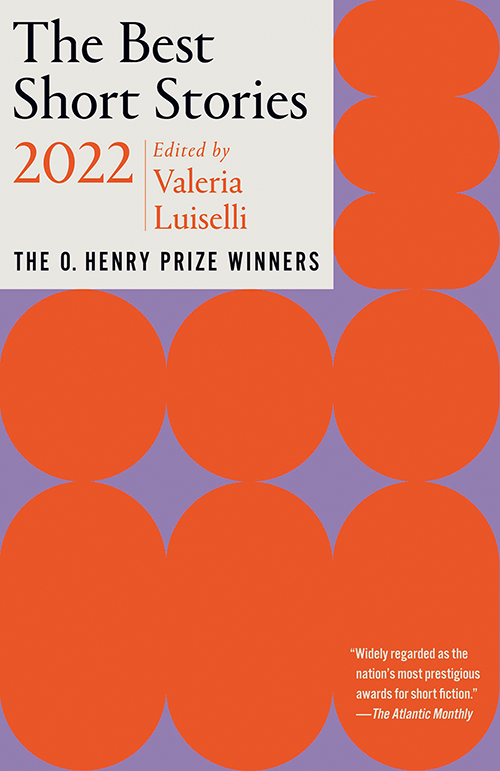 What had seemed like a simple rule, “American author/American publication,” had, over the years, accumulated a number of absurd consequences, such as the automatic exclusion of foreign-born authors who had been living, sometimes entire lifetimes, in the United States, or, simply, the exclusion of authors who were published and read widely in the United States and therefore formed part of the literary culture—except that they didn’t have a U.S. birth certificate. This exclusion of course persists, even today, in several national prizes.

The idea of a “national literature” as a monolithic, pure, uncontaminated collection of work by people who hold the same passport is ludicrous. Imposing upon literature rules written in some government office, in a nation’s obscure and labyrinthine immigration system, is not only absurd, but simply contrary to the very nature of literature. And part of that nature is to travel—across borders, despite borders. We write and read not in order to engage with an idea of nationhood, but to engage with the human soul and human stories more generally. But somehow we continue to nod to the arbitrary consensus of “national literature,” just as we forget that “American” means “from the continent named America” and not just from one country within the continent. (Perhaps, in the not-too-distant future, the Best American series will seize the opportunity its name contains and include work by authors from the entire American continent.) In any case, that the O. Henry decided to do away with its national clause is, I hope, part of a wider trend in understanding literature and the literary ecology as a complex, beautifully messy thing and not one that fits neatly in the pages of a passport. A movement in this direction is surely overdue and particularly needed after these past years of xenophobia, hate, and an asphyxiating nationalist discourse that certainly did not make America anything but more isolated and lonely.

I spent the second half of the year 2021 reading a selection of eighty stories, published in a wide array of journals. Of the eighty stories I was sent, twenty were translated from other languages. The ratio was not ideal, but it was not bad, considering that still today, only approximately 3 percent of the books published in the United States are in translation. (I imagine that in literary magazines, unless they are specifically devoted to seeking out translated work, the number is even lower.) Editors acquire far less material in foreign languages, either because most are still monolingual and cannot base their decisions on directly reading originals, or because they believe that the niche for work in translation is smaller and less profitable, or because there are a number of unconscious biases at play—or a combination of all of the above. Of the twenty stories in foreign languages, ten made it to this year’s anthology—a number I could be proud of, if only I had deliberately intervened in their favor, championing translation. When I realized I had chosen so many stories in translation, I asked myself seriously, cautiously—why? Was I biased somehow, or did they have qualities that set them aside? And here, dear reader, you will simply have to trust me. I was no less scrupulous while reading the translations, no less meticulous while pondering whether each should receive an O. Henry Prize. But as it happened, I didn’t have to intervene in their favor. With some exceptions, their overall literary quality was simply excellent.

What was it, specifically, in those ten stories that seemed so deeply appealing? Surely, whatever quality it was—if it indeed was one single thing—it was also present in the rest of the stories I’d chosen. The twenty stories included in The Best Short Stories 2022: The O. Henry Prize Winners are of course widely varied and have distinct qualities of their own. Some of them have a wild and contagious sense of humor; others capture the desolation and difficult loneliness of these past couple of years; others—more timeless—reach into the depths of the absurd to show us how fragile our conventions around reality and normality actually are. However, all these stories do, in fact, share one common quality.

Marcel Proust once wrote that “beautiful books are always written in a sort of foreign language.” Indeed, all the stories present in this volume belong to that family of literary works that read as if they are written in some kind of foreign language. In other words, they straddle the familiar and the unfamiliar—a rare quality that only good literature possesses. The world each of these stories contains immediately opens up to us, as if we already know or remember it. But at the same time, these stories present us with the unknowable, the unpredictable, and the strange.

The word strange, which English shares with Romance languages—“extraña,” “étrange,” “estranha,” “strano,” “straniu”—comes from the Latin “extraneus,” meaning “foreign, external, alien, unusual.” And also, “curious, queer, and surprising.” And that is precisely what good stories feel like: Within the setting of complete familiarity, the flowering of the extraneus. Too many stories published today follow the most predictable paths possible. Dialogues, sensibilities, plots, and characters often feel no different from those in any of the myriad streamable series, all like each other, all packed neatly and ready for immediate consumption. Under banners such as “relatability,” a significant part of the literary field has given in to streamlined, marketable prose. The dictum “write about what you know” has become the epitaph under which the “foreign, unusual, curious, queer, and surprising” is prematurely entombed.

If the currents of our present culture are driving fiction to its most predictable, most conventional paths, what are the undercurrents that can alter that path? The German writer Rudolf Pannwitz, known mostly via Walter Benjamin’s essay on translation “The Translator’s Task,” criticized translators who “germanize Indic Greek English instead of indicizing, graecizing, anglicizing German.” In other words, he thought of translation as a means to foreignize the language into which something was being translated, rather than a task that domesticized a foreign language, making it more palatable and digestible. His criticism continues: “They are far more awed by their own linguistic habits than by the spirit of the foreign work…the fundamental error of the translator is that he holds fast to the state in which his own language happens to be rather than allowing it to be put powerfully in movement by the foreign language…he must broaden and deepen his own language through the foreign one.” Pannwitz is referring to translators when he writes this, but he may as well be referring to writers more generally, and even to readers. This idea of translation as a kind of fertile contamination, as a way of putting a language back in movement by allowing the currents of different languages, foreign to one another, to mix and blend is, deeper down, a theory of writing and reading. And it is, moreover, an approach to literature that motivates and animates this year’s awards and anthology.

Perhaps no other genre encapsulates the general sensibility of a society in a particular moment in time as much as the short story. The short story is like a slice of the immediate present. Novels, because they are usually long-term commitments, may encapsulate the ethos of an era; the short story, the temperature of a moment. And this moment, as the twenty stories in this year’s anthology will hopefully show, is a moment in which we are beginning to open the doors and windows of this old locked-down house, letting new light and air come in to stir us powerfully into movement.

Valeria Luiselli is the author of five books, most recently the novel Lost Children Archive (Knopf, 2019). She is the recipient of a 2019 MacArthur Fellowship and the winner of the Dublin Literary Award, two Los Angeles Times Book Prizes, the Carnegie Medal, and an American Book Award and has been nominated for the National Book Critics Circle Award, the Kirkus Prize, and the Booker Prize. She has been a National Book Foundation 5 Under 35 honoree and the recipient of a Bearing Witness Fellowship from the Art for Justice Fund. Her work has appeared in the New Yorker, the New York Times, Granta, and McSweeney’s, among other publications, and has been translated into more than twenty languages. She is a writer-in-residence at Bard College and lives in New York City.

By presenting translations in trios, a new initiative from Open Letter Books puts international literature in context and celebrates the role of translator as curator.

Giving Translators Their Due
by Rachel Zarrow | News and Trends 2.16.22

A growing movement asks that literary translators receive equitable compensation and acknowledgement, starting with the inclusion of translators’ names on book covers.

Endless Work: The Responsibilities and Pleasures of Translation
by Lily Meyer | The Literary Life 8.18.21

The author examines her personal relationship to the professional work of translation, forms of responsibility unique to the genre, and the complex notion of translation as a labor of love.

The Art of Translation: Many Englishes, Many Chineses
by Jeremy Tiang | The Literary Life 2.13.19

A translator examines the many shapes a language can take, and how cultural influence and interpretation can affect the translation process.