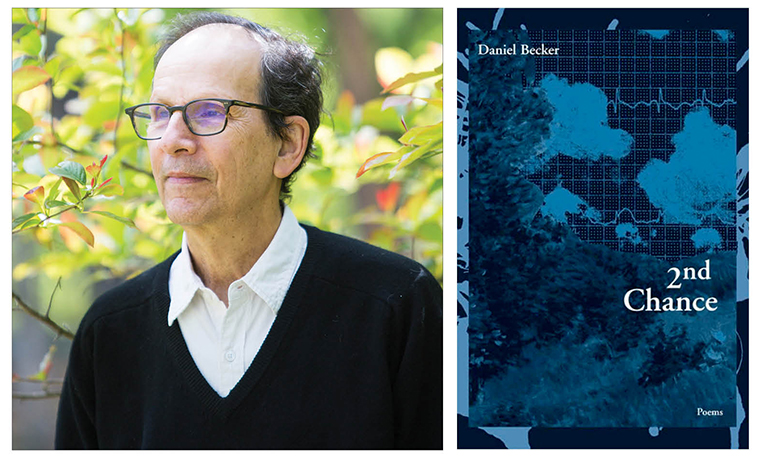 I like the new cholesterol guidelines
better than the old guidelines: no room for confusion,
like the signs at the edge of a flat world.

But with or without guidelines, arteries harden and narrow,
and somewhere inside each of us
the blood will make a whoosh whoosh sound

while getting to where it is going.
In med school Professor Lub Dub Smith taught us how
to listen to the lub dub sounds

that heart valves make as they close in sequence.
He would stand at the podium and imitate the heart
adding clicks, murmurs, rumbles, gallops, and snaps

according to where the heart was troubled.
We loved him standing up there and sounding
like an exotic male bird showing off for the ladies.

I offer my stethoscope to the patient who whooshes,
but either he’s not ready for our ears to touch by proxy
or hearing his own clogged artery is too much information.

But a little too close for comfort is how we learn,
that’s how we know exactly where to listen.
If one day I look in one ear and out the other

I’ll never make that joke again.
I’d issue the standard warning
against going too far with Q Tips and leave it at that.

People don’t need to know everything, all the details
that don’t matter. Why the chloride is high
is like asking why normal is normal and then you need

to go statistic and draw the normal distribution in the air,
taking the audience out there on one tail or the other
of the bell-shaped curve, at which point they take my hand

from whatever horizon it’s pointing at and say it’s ok,
it’s going to be ok. Not normal isn’t so bad.
Each result on the chem 20 panel has a 5% chance

of being too high or low, and the chance of a normal person
being normal for everything is about 50%, lower than you’d guess.
When I give that lecture the students look out the window

to check if the grass is still growing.
Later in life, they will recount eternity in an hour
and apply that wisdom to their daily yoga practice,

not only apply it but rub it in to achieve a care free finish.
People don’t know care free
until an asteroid out of nowhere blots it and the horizon out

then crashes through the ceiling so there’s no place to sit
except on the edge of a speck of the big bang.
In that gloomy light what looks like a mixed metaphor

turns out is an elephant hogging the sofa.
Best not to talk too much about something like that,
best to reframe that experience, after all

it was only a small asteroid, maybe just a meteor,
a shooting star, someone’s wish wishing to come true.
The doctors say maybe we can help a little

and the patient decides a little chemo sounds better
than nothing. It’s easier to hear what we want to hear,
and not just because of ear wax or the vacuum

that used to be memory or good old reliable denial—
which may be dumb but is not stupid—
but because of Charles Darwin and natural selection.

like that lively couple French kissing on the beach
while I was getting a sun burn.
The French also invented the stethoscope. Whoosh

you want to hear him whisper in her ear.
Their private joke. Shush her private answer.
His cholesterol looks high, sugar and blood pressure too,

the kind of more than chunky more than middle age guy
who falls dead more often than chance would allow.
Is laughter his best medicine?

Not according to the Joint National Commission.
With electronic medical records, it’s easy to rank patients
with diabetes and learn the higher numbers are people

who like to thank the staff with home baked cookies.
It’s a sweet gesture. Sharing makes them happy.
We let them be happy, but we can’t make them,

not that there are guidelines. You can make
an old friend happy just by bumping into him
on the sidewalk. He’ll say how happy he is to see you.

Then say it again to make it stick. You smile back.
You stop slouching. You know that feeling when you finally
get around to changing the light bulb in the garage

and can go in there and actually see? That’s how light it feels:
two old friends watching the dawn until the indoor pool opens.
Cholesterol doesn’t come up,

but staying alive is implied by context. Why else be up early
swimming laps and asking existential questions?
Why does the water feel cold even though it isn’t?

Why keep the locker room so cold? Why do goggles
fit perfect one day and leak the next?
Same head, same beady little Kafka eyes that are overdue,

according to the postcard, for a check-up.
There’s a moment during that exam
when the reflection of the optic nerve

is visible to its owner, just a glimpse is all you get,
it seeing you seeing it, hardly counts as introspection
but what could be more meta?

Halls of mirrors for one thing. Guidelines for another.
Thousands of randomized patients and after a while
they look so much like you or me that escape is impossible.

While standing in line getting guidelined to death,
while explaining to the nurse your pressure is always high
at the doctor’s office, while saying aah then saying aah

an octave higher, while trying as instructed twice
to please don’t blink the eye drops out—
staring as hard as you can to be a good patient—

think about how hard it is to outwit a reflex.
They never listen. Think about all those basic circuits
lined up end to end, how they can take us to the moon

and back if only we would let them.
Last night there was a full lunar eclipse,
the kind that looks like cream of tomato soup,

all the sunrises and sunsets on the planet
bent in the moon’s direction. But it was raining hard,
cats and dogs, too wet for shadows, and the rain

was an excuse to stay in bed and listen
to three points form a straight line
while heading in different directions.

The night purred as it settled into place.