All of the published authors who appear in the pages of this magazine have roads behind them—paths to publication that are as unique to each writer as their own poems, stories, and essays. Some of these roads cut a straight path, while others turn this way and that; some double back and crisscross, while others are under construction, redirected by detours and bypasses. Sometimes there are shortcuts, but other times there are long scenic tours through many of life’s most notable markers: births, deaths, loves, families, travels, careers. Periods of joy and contentment followed by episodes of darkness, difficulty. Achievements and failures—all of it informing, inspiring, delaying, or precipitating the writer’s work in some way, directly or indirectly.

The authors featured in our second annual 5 Over 50 have followed different paths as well, but their routes to publication are perhaps a bit longer—and, one could argue, more nuanced, often more complex, and even more, dare we say it, interesting—than those of “younger” writers who have the spotlight in today’s youth-focused culture. If our 5 Over 50 authors have one thing in common, it’s a sense of patient determination to create something meaningful, beautiful. And it really doesn’t matter how long that takes. As Peg Alford Pursell says, “There exists only one moment—the last—at which it’s too late for anything.”

Here, in their own words, we present five authors over the age of fifty whose debut books were published this year.

A Small Revolution (Little A, May) by Jimin Han
States of Motion (Wayne State University Press, May) by Laura Hulthen Thomas
Getting It Right (Akashic Books, June) by Karen E. Osborne
Ground, Wind, This Body (University of New Mexico Press, March) by Tina Carlson
Show Her a Flower, a Bird, a Shadow (ELJ Editions, March) by Peg Alford Pursell 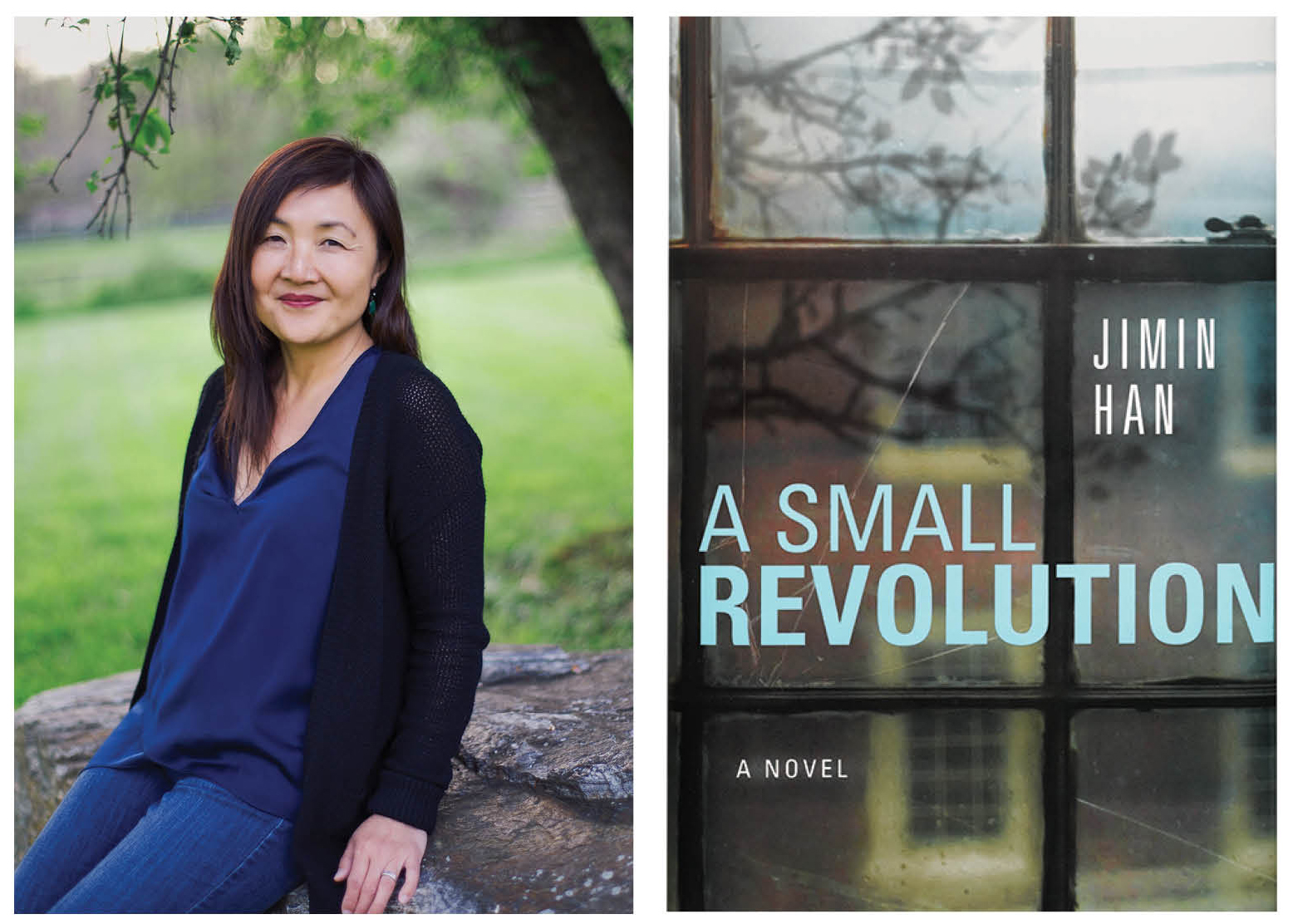 Recently I was invited to speak on a panel about literary friendships at the annual alumni festival at Sarah Lawrence College in Bronxville, New York. The panel was scheduled for a smaller auditorium than where the other events were being held, and one of the other panelists, my longtime friend Patricia Dunn, author of the novel Rebels by Accident (Sourcebooks Fire, 2015), joked that no one would show up. She was wrong: It was standing room only. I spoke about how important it is to find spaces to protect and nurture my writer self and that the most significant space for me is my writers group.

Alexandra Soiseth, author of a memoir, Choosing You: Deciding to Have a Baby on My Own (Seal Press, 2008), was the other member of our panel. Patricia, Alexandra, and I have been in a writing group with four other writers for nearly twenty years, ever since we left our MFA program. That small fact made the audience collectively gasp. A number of people asked how our friendship had helped us write and publish.

The answer wasn’t just about how we critiqued one another’s work, although we all had something to contribute in that department; we’ve all taught at some point and shared revision techniques and writing prompts in our weekly meetings. The answer also had to do with how we support one another, how we celebrate birthdays, pregnancies, marriages, divorces, new loves, anniversaries, graduations, new pets, and how we’ve leaned on one another through infertility, cancer, miscarriages, abortions, IVF, depression, menopause, restraining orders, deaths of parents, deaths of pets, job changes, surgeries, periods of drought and indecision in our writing, and periods of doubt when we thought we’d given up for good.

Four years earlier, at one of our Friday-night writers group meetings, at essayist Kate Brandt’s house (we meet at one another’s homes or at local cafés), it was my turn to announce I was quitting writing. The manuscript I’d been working on seemed to be at a dead end. Maybe it seemed so because my mother had recently suffered a stroke and I was preoccupied with what she needed. Playwright Deborah Zoe Laufer, author of Informed Consent, End Days, and other plays, said that she’d write alongside me for as long as it took for me to feel connected to my book again. She meant it; she met me every day until the way seemed possible.

My writers group helped me realize I had to address the inner despair that got in my way—personal work that required a therapist. It took three false starts before I found the right one. We talk a lot about the future in our sessions. This is a simple truth: The future is unknowable. I never knew whether I’d have a book published, but I knew the act of writing sustained me. During one session, after I told my therapist that I hadn’t written that day, she replied, “Why not? If it helps you, why not? Who knows where it will lead?”

I was inspired by her question. I found myself feeling entitled to say what I wanted to say again in my writing. The therapist worked with me to unpack the origins of self-doubt that plagued me. It wasn’t easy, it still isn’t, but I was able to push through and complete the novel. Waiting at the end of that process was my agent, who was enthusiastic about my manuscript. She was able to sell it to an editor who loved it and understood what I was trying to accomplish. This last part—publication—is so much about luck. I’ve read many compelling manuscripts written by brilliant writers that have not been published. But that isn’t a reason to give up.

The only part we can control is writing and accepting that we don’t know where it will lead—which is all the more reason to keep trying.