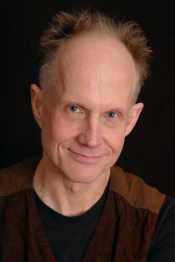 New York City - April 2008 - Poets & Writers, Inc. is pleased to announce that Tony Hoagland is the recipient of the second annual Jackson Poetry Prize. The $50,000 prize honors an American poet of exceptional talent who has published at least one book of recognized literary merit but has not yet received major national acclaim. The award is designed to provide what all poets need - time and the encouragement to write.

Mr. Hoagland was selected by three esteemed judges: the poets Philip Levine, Robert Pinsky, and Ellen Bryant Voigt. There was no application process. Poets were nominated by a panel of their peers who will remain anonymous.

The judges had this to say about Mr. Hoagland and his poems: "It's hard to imagine any aspect of contemporary American life that couldn't make its way into the writing of Tony Hoagland or a word in common or formal usage he would shy away from. He is a poet of risk: he risks wild laughter in poems that are totally heartfelt, poems you want to read out loud to anyone who needs to know the score and even more so to those who think they know the score. The framework of his writing is immense, almost as large as the tarnished nation he wandered into under the star of poetry."

Tony Hoagland is the author of three volumes of poetry: What Narcissism Means to Me (Graywolf, 2003); Donkey Gospel (Graywolf, 1998), winner of the James Laughlin Award of The Academy of American Poets; and Sweet Ruin (University of Wisconsin Press, 1993), winner of the Brittingham Prize in Poetry; as well as a collection of essays about poetry, Real Sofistakashun (Graywolf, 2006). His poems and critical essays have appeared widely in journals and anthologies such as American Poetry Review, Harvard Review, and Ploughshares. He is the winner of the 2005 O.B. Hardison Jr. Prize. Awarded by the Folger Shakespeare Library, this is the only national prize to recognize a poet's teaching as well as his art. Hoagland also received the 2005 Mark Twain Award, given by the Poetry Foundation in recognition of a poet's contribution to humor in American poetry. Hoagland currently teaches in the poetry program at the University of Houston. He is also on the faculty of the Warren Wilson low-residency MFA program.

The Jackson Poetry Prize, which is sponsored by Poets & Writers, Inc., was made possible by a significant donation from the Liana Foundation and named for the John and Susan Jackson family.

Poets & Writers, Inc. is the nation's largest nonprofit literary organization serving creative writers. Since its founding in 1970, its mission has been to foster the professional development of poets and writers, to promote communication throughout the U.S. literary community, and to help create an environment in which literature can be appreciated by the widest possible public. Poets & Writers accomplishes this by publishing Poets & Writers Magazine, producing Poets & Writers Online, offering publishing information and an online Directory of Writers, introducing emerging writers outside of New York to the New York City literary community, and supporting writers participating in public literary events through the Readings/Workshops Program.