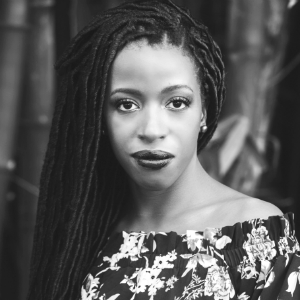 Summer Edward is a Ginkgo Prize-longlisted author who writes for all ages. Summer has written several books for young readers, amongst them The Wonder of the World Leaf (Heinemann), Renaissance Man: Geoffrey Holder's Life in the Arts (Heinemann), and First Class: How Elizabeth Lange Built a School (Heinemann). Her works have been called "refreshing", "heartwarming" and "emotionally captivating."

She earned a master of education at the University of Pennsylvania. A former college writing instructor, she studied fiction at the Kelly Writers House and received writing residencies from the Highlights Foundation and the Cropper Foundation. Summer created Anansesem, an online magazine covering Caribbean literature for young readers. When she isn't writing, she works as a children's fiction editor at Heinemann and reviews children's/YA books for The Horn Book Magazine. She is a lifelong Roothbert Fellow, and has served on the juries of the Golden Baobab Prizes for African children's literature, OpenIDEO's Early Childhood Book Challenge, and the Scholastic Art & Writing Awards. A dual citizen of America and Trinidad and Tobago, she divides her time between the two countries.

Gives readings:
Yes
Travels for readings:
Yes
Identifies as:
Caribbean American
Prefers to work with:
Adults, Children, Teachers
Fluent in:
English
Born in:
Trinidad and Tobago
Please note: All information in the Directory is provided by the listed writers or their representatives.
Last update: Sep 17, 2021
X