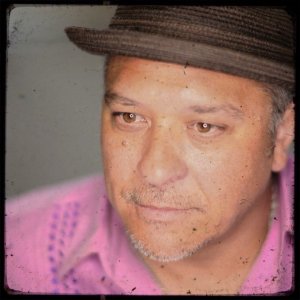 Paul S. Flores is one of the most influential Latino performance artists in the country and a nationally respected youth arts educator. He creates plays, oral narratives, and spoken word works about transnationality and citizenship that spur and supports societal movements that lead to change. Flores' work has played all across the United States and internationally in Cuba, Mexico, and El Salvador. His commissions have come from the California Arts Council, Creative Capital, La Peña Cultural Center, MACLA, MAP Fund, Pregones Theater, National Association of Latino Arts and Culture, National Performance Network Creation Fund, National Endowment for the Arts, Kenneth Rainin Foundation, the San Francisco Arts Commission, the San Francisco International Arts Festival, and the Yerba Buena Arts Center among many others. Flores is also known for playing professional baseball for the Chicago Cubs before moving to San Francisco and becoming co-founder of the Latino poetry performance group Los Delicados, co-founder of Youth Speaks/Brave New Voices: National Teen Poetry Slam, an HBO Def Poetry Slam poet, a PEN award-winning novelist, and a 2015 Doris Duke Artist.

Flores’ ability to paint a vivid picture of the bi-cultural Latino experience is shaped by his personal background and experience growing up in Chula Vista, California, near the Mexican border. His full body of work touches on the immigrant story in all its complexities: from the violent—forced migration, gang life, war, incarceration, and separated families—to zooming in on intergenerational relationships and the struggle of preserving important cultural values. As a San Francisco artist of Mexican and Cuban-American heritage, Paul S. Flores has built a national reputation for interview-based theater. He integrates Latino and indigenous healing practices to tell the stories of real people impacted by immigration and systemic inequalities. From “Along the Border Lies,” “Brown Dreams,” to “Representa!,” “YOU’RE GONNA CRY,” “PLACAS,” “ON THE HILL: I AM ALEX NIETO,” to “We Have Iré,” his most recent play, Flores dives deep into his themes.

“We Have Iré” explores the real lives of Afro-Cuban and Cuban-American transnational artists living in the United States, and their influence on and experience with American culture. “On The Hill: I Am Alex Nieto” brought San Francisco communities together divided by gentrification and police violence. “PLACAS: The Most Dangerous Tattoo” was based on testimonies of members of MS-13 in California barrios as they attempted to rebuild their lives through laser tattoo removal and therapy. “YOU’RE GONNA CRY” documents the demographic shift of The Mission District after the "dot-com" boom. “Representa!,” chronicles what happens when Chicano spoken word poet Flores and Cuban rapper Julio Cardenas meet in Cuba at the Havana Hip-Hop Festival.

February-April 2018  Headlands Center for the Arts Artist in Residence

Gives readings:
Yes
Travels for readings:
Yes
Identifies as:
Latino/Latina/Latinx
Prefers to work with:
Any
Fluent in:
English, Spanish
Born in:
Chula Vista
Raised in:
San Francisco , CA
California
Please note: All information in the Directory is provided by the listed writers or their representatives.
Last update: Jun 18, 2020
X