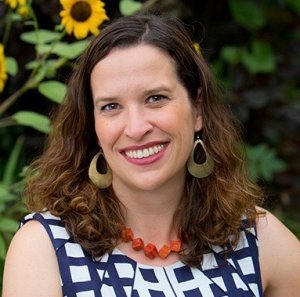 Jenny Shank was the Denver/Boulder Editor of The Onion A.V. Club for six years, and for four years she was the Books & Writers Editor of New West, which was named "Best Literary Blog" in the Westword Best of Denver issue. She was a Mullin Scholar in writing at the University of Southern California. She has taught creative writing at the University of Colorado, the Lighthouse Writers Workshop, and the Boulder Writing Studio, and she is on the faculty of the Mile High MFA at Regis University in Denver.

One of her stories was listed among the "Notable Essays of the Year" in the Best American Essays, and one received Special Mention in the 2018 Pushcart Prize anthology.

She's won writing awards from the Center of the American West, the Montana Committee for the Humanities, SouthWest Writers, and the Barbara Deming Memorial Fund.

Gives readings:
Yes
Travels for readings:
Yes
Identifies as:
American
Prefers to work with:
Any
Fluent in:
English, French
Born in:
Merced, CA
California
Raised in:
Denver, CO
Colorado
Please note: All information in the Directory is provided by the listed writers or their representatives.
Last update: Sep 14, 2022
X