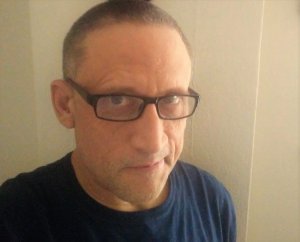 Eric Robert Nolan graduated from Mary Washington College in 1994 with a Bachelor of Science in Psychology.  He began his career as an investigative journalist and later became a grants, public relations and speech writer for nonprofit healthcare agencies.  His poetry, stories, commentary and reporting have been featured throughout over 50 print and online publications in nine countries: the United States, Canada, Britain, Ireland, Germany, Romania, Turkey, India and Australia.  These include Newsday (New York State’s third-largest newspaper and America’s 10th-largest), the Richmond Times-Dispatch (Virginia’s second-largest newspaper), The Roanoke Times (Virginia’s third-largest newspaper), The Free Lance-Star, The Daily Progress, The Galway Review, Every Day Fiction and Quail Bell Magazine.

Eric’s writing and photography were also selected for 11 anthologies, two chapbooks and six mini-books between 2013 and 2021, from publishers such as Peeking Cat Literary, Down in the Dirt, Newington Blue Press and Poems-for-All.  Every Writer’s Resource named his poem “The Writer” as one of EWR’s Best of 2019.  He was nominated for the Sundress Publications 2018 Best of the Net Anthology and for Spillwords Press awards in 2020, 2021 and 2022.  His debut novel was the postapocalyptic science fiction story, The Dogs Don’t Bark in Brooklyn Any More, published in 2013 by Dagda Publishing in the United Kingdom.

In 2021, Eric’s reflections on the 9/11 terror attacks were carried by Newsday, The Roanoke Times, and The Bristol Herald Courier, reaching a combined readership of 706,000 people.  His comments the following year about cultural attitudes toward education were published by Newsday and a number of Virginia newspapers, reaching an even greater readership of 733,000.

Eric is a past editor for the dystopian arts and literature journal, The Bees Are Dead.

Please note: All information in the Directory is provided by the listed writers or their representatives.
Last update: Aug 09, 2022
X