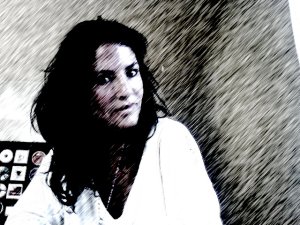 Cherise Wolas is the author of The Resurrection of Joan Ashby, nominated for the 2019 International Dublin Literary Award, a semifinalist for the PEN/Robert W. Bingham Debut Fiction Prize, a New York Times Book Review Editors’ Choice and Paperback Row Selection, an Indie Next Great Reads Pick, named a Best Novel and Best Debut Novel of the year by Kirkus Reviews, named a Top 10 novel of 2017 by Booklist, and received starred reviews from, among others, Kirkus Reviews, Library Journal, BookPage, Booklist, Shelf Awareness, and Huffington Post. The Resurrection of Joan Ashby has been published in the UK, Poland, and Turkey, and is forthcoming in Israel, France, China, and other countries.

The Family Tabor, her second novel, was an ABA Indie Next Great Reads Pick in hardcover and a July 2019 Next Great Reads Paperback Pick, a New York Times Book Review Paperback Row Selection, and received starred reviews from Library Journal, Shelf Awareness, and others. Published in the UK, it will be translated into a variety of other languages. Legendary Entertainment has optioned the novel for a multi-year premium cable television series.

Cherise has a BFA and a JD, was a feature film and television story editor and development executive, practiced law in California and New York, and founded a film company, where she acquired and developed scripts, stories, and novels, and produced movies. She began writing fiction in crayons at the age of four. She was named one of 11 Women to Watch by BookPage in 2018. She lives with her husband and a feline named Henry the Lovebug in New York City.

Gives readings:
Yes
Travels for readings:
Yes
Identifies as:
American
Prefers to work with:
Adults
Fluent in:
English
Born in:
Los Angeles
Raised in:
Los Angeles, New York City
Please note: All information in the Directory is provided by the listed writers or their representatives.
Last update: Aug 24, 2019
X