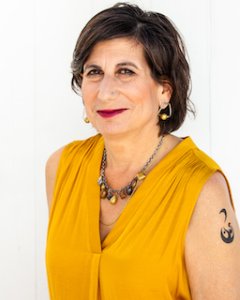 Writer. Teacher. Mother. As a writer, Carla hopes to help readers feel less alone and more resilient. As a teacher, she strives to help others tell their stories and hone their craft while experimenting with new forms. The journey of motherhood informs much of her writing.

Carla’s memoir, One Day on the Gold Line, was published July 2019 by Black Rose. Her essay, “If This Is So, Why Am I” (which is included in her memoir) was listed as a notable in Best American Essays 2019.

Carla teaches creative writing at the Los Angeles Writing Project (LAWP) at California State University Los Angeles (CSULA) and with Southern New Hampshire University (SNHU).  She was recently selected to be a 2019 and 2020 “Pride Poet” participating in the City of West Hollywood’s One City One Pride LGBTQ Arts Festival. Carla is a member of the Pasadena Rose Poets who present “poetry within reach and in unexpected places.”

She received a scholarship from and attended the Vermont College of Fine Arts, Post Graduate Writers’ Conference 2017-2019. Carla was selected for a PEN in the Community Teaching Artist Residency in the fall of 2016. She became a Los Angeles Writing Project fellow when she participated in the 2016 Summer Invitational Writing Institute at CSULA. The Whidbey Writers Workshop MFA Program awarded her a merit scholarship in 2014.

Carla previously helped others tell their stories through her communications business, iMinds PR. She was the co-founder of the Pasadena Writing Project and has taught creative writing to incarcerated youth through WriteGirl. She played an instrumental role in building a career and education outreach program for Latinas at Women at Work. Carla also worked with the largest urban Indian Clinic, The Seattle Indian Health Board, where she started a program to combat family violence and sexual assault and created a model program for addressing adolescent healthcare, teen pregnancy, and teen parenting.

Carla’s goals as a writer and teacher are to give a voice to those who might not otherwise have one and to offer hope for change.