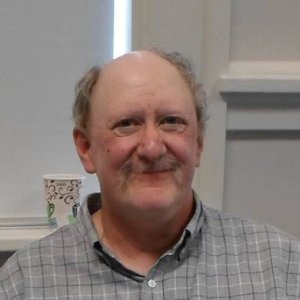 Having spent more than a dozen years in South Carolina, and eight of those in Saluda County, he feels at home there. Originally from Pennsylvania, he has lived in California, New Mexico, and Virginia. His travels, studies, and military career have taken him around the world, especially to Germany, where he also has lived.

As a second-generation American; the Old Countries are never far from him, even though he is patriotic in the original sense of the word. Certain places are important to him because they have formed him even without his realizing it at the time. Later on he discovered connections between them that he never could have foreseen. People in each of those places have also influenced him,. Much of his poetry attempts to honor these people and to show the places to the reader.

Being bi-vocational before it was common, Turfa combines civilian and military ministry with teaching on secondary and post-secondary levels.  These careers gave him countless insights and experiences, many of which are reflected in his poetry

As a young man he wrote poetry, but stopped in grad school and during his early professional life.  During his 2004/05 deployment to Germany, he resumed writing poetry. Joanna Kurowska saw some of his early postings on Facebook and Google She told him that his poetry was good enough to be published. Turfa’s poetry appeared in print and electronic journals in the United States and internationally,  such as SC English Teacher, altpoetics, Metaphor, Munyori Literary Journal, the Pangolin Review and Blue Streak.

In 2015 Places and Times was released by eLectio Publishing. Two years later Accents came out, sand is now on Amazon Desktop Publishing. Gemini appeared in 2018 from Broad River Books.  Saluda Reflections was released in the Summer of 2018 by Finishing Line Press.

One thing he enjoys is mentoring newer and/or younger poets. When they are published somewhere, he shares there joy. His friendships with established poetry give satisfaction and inspiration.

After Saluda Reflections Turfa has another project or two in the planning stages, and looks forward to seeing them take form.