Writing the Self: Some Thoughts on Words and Woe

Growing up, I only knew that my grandma had been “sick.” Later I heard more, and learned that she had taken her own life. But it wasn’t until I started researching a book about culture-bound syndromes that I uncovered the fuller version: Late one night, in 1968, my grandma woke up, opened a bottle of barbiturates, swallowed them all, then climbed back into bed. The next morning my grandfather found her body next to his. She was fifty-six years old. They had been married since she was sixteen and he was nineteen. 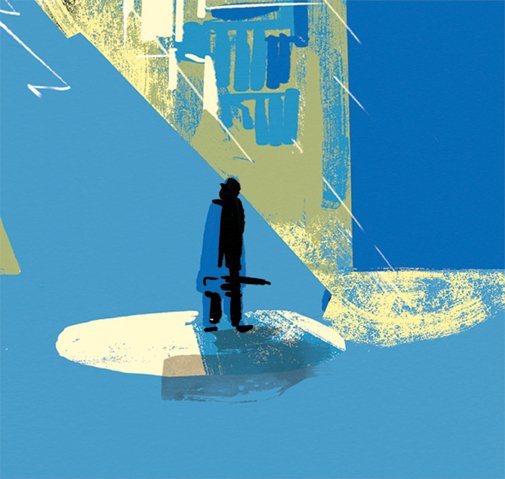 Rates of depression vary widely. In Korea or Japan you have a one in fifty chance of having experienced major depression over the past twelve months, while in Brazil your chance is one in ten. Symptoms vary too. According to Handbook of Depression, a textbook on mood disorders, Koreans and Korean Americans experience manifestations that others would never consider related to depression: constipation, abdominal cramps, heartburn, stiff joints, sore muscles, and increased heart rate. In cultures where excitement and happiness are considered normal, people with major depression show low energy and blunted emotional response. In cultures where emotional control is considered the norm, the opposite is true: Intensified emotional responses are a common symptom of depression. The British psychiatrist Christopher Dowrick, author of Beyond Depression: A New Approach to Understanding and Management (Oxford University Press, 2004), has suggested that depression itself should be considered a culture-bound syndrome.

Culture-bound syndromes (or “cultural syndromes,” as they’re now called) are mental illnesses that mainly occur in certain cultures and that are shaped by those cultures. They are things like koro, a genital-retraction syndrome found in Asia and Africa; or khyâl cap, which is a panic-related condition from Cambodia whereby the wind flowing through one’s body is believed to be blocked; or taijin kyofusho, a paralyzing fear of other people’s embarrassment (not your own) that strikes people in Japan.

When I started researching these conditions, there seemed to be a clear line between them and the depression that afflicted my grandmother. But as I dug deeper, that line began to blur. The belief in the United States that depression is biochemical or genetic in nature—always assumed, but never proven—began to seem culture-bound as well. How could something so big, so terrible, and (sometimes) so final differ so much around the globe, or across a family?

My father, my two brothers, and I are all prone to waves of darkness rolling through our lives, which does point to a likely hereditary component. And yet the way it has played out in all our lives is so different that we each might as well be living in his own country: My youngest brother turned to religion at age fifteen, which is still his source of great joy. My other brother spent many years self-medicating before joining Alcoholics Anonymous, after which he felt better. As for me, while I’ve sunk into dark places many times, for a variety of reasons I have never gone all the way down my grandmother’s road.

If depression were a simple biomechanical process, a series of cellular dominoes falling, the effects should be more uniform from Korea to Kenya to Kansas. But they’re not. And after spending several years reading and thinking about these things, I now see that there is something else at work. Something layered over, and woven through, our biology.

I came across this almost by accident, when someone recommended the work of James Pennebaker, a social psychologist who did some of the first studies into the effects of “expressive writing” on health. His interest started in college, at a time when his marriage was falling apart and he fell into a depressive spiral. He started smoking. He drank more. He stopped eating.

Then, after a month, he started writing, first about his marriage, then about his feelings, his parents, his career, death, and so on. “By the end of the week,” he wrote in Opening Up: The Healing Power of Confiding in Others (William Morrow, 1990), “I noticed my depression lifting. For the first time in years—perhaps ever—I had a sense of meaning and direction.”

So he embarked on a series of experiments in which students wrote about various topics—some emotional, some not. Those who wrote about their emotions experienced a bizarre health benefit: Their trips to the campus health center dropped by half. Their immune function increased. Yet those who merely “vented” about trauma, or who wrote on superficial events, saw no such benefit.

Another of his studies focused on almost fifty professionals (average age fifty-two years) who had been laid off from a computer company in Dallas, where most had worked for thirty years. All were fired the same day, with no warning, and, as Pennebaker noted, were “among the most bitter and hostile group of adults I have ever seen.”

Having kept a journal since my late teens, I found this fascinating. Writing in it has always made me feel better, though while I was doing it I had no idea why. I told myself I kept it to collect material that would later become essays and stories. But honestly, there was never much worthwhile in those pages. Mostly it was just me trying to figure out why I felt so bad, or working through problems, or trying to figure out what kind of person I was. I rarely looked at the pages I left behind.

But I kept writing in the journal, first when I went overseas alone, then again when I traveled with my wife. Not long after we returned to the States, having settled in Madison, Wisconsin, I stopped journaling without knowing why. Whenever I opened the pages, it seemed tedious, pointless, and painful. The little I did write felt trivial. I wondered for whom I was
writing: Who would care about these things? I started losing touch with old friends and made few new ones. I had no  idea who the audience for my stories might be.

Fortunately, I still had an audience of one—my wife—who grew alarmed at the dark turn I had taken, which showed no sign of passing. I felt a strange, new kind of hopelessness that went all the way to my fingertips. Soon she insisted we leave Madison, and within a few weeks our house was on the market (we had one daughter and another child on the way). This time we moved to Minneapolis, and after that things slowly began to improve. Fitfully, I started writing in my journal again.

All this made more sense when I read Pennebaker’s work. But it made even more sense when I stumbled into the field of “self-affirmation” research (not to be confused with “self-esteem”), which uses short writing exercises to change the way people see themselves. One of the most common is to write for ten minutes or so about your values, about why they are important to you, or about a time when those values came into play.

Repeated just a few times, these exercises can have significant effects. They can boost students’ gpa for years. They can improve subjects’ health and relationships. The reasons for their power are not fully understood, but it seems to have something to do with expanding your sense of self, of who you are, and of what caused you to become that person.

In a 2014 overview of this research, Geoffrey Cohen and David Sherman noted that “the self” can be best understood as a kind of “storyteller” with “a powerful need to see itself as having integrity.” We need to believe we are good people, moral people, and that we can achieve the goals we set for ourselves. This is what Cohen and Sherman call a “narrative of personal adequacy.”

Yet the world does not always confirm our adequacy. In fact, it often tells us the opposite, in the clear language of failure, rejection, exclusion, pain, and other unpleasant things. These can threaten the idea of our self. And when the idea of our self begins to crumble and we can’t quite hold it together, it can take an emotional and physical toll. Long before anyone talked about this kind of thing, the psychiatrist George Engel looked at cases of 170 people who died suddenly and unexpectedly. He found that there were various circumstances that precipitated death: the loss of a spouse, child, sibling, or friend; denial of a promotion; loss of a job; a robbery; the demolition of a hotel where one man worked for thirty years; and a reconciliation with long-lost family members. Engel noted that these episodes marked periods of extreme excitement, loss of control, or “giving up.” Many involved the sense that the person “no longer has, or no longer believes that he has, mastery or control over the situation, or even over himself,” Engel wrote. In other words, when your sense of self unravels, your actual self can too.

Writing affirmations seems to offer some protection from these slings and arrows. In one study that Cohen and Sherman cited, both affirmed and non-affirmed people were shown a live caged tarantula. The affirmed group correctly judged the distance between themselves and the spider. Non-affirmed people saw the threat as physically closer than it really was. When the story we’ve told ourselves about who we are is threatened, the world feels more dangerous. Things can look more dire, more risky, more hopeless than they are. That’s a feeling I remember clearly. It’s one I’m sure my grandma knew well.

Culture-bound or not, depression is a complex beast. Even today there are no known physiological causes, despite our perennial assumption that these will soon be found. There is no biological test you can take for it. That’s why, for me, the intersection of narrative and neurology is where a key piece of this puzzle can be found.

Surely nothing as simple as a notebook and a pencil could have saved my grandma, just as when things turned darkest for me, my wife had to intervene. Yet I still feel lucky that I became a writer when I did. Because for years those journal pages helped me hold myself together when the world pulled me apart. They helped me figure out who I was, who I wanted to be, and how to bridge the distance between the two.

But most important, I see now that in all those years when I thought I was writing one kind of story, I was writing another. Now when I open my journal, I know which story that is. I know why I’m writing it. And I know the end is still a long way off.

Frank Bures is a contributing editor of Poets & Writers Magazine.