Writing Programs That Fit the Form

For aspiring novelists, a workshop that offers sustained feedback on one’s book—a book being an often complex, sprawling, and years-long project—can be hard to find. Until recently, the majority of novel workshops at creative writing centers, which typically last eight to ten weeks, have focused on craft instruction and allowed for critique of only a few chapters of a writer’s novel. MFA programs, while longer in duration, are often similarly structured, with classes typically equipped to focus on shorter works such as stories and novel chapters, rather than complete manuscripts. Even if a student chooses to work on a novel throughout an MFA program, in most cases the work must be done across several classes and semesters, with new readers and a new instructor each time. In the last six years, however, four creative writing centers have begun to fill this gap by launching intensive programs dedicated to generating and revising novel manuscripts—as well as memoirs and other book-length projects—for publication. 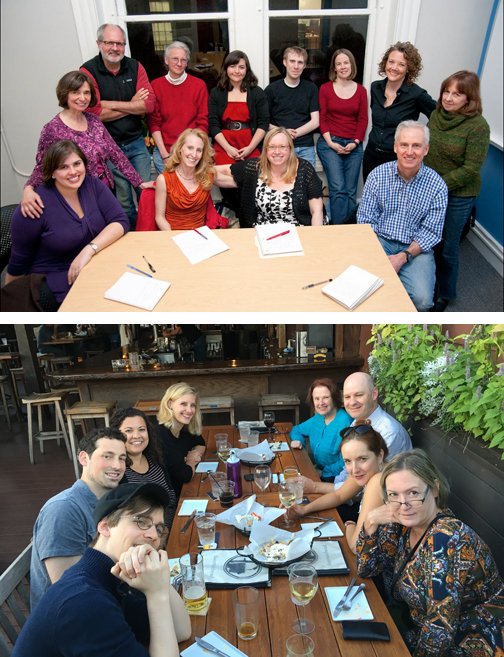 One of the first such programs, Boston-based Grub Street’s yearlong Novel Incubator, was launched in 2011 and is designed for writers interested in deep revisions of an entire draft, craft-based study of the novel form, and the camaraderie of a community of writers. Novelist Michelle Hoover, who founded the program with Grub Street’s artistic director, Christopher Castellani, and novelist Lisa Borders, continues to lead the program today. Hoover says the incubator—which consists of weekly workshops in Boston, one-on-one meetings with the instructor, and feedback on the final draft from another established author—allows writers to concentrate on a single project with the same group of students who have grown familiar with the full story. “The problem with [short] novel workshops,” says Hoover, “is that you work on micro revisions and only see a few pages at a time. At a Novel Incubator you discover changes that need to be made at the macro level.” Grub Street added a Memoir Incubator in 2013, as well as nine-month novel- and memoir-generator programs for writers working to complete a first draft.

Not only do book-length writing programs offer sustained feedback for writers, they are often better suited to writers with busy schedules. Rebecca Makkai, acclaimed novelist and instructor at StoryStudio Chicago’s Novel in a Year program, which she launched in 2012, has noticed that her program attracts writers who might also consider a low-residency MFA—primarily people working full-time jobs and raising children. Makkai has also taught students who have already completed programs. “They left with a thesis and now want to look at things like how to sustain character arcs over the long haul for major and minor characters, and how to outline a project that large,” says Makkai. The monthly in-person meeting schedule affords those outside Chicago an opportunity to participate. “This year I have one person flying in from Philly and another from Washington State. The program’s $1,295 price is a small fraction of the [cost of other novel-writing programs], which allows some students to fly in.” Given the demand for Novel in a Year, StoryStudio added a second section, and has also introduced a Memoir in a Year program.

While Grub’s incubators focus on complete drafts and StoryStudio students typically begin with a partial draft, Denver’s Lighthouse Writers Workshop offers a two-year Book Project program in which students spend the first year writing a draft and the second on revisions—all under the direction of one mentor. Launched in 2013 and directed by novelist William Haywood Henderson, the program is offered to novelists and memoirists as well as those working on books of narrative nonfiction and collections of poems, stories, or essays. “The Book Project allows a writer to have one person guide them through an entire project, setting deadlines and tailoring instruction based on where the writer is struggling,” says Henderson.

The Writer’s Center in Bethesda, Maryland, is the latest literary center to develop a yearlong book-writing program, having launched the Novel Year program in 2015. The 2016 class began in September under the leadership of novelist Susan Coll, who says this year’s ten-person group includes writers of historical and literary fiction, young adult books, thrillers, and memoir. “The craft lessons will be geared toward people’s works-in-progress, working with their own material as the clay,” says Coll. Makkai, meanwhile, has seen an increase in the number of applicants for the StoryStudio program: “The first year we had sixteen to twenty applicants for twelve spots; this year we had forty.” With Grub Street and the Book Project reporting similar increases, more literary centers are starting to pick up on the trend: The Loft Literary Center in Minneapolis, for instance, will launch its own yearlong Novel Writing Program, led by novelist Peter Geye, starting in January 2017.

The impact of novel-intensive programs is notable not just in terms of popularity, but also in the publishing success of their students. All four programs conclude with instruction on the publishing process, and in some cases the students also meet with literary agents. The results thus far have been encouraging: A writer from StoryStudio’s program recently had her book picked up by Simon & Schuster, and a handful of other writers have found agents. As for Grub Street alumni, Hoover says, “We have seven writers under contract and five more signed with agents, which makes for about a 20 percent publication rate a year after the student finishes the program—and that’s just the Novel Incubator."

Christine Koubek is a teacher and writer whose work has appeared in the Washington Post; Bethesda; Brain, Child; and Coastal Living, among many others. She received her MFA from Fairfield University. Her website is www.christinekoubek.com.