Author and activist Toni Cade Bambara has said the role of the artist is “to make revolution irresistible.” So when Jenny Offill, author of the novels Dept. of Speculation (Knopf, 2014) and Weather (Knopf, 2020), heard about the work of Writers Rebel—the writers’ arm of Extinction Rebellion, an international activist group that works against climate change—she felt compelled to get involved. “I’d been working on Weather and was thinking and reading a lot about climate change, trying to figure out how, when I was done, I was going to do something that was actual activism and not just hole up in my room writing,” Offill says. “In October 2019 I saw that this Writers Rebel group was about to have its first event in England and sent a note of solidarity. They got in touch and said, ‘We’ve been wanting to start a New York City branch; how do you feel about that?’” 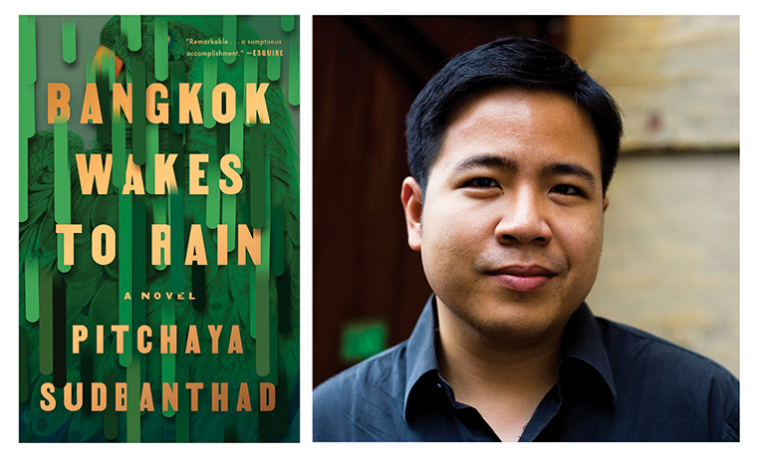 Founded in 2018 in the United Kingdom, Extinction Rebellion is a global movement of grassroots activists who use civil disobedience and other nonviolent means to address the urgent threat of climate change. Their massive protests, some filling London’s Trafalgar Square with colorful puppets and performance art, have demanded government action on policy change and called on the voices of writers including Zadie Smith and Margaret Atwood to articulate the realities of the climate crisis. The movement boasts over a thousand local groups in more than seventy countries, including several Writers Rebel chapters: coalitions of writers, editors, and others in publishing who seek to “position literary creativity, language, and storytelling as crucial means of inspiring courage, conversation, and action for our climate and environment,” as Writers Rebel NYC says in its mission statement. Writers Rebel NYC was launched on November 25, 2019, when at Offill’s invitation a dozen writers met at the Center for Fiction in New York City to “see what we, as members of the literary community, could do to raise the alarm that this isn’t the slow-moving disaster that people think it is,” Offill says. “Amitav Ghosh was at that first meeting, and many of us had read his book The Great Derangement, which argues that literature is failing at tackling the greatest crisis of our time. He asks, ‘When people look back at this time, they’re going to wonder, why weren’t there more books about this?’”

The first Writers Rebel NYC events were planned to take place in person in 2020; as the pandemic altered that plan, the group adapted—and expanded their reach—through Zoom events. They partnered with the Brooklyn Public Library to launch Climate Reads, a reading group that works for climate change action by choosing one book a month for participants to read and then hosting discussions among activists, writers, scientists, and others. The first Climate Reads event featured former National Book Foundation executive director Lisa Lucas, climate justice writer Mary Annaïse Heglar, and author Emily Raboteau discussing Octavia Butler’s prescient dystopian novel, Parable of the Sower, which imagines a California plagued by drought and rising sea levels from global warming. At another, Jenny Offill and her daughter, Theo Hirmes, discussed Greta Thunberg’s book No One Is Too Small to Make a Difference, a rallying cry for action against global warming and the climate crisis. More events are planned throughout 2021. Pitchaya Sudbanthad’s debut novel, Bangkok Wakes to Rain (Riverhead Books, 2019), which depicts a futuristic Bangkok half-drowned by rising sea levels, will be the Climate Reads title in March. “When you have a crisis as large as the climate, narrative is everything,” says Sudbanthad. “Literature makes the crisis more palpable to more people, because fiction is rooted in truth. This truth helps to destroy the false narratives and denialism out there.”

But can reading and discussion foment significant climate activism? Novelist Alexandra Kleeman, who joined Writers Rebel NYC out of a craving for an activist writing community in which authors grapple with climate crisis in their work, thinks it can. “We absolutely need massive policy change. But literature is a way of making the problem more relatable and more discussable.” She believes climate representation in literature changes the way readers experience reality and offers a true vision of our human condition and agency. Editor and fiction writer Elissa Schappell, a member of Writers Rebel NYC since its inception, agrees. “Reading demands that readers surrender themselves to the experience the writer is offering them, forcing them to inhabit the lives and the landscape of characters that may be very unlike them,” she says. “Writers have a unique ability to capture the realities of the climate disaster in ways that reach people on an emotional level as well as an intellectual level.”

Gila Lyons’s writing on mental health and social justice has appeared in the New York Times; O, the Oprah Magazine; Cosmopolitan; and other publications.

Poet Aracelis Girmay discusses her new position as editor-at-large of the Blessing the Boats Selections, a set of poetry books written by women of color and published by BOA Editions.