Nine writers have won the Whiting Foundation’s Creative Nonfiction Grant for 2022, the seventh year the foundation has offered the award. The $40,000 grants—which, unlike the Whiting Awards, writers must apply for—are meant to support multi-year book projects that exhibit both boldness of vision and evidence of sharply honed craft: “singularity of voice, arresting narrative vision, and in-depth research spread over multiple years,” as the foundation puts it. 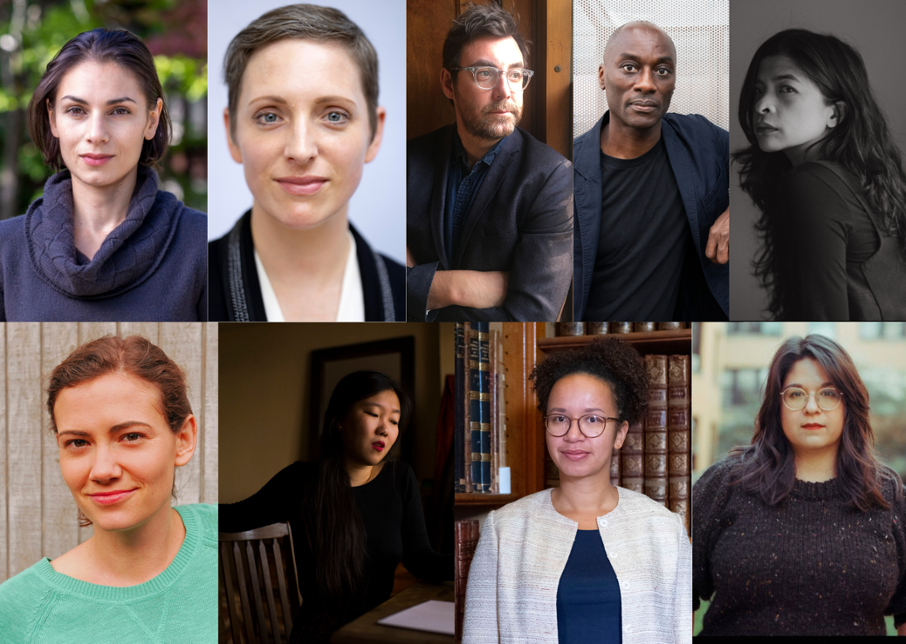 The winners are Atossa Araxia Abrahamian for The Hidden Globe, an investigation of special economic zones that exist outside the bounds of nation states, forthcoming from Riverhead; Emily Dufton for Addiction, Inc.: Medication-Assisted Treatment and the War on Drugs, a history of the medication-assisted treatment for heroin addiction, forthcoming from the University of Chicago Press; Wes Enzinna for Impossible Paradise: Life, Death, and Home in a California Tent City, which probes the origins and consequences of American homelessness through the lens of an outdoor encampment in Oakland, forthcoming from Penguin Press; Ekow Eshun for The Strangers, a study of Black masculinity that mashes up memoir with biographies of culturally influential figures from the 19th century to the present day, forthcoming from Hamish Hamilton in the United Kingdom; Patricia Evangelista for Some People Need Killing, a mix of literary journalism and first-person narrative investigating President Rodrigo Duterte’s deadly war on drugs in the Phillipines, forthcoming from Random House; Brooke Jarvis for Invisible Apocalypse, a deep-dive into the disappearance of insects across the globe, forthcoming from Crown; May Jeong for The Life: Sex, Work, and Love in America, an intersectional exploration of the lives of sex workers, forthcoming from Atria; Mathelinda Nabugodi for The Trembling Hand: Reflections of a Black Woman in the Romantic Archive, a critique of Romantic poetry and its links to the Black Atlantic slave trade, forthcoming from Hamish Hamilton in the United Kingdom and Knopf in the United States; and Alejandra Oliva for Rivermouth: A Chronicle of Language, Faith, and Migration, which explores the U.S. immigration system as seen through the eyes of the author, who has worked as a translator for asylum seekers, forthcoming from Astra House.

Courtney Hodell, the Whiting Foundation’s director of literary programs, praised the grantees for having “the courage and freshness of vision to address consequential stories hiding in plain sight,” she said in a statement. “It’s our hope that the Foundation’s support will help these gifted writers delve into the most necessary places, whether that’s in the archives, on the street, or within our understanding.”

Each of the winning projects were reviewed by two first-round readers, who judged according to “substance, narrative skill, quality of research, and impact.” Sixteen finalists were then evaluated by a panel of four judges, who considered how the grant might support the development of the book. The anonymous readers and judges were experts in the field of each proposed book project.

For more than forty years, the Whiting Foundation has supported literature and the humanities through its programs and grants. The Whiting Awards annually awards ten emerging writers in fiction, nonfiction, poetry, and drama with $50,000 each, and the Whiting Literary Magazines Prizes help journals foster path-breaking writing with individual financial awards.

To learn more about the Whiting Foundation’s Creative Nonfiction Grant, visit the foundation’s website. Check out the Grants & Awards database and Submission Calendar for more contests in poetry, fiction, creative nonfiction, and translation.