From 1903 to 1908, Rainer Maria Rilke, the author of Duino Elegies and Sonnets to Orpheus, among many other books, wrote a series of responses to letters he had received from Franz Xaver Kappus, a young would-be poet. Rilke's letters—graceful instructions on the art of poetry and, more important, the art of living—were collected under the title Letters to a Young Poet and published in Germany in 1929, three years after the poet died of leukemia. M. D. Herter Norton eventually translated the book into English, and W. W. Norton published it in the United States in 1934. 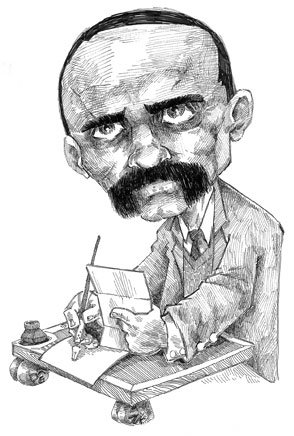 Over seventy years later the book remains a favorite for poets of all generations. But more than a few readers have wondered, perhaps secretly, "Why are we only hearing from this Rilke guy?" Kappus died in 1966—he was nineteen when he began writing his letters—so a group of twenty-eight American poets have rerun Rilke's experiment in mentorship—with one significant difference. The Letters to Poets project is an organized correspondence between what the project's editors—poet Dana Teen Lomax, who lives in San Quentin, California, and poet Jennifer Firestone, who lives in New York City—label "emerging" poets (the pupils) and "established" poets (the mentors). Members of the mentor group include Wanda Coleman, Kathleen Fraser, Leslie Scalapino, Quincy Troupe, Anne Waldman, and John Yau. Anselm Berrigan, Brenda Coultas, Albert Flynn DeSilver, and Patrick Pritchett are among the emerging poets, or pupils. One of the main points of the project, however, is to break down the barrier between such distinctions.

"Jennifer and I take issue with the fact that the emerging voice of Kappus was absent from Letters to a Young Poet," says Lomax. "Their correspondence, then, was not an 'exchange' per se. Instead we wanted to hear not only what some of America's established contemporary poets have to say, but also what the younger poets are talking about, what they have to say."

So the two began asking various poets whether they would be interested in participating in their project, which began a year ago and recently culminated in a manuscript that features the correspondence of fourteen pairs of poets. "The complete manuscript is being reviewed by several book publishers," Firestone says. Excerpts from three of the pairs' correspondence—Fraser and Pritchett, Paul Hoover and DeSilver, and Scalapino and Judith Goldman—were recently published in the online magazine Jacket, and others have been submitted to various literary magazines.

Anne Waldman, the cofounder, with Allen Ginsberg, of the Jack Kerouac School of Disembodied Poetics at Naropa University and the author of over forty books, wrote to Karen Weiser, a young New York City poet who has published two chapbooks, as part of the project. "I had first heard of her when she was an undergraduate student at UC Santa Cruz, working under poet Peter Gizzi," says Waldman, "and then most likely met her through poet Anselm Berrigan—a long-time friend, who I have known since his birth, who is now Karen's husband." Despite their difference in age and experience—not to mention publishing credentials—she says, "I felt I was writing to her as a contemporary poet and equal."

For some, the situation was a bit more complicated and, at times, humorous. It's clear that these aren't private notes between introverted poets but a full-on public performance. Young Pritchett, for instance, talks about keeping faith with his work, and then asks (parenthetically, rhetorically), "How's that for Rilkean resonance?" Elsewhere, DeSilver engages in a bit of epistolary comedy with veteran Hoover. "And so, am I supposed to ask a question of the wise elder? Pine for acceptance, praise your genius, or just be with the words and write a letter as it comes in direct correspondence from the void, in the moment?" DeSilver asks. Hoover responds: "I, too, feel uneasy with the elder-younger frame of this project. The young poet asks Horace a question and Horace goes on for hours."

Of course, there's a reason these Horatian monologues can be so wordy-older poets, some of them, have earned their authority by virtue of having lived and written for so many years. This is the sort of thing readers encounter in Rilke's letters. In his initial response to Kappus, collected in Letters to a Young Poet, he writes:

You ask whether your verses are any good. You ask me. You have asked others before this. You send them to magazines. You compare them with other poems, and you are upset when certain editors reject your work. Now (since you have said you want my advice) I beg you to stop doing that sort of thing. You are looking outside, and that is what you should most avoid doing right now. No one can advise or help you—no one. There is only one thing you should do. Go into yourself. Find out the reason that commands you to write; see whether it has spread its roots into the very depths of your heart; confess to yourself whether you would have to die if you were forbidden to write.

One can hardly expect even the established poets in the Letters to Poets project to write with such absolute authority. Only the extremely rare poet has the stature of a Rilke. But one of the lessons of this experiment seems to be that young poets do, in fact, have important things to say. Consider one of Pritchett's responses to Fraser:

I feel lately I've hit a barrier in my work, a place where I'm repeating myself all right, but in all the wrong ways. This is the place every writer dreads: where yesterday's surprise and invention are today's cliché. The force of original thought that is a writer's style, as Synge calls it, can often decay into just a bag of tricks, a schtick of some kind. We all tend to repeat what proved successful once, but the risk we run by doing so is that the writing can just as often as not go flat. Even the most uncanny writing can erode into mannerism. I see it in older writers as well as those of my own generation, accomplished poets in their 30s and 40s who have hit on something forceful and new, but who then beat it into the ground. How do we escape this trap?

The fact that Pritchett, who is hardly an untested teenager—as Kappus was at the time of his famous correspondence—doesn't have a reputation the size of Rilke's does nothing to diminish the truth and power of his words. In fact, it makes one curious to hear what the other poets, established and otherwise, have to say.Perhaps Alfred Arteaga and Hajera Ghori, Jayne Cortez and Rosamond King, Joan Retallack and Brenda Iijima, Cecilia Vicuña and Jill Magi, and the other pairs who participated in the project have some real wisdom to impart. Or perhaps not.

Of course, the equal attention paid to mentor and pupil isn't the only way in which the Letters to Poets project differs from Rilke's Letters to a Young Poet. Whereas Kappus's and Rilke's letters were precisely that—letters—some of the contemporary poets corresponded using a slightly more convenient, albeit less romantic, mode of communication: e-mail.

Ken Gordon is the publisher of QuickMuse, the editor of JBooks, and a freelance writer.