Over two decades of examining emerging technology and providing lengthy analysis for clients helped Vinnie Mirchandani hone his writing skills. As the president of Deal Architect, a technology advisory firm, Mirchandani travels globally to meet with clients and give talks on business innovation. Between consultations and speaking gigs, he also blogs regularly for both Deal Architect and his own personal site on global technology innovation, New Florence New Renaissance, and contributes to publications such as InformationWeek. He has published five books on technology and innovation—two with John Wiley & Sons, two on his own, and one as a partnership with a German technology company. Wearing his analyst’s hat, Mirchandani is critical of the publishing business, contending that the traditional model doesn’t reflect the realities of today’s marketplace. I talked with him about his books and why he has chosen to self-publish. For some perspective on the business-book arena, I also spoke with Cynthia Zigmund, a literary agent and editorial consultant, and Rob Nissen, a book publicist. 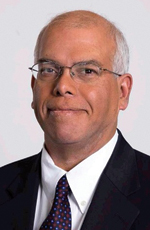 The Author’s Approach
Vinnie Mirchandani is the founder of Deal Architect, through which he helps clients evaluate and negotiate technology contracts and also advises companies on IT risk management, software, and globalization issues. Previously, he worked as a technology-industry analyst with Gartner and as an outsourcing executive with PricewaterhouseCoopers. He is the author of five books, most recently SAP Nation 2.0: An Empire in Disarray (2015).

As an author, I’m a later bloomer. I didn’t publish my first book until 2008, but now I have five under my belt. Wiley published my first two, The New Polymath: Profiles in Compound-Technology Innovations (2010) and The New Technology Elite: How Great Companies Optimize Both Technology Consumption and Production (2012). In early 2014 I partnered with the CEO of the German technology company Software AG to copublish The Digital Enterprise: The Moves and Motives of the Digital Leaders. I then self-published my first book about the multinational business-software company SAP, SAP Nation: A Runaway Software Economy, in December of the same year, and its follow-up, SAP Nation 2.0, less than a year later. 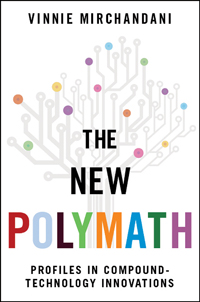 As an observer of the business world, I am well aware of the importance of a brand. In part, that’s why I signed on with Wiley. I was also very busy and thought that I wouldn’t have time to do everything on my own. However, dealing with a large publisher turned out to be a big negative. The copy and production editors were not familiar with the topic so their value was limited. For The New Polymath I gave detailed input on what I wanted for the cover design, but the publisher ignored my recommendations and instead used a stock photo. I insisted on revising the design three times without help from the in-house designers. During the negotiations for the second book, the publisher assured me I would have its full support and the process would be much smoother. In some ways the experience was worse. In addition to fighting over the jacket design, the copyedit on The New Technology Elite was awful and I had to insist that obvious errors such as the spelling of Estonia be corrected. With both books, the house’s marketing efforts were minimal. I believe there are many capable first-time business authors whom publishers like Wiley could be helping, but they need to move to a more author-nurturing model.

For SAP Nation, my wife did the initial edit; she is not a technologist but has an eye for readability. I then hired a professional editor and a graphic designer, worked with the company 1106 Design on the formatting, and submitted it to Amazon. From start to finish, I probably spent less than ten thousand dollars for three formats: a hardcover, a paperback, and a Kindle version. It took less than three months—far less time than when I worked with a publisher. Because I blog and have written many articles over the years, I have strong media contacts so I don’t usually hire a publicist. The topic of my book was somewhat controversial so I was able to get specific coverage in technology publications as well as mentions in Forbes and BusinessWeek. I sent advance copies to thirty or forty people who requested review copies. Then, three weeks prior to publication, I sent out another announcement asking the media to opt in and request a review copy.

I’m obviously an advocate for self-publishing, but I would offer several cautions to authors:

• Writing a book is tough enough, but it’s only a fraction of the total effort you’ll need to make.

• Editing, formatting, and other minutiae are important but probably the least enjoyable part of the process.

• Marketing will require a lot of effort. You need to be out there pushing the book. Establish a decent budget so you can get the word out.

• If you’re hiring a publicist, do your research. Find out whether the firm has contacts in your subject area. I hired one for my first book with minimal results. The right publicist for your book doesn’t have to be a book publicist.

• Learn to maximize your own sales channels, even if they are modest. Take advantage of Amazon promotions to vary the price of your book by global location.

In spite of my experience, I would advise first-time authors to consider an offer from a traditional publisher. You have plenty to worry about just finishing your manuscript. I look forward to working with other publishers in the future, having learned quite a bit through the self-publishing process.