Monday-morning quarterbacking in book publishing usually amounts to a lot of second-guessing and debating about a book’s title, cover design, publication date, review coverage, and other considerations. While placing a book with a particular publisher and reaching a specific sales target are common measures of success, some authors consider simply completing and publishing a book an achievement in and of itself—and this is often where self-publishing enters the picture.

Unlike traditional publishing models, in which an author receives feedback from a whole team of professionals, the self-published author is often alone throughout the publishing process. To provide some insight into the experience of one self-published novelist, I asked author Robb Cadigan to describe the path he took to the October 2013 publication of his novel, Phoenixville Rising, which he describes as a “coming-of-age/romance/crime story set in a small industrial town in Pennsylvania.” 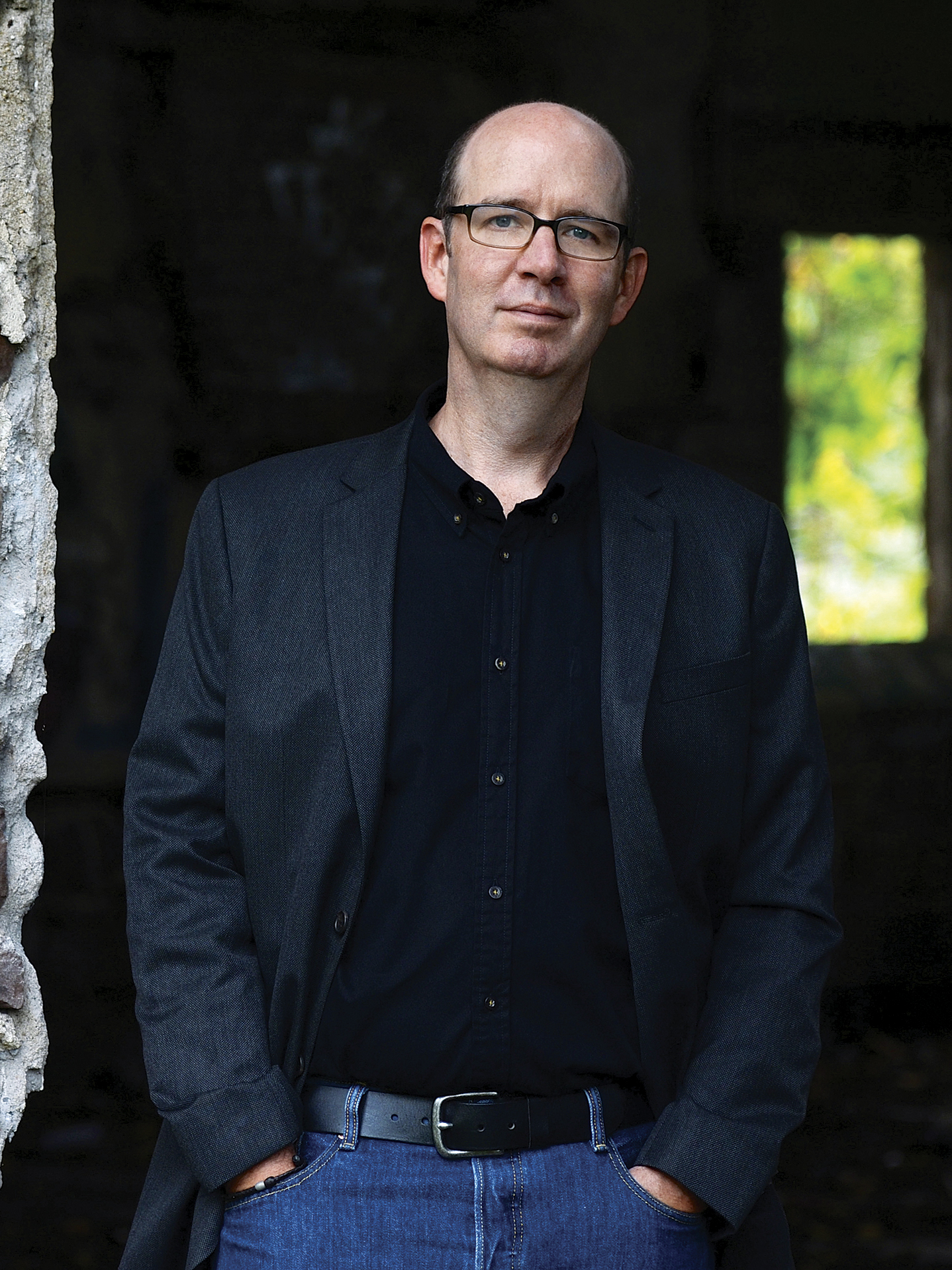 I have been writing my whole life. I remember writing plays and skits in elementary school; I was involved in theater productions in high school. I was an English major at Bucknell University, where I used my writing skills to get into advertising and marketing. For approximately thirteen years I worked at the television network QVC while writing fiction at night and on weekends. I’ve always had stories in my head that I wanted to tell.

I take a practical approach to everything I do. I was enjoying my work at QVC and wasn’t thinking about making a specific career change, but I knew that I wanted to become a better writer. On a whim I sent a screenplay to the producers of L.A. Law. They didn’t buy my script, but one of the producers called and gave me some positive feedback. The producer encouraged me to reach out if I ever moved to California. That call gave me a burst of confidence.

Later, I completed a novel that I was pleased with and I sent it to agents whose names I found in the acknowledgments section of other books. There wasn’t much interest, and the submission process was almost impossible given my full-time job. Then, a high school friend who knew Jodi Picoult—this was in 1999, right as she was hitting it big—suggested I talk with her. Picoult gave me some wonderful advice and explained why literary agents are so important. In fact, her agent, Laura Gross, took me on as a client. The book was well received but no publisher wanted to buy it.

I was frustrated; it had taken me close to two years to complete a book, followed by months of rejections. I was way too impatient to endure the submission process, which I found demoralizing. The agent was very supportive and surprised that my work kept getting rejected, but we grew apart. She still looks at my material but no longer represents me.

I’ve spent the last ten years or so just trying to learn how to write a good novel, rather than trying to get published. I’ve taken classes at the Iowa Summer Writing Festival. I formed an online critique group. I took classes locally through Liars Club, a writers group in Philadelphia. I made a lot of contacts and received lots of positive feedback, so my plan was to keep working at my craft.

In 2002 I left QVC and finished a version of Phoenixville that my agent spent a year submitting to publishers. Once again, the book was rejected with variations of “I don’t know how to sell it but he’s a good writer.” The pitch was “The Outsiders meets Cold Mountain,” which I agree made the book a tough sell.

I put the novel aside, and from 2003 to 2004 I wrote other books, concentrated on being a stay-at-home father, and continued to take writing classes. I kept thinking that if I improved my writing, I would find a publisher.

I hired two different editors to help me. The first editor was actually a crime-fiction writer; we talked on the phone and he gave me long critiques about what didn’t work. That kick-started a rewrite, which I worked on for a while, but then, determined to make the book as good as I could, I hired someone else. The second editor’s approach was micro, focused on tension in each scene, the role of the characters, and making them stronger. By the time we were done working together, in 2012, I felt that the book was ready. The editors were tough on me but they agreed that I had a solid debut novel.

I was almost fifty years old. I wanted my kids to see what their daddy was doing all day at the coffee shop. I decided to self-publish. My goal wasn’t to hit a best-seller list but to be a writer and build a career. I thought I would entertain some readers and then move on to my next book. My book was ready in the spring of 2013 but I spent that summer learning about self-publishing. I took off my writer’s hat to learn how to produce and then market the book. My marketing experience gave me some confidence that I would know what to do, and I knew that I could promote at least to the local audience. 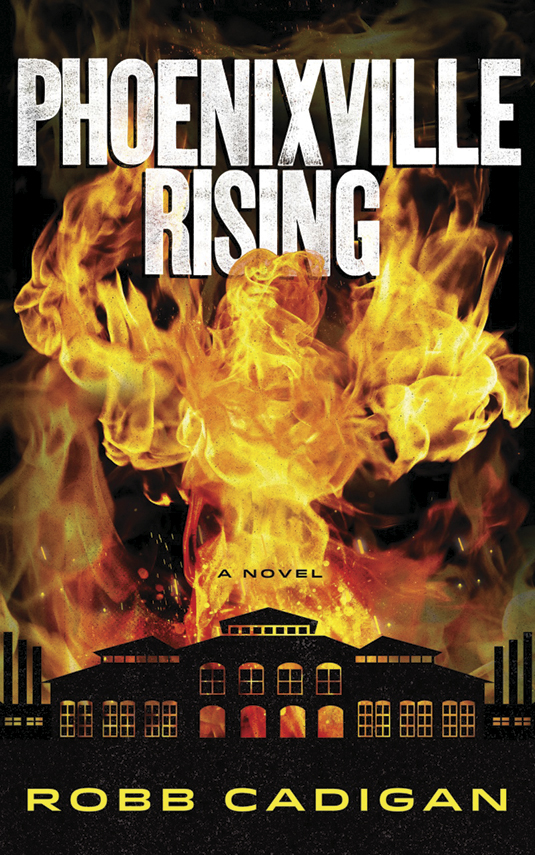 I used the resources I found at pw.org, read self-publishing blogs, and spent about six months researching until I felt comfortable with the process. I was very clear that I was publishing a small, literary, first novel and that I wanted to sell it to a limited audience locally. My marketing strategy had a finite radius—Phoenixville, Pennsylvania. I hired a designer, Larry Geiger, and gave him my cover concept. We went back and forth, and he turned my idea into an attractive cover.

I created my own imprint, Rodgers Forge Press, named after my childhood neighborhood in Baltimore. I used CreateSpace and Kindle Direct Publishing for the paperback and e-book, primarily because of the connection to Amazon. I was hoping for more promotion from Amazon, which didn’t happen.

I knew that the key to success would be building a relationship with readers. I used the summer to make people feel a part of the process by posting short scenes from the book as sneak previews on my website, teasing it on my blog, and telling everyone the book would be published on October 1. I promoted it on Facebook and used Goodreads to build excitement.

By the time the book was published, there was some buzz building: There were flyers posted around town.

I initially did three different local events. Some of the book takes place in the library; my launch event at the Phoenixville Public Library attracted about a hundred people. I only knew about a third of the attendees. The others were longtime residents, steel-mill workers, or avid readers. It was very rewarding and I sold a lot of books there. Over the next few weeks, I held an event at my church and also served as keynote speaker at a fund-raiser for the library. The hand-selling I did at these three events gave me a better idea of book sales than what was happening on Amazon. While the book was available at Amazon and about eight to ten suburban Philadelphia bookstores and gift shops, it was not sold at the neighborhood Barnes & Noble.

A local gift shop sold the book, as did Towne Book Center, an independent bookstore in the area. The owner was hesitant but he took six copies. After those sold out in forty-eight hours, he took more copies, and the book became the best-selling Philadelphia-based novel in the store’s twenty-seven-year history. I tried always to have a supply of one hundred books. I signed all of them and attached a sticker: “Local author, signed copy.” I gave out posters as well. I knew the book was selling because the boxes were leaving my garage. Readers bought it as gifts for Christmas, asking me to sign it to family members. I spent most of the winter talking at book clubs, usually going to one meeting a week, which continued through early June.

The publication was everything I hoped for as a writer. I met my goal of being a local hit. In retrospect, I look like a genius even though I was flying blind. I didn’t do any virtual book tours or guest blogging. I didn’t make any effort to promote beyond my Facebook and Twitter followers. There is a much larger audience that I didn’t know how to tap into, and I didn’t have the time to learn about social media. I didn’t want to do it myself and I clearly missed an opportunity.

Other authors have told me that selling more than two thousand books in about six months is impressive. By far, my biggest expense was hiring the two editors. Otherwise, the books cost about five dollars each, the cover design was about five hundred dollars, and I spent about two thousand dollars on the website, posters, and bookmarks.