The Poet’s Job: How I Make a Living in Poetry

Every so often someone will come up and tell me I’m one of the rare individuals who makes a living as a poet. It’s not exactly like that, I’ll say, and explain that though I have the credentials to legitimately call myself “a poet,” poetry alone isn’t what’s getting me paid. I find work because I also play fiddle, and have found a way to incorporate poetry with music. Because I’ve already been doing this for years, I not only have a network of contacts, but also the wherewithal to use those contacts. I earn a reasonable income doing work I love. 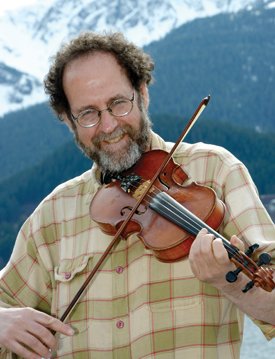 In 1988 I graduated from the University of Alaska in Fairbanks with an MFA in creative writing—an emphasis in fiction writing. After teaching full-time for several years, since 1995 I’ve been a freelance writer, musician, performer, and educator. When pressed for a more specific description of my job, I’ll say I’m a touring artist (though for many years I’d have answered, “Alaska’s Fiddling Poet”; the moniker has both drawbacks and benefits—and I still use it if it can help secure a gig).

The vast majority of my income stems from appearances, and I play a range of venues for a range of audiences. In the course of a week I might entertain an auditorium of first-graders, fourth-graders, or middle-schoolers; work with at-risk or AP high-schoolers; visit a college creative writing classroom; do a solo show at a public library; and participate in and produce a roots-music variety show through an arts council or performing arts center.

Despite the differences in venue and audience, the one constant in my schedule is that I combine poetry with music and storytelling.

At most events—and certainly all my school shows save for the largest assemblies—I make time for a question-and-answer session. If the question comes up, I’ll mention to high school or middle school groups that I’m being paid to be at their school. What I don’t explain is how I’ve found a way to successfully do this.

The money hasn’t come from selling books. Though my first two full-length collections went into second printings, most of the proceeds went to the publisher and distributor. My next four collections have sold well enough, as have my memoir and my children’s book of acrostic poems. But from the beginning—my first full-length collection came out in 2000—what’s felt essential has been making sure that my books, which I’ve had to buy from various publishers, have gotten into the hands of people with budgets that might allow them to hire me.

In other words, because I make money from appearances, I strategically give away books, because it’s having written books, rarely the actual writing, that gets me hired.

My CDs, which combine poetry with Appalachian-style string-band music, have always sold better than the books. But even these discs, combined with sales of the books, usually only bring in enough to pay for incidentals.

My longtime challenge has been to keep booking appearances that not only pay well enough to enable me to make rent, buy food, and transport myself around the country, but also to reorder the books and CDs. If I didn’t invest in the process, I’d have had to quit. While the poetry and music are available online—and my website has evolved to better document the work—it makes a difference when I can get the books and CDs into people’s hands.

Once hired, I trust I’ll do a good-enough job that I’ll be rehired in the next year or two, or that my contact at the organization will pass my name to a colleague.

Or, better, a small-businessperson working a job that includes sharing poetry with strangers, most of whom are unfamiliar with contemporary poetry.

I’ve just described the bare bones of the real work, which is the hustle for gigs. But the fun part is going somewhere and making art come alive. Here, I recall Emily Dickinson’s dictum: “If I feel physically as if the top of my head were taken off, I know that is poetry.” So that’s the aim: taking off the top of people’s heads. If I’m going to spend my life playing music and reading poems in front of people, I better have something especially worthwhile to offer.

Visiting a graduate school program or a writers conference, I might explain how one of my graduate school professors tried to dissuade me from writing poems—after all, I’d entered my program as a fiction writer and graduated with a fiction-writing emphasis—yet learned enough from that professor to write poems for class that were among the first I later published.

I’ll share some of those early poems as well as poems about teaching writing, poems that don’t resonate in all settings, but certainly do among writers. Other poets may insist that it’s the responsibility of an audience to follow where the poet wants to take them, no matter the difficulty and the challenges, and that indeed it is every poet’s responsibility to stretch audiences in various ways.

They have a right to think that way, but that’s a luxury I don’t have.

Because my livelihood depends on connecting with an audience, I choose poems, tunes, and stories that take that into account. If I lose an audience, especially a younger one, even for a few minutes, I might not get it back. But if my visit induces a single audience member to rethink his or her relationship with language and the world, I’ve succeeded. Of course, I want to influence them all.