Lectures, readings, panel discussions, craft classes, and solid blocks of time reserved for writing are all common features of the world’s most popular conferences, festivals, and residencies. But often the most valuable moments at these events are unplanned and unscripted—the result of a fateful encounter, a twist of luck, or a sudden realization.

We asked a handful of writers if they’ve ever experienced moments of magic at a writers retreat. The resulting essays transcend the usual descriptions of Adirondack chairs set across rolling hillsides or the hustle and bustle of book fairs and explore the real reasons writers gather at these types of events: to forge new relationships, gain fresh perspectives on writing and life, and perhaps even learn a little something about themselves as artists and people. 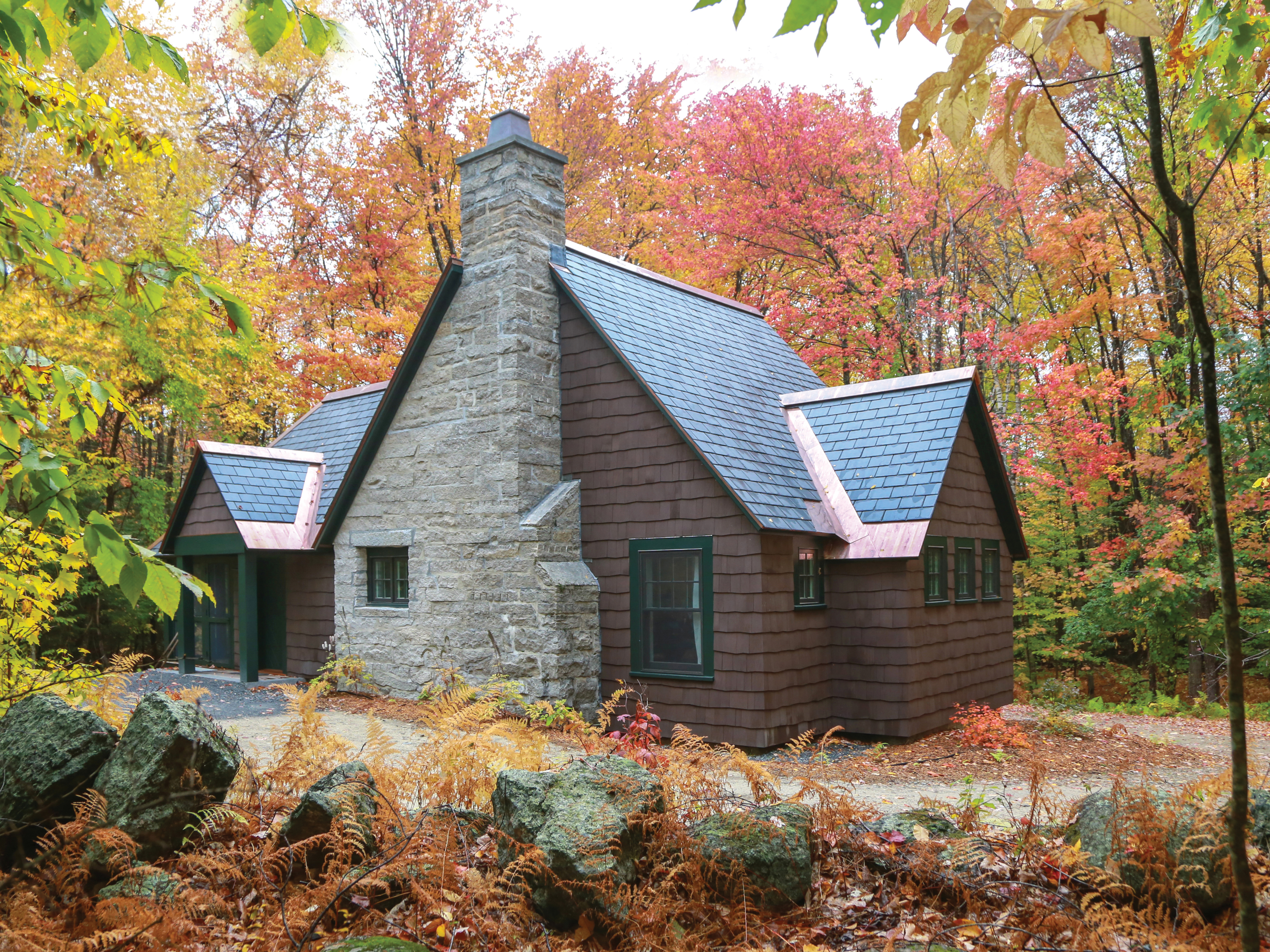 In my childhood fantasies of being a writer, I imagined my days spent in a tiny, book-stuffed New York City apartment, hunched over a typewriter, furiously pounding out my stories, a cigarette dangling from my lips and a half-empty glass of scotch sweating on the desk. The muses, I imagined, would keep me in this exquisite bondage for marathon stretches—whole days and nights, after which I would collapse beside a tidy, towering stack of finished pages. Only the tiny book-stuffed New York City apartment panned out. It turned out that drinking was anathema to finishing anything, and I could reasonably work for only about three hours at a stretch. In fact, all the writers I knew agreed that three to four hours was our limit. Though I only knew other writers in New York, I assumed this was a universal experience, and a comforting one. Writing was hard. I wanted to stop after three hours.

Then I attended my first residency. The first morning I sat down to work in my spacious studio at the MacDowell Colony, I took a deep breath. I sipped my coffee, and started typing. Summer in rural New Hampshire is a verdant, buzzing thing, and as I worked, deer meandered through the meadow outside my studio. A couple of wild turkeys bobbed by the screen door, peering inside with their charmingly hideous faces. After three hours, in the middle of a difficult paragraph, I stood up and stretched. I peered down the dirt road for the van that would deliver my basket lunch. I waved my phone around, trying to catch a signal so I could check my e-mail. No luck. I stood on the porch, feeling lost. Then, I sat back down and finished that paragraph. For the rest of my five weeks in that studio, I worked an average of seven hours per day. Three hours wasn’t my writing limit. It was the length of time I could successfully fend off the siren song of the Internet, the city, and, ultimately, my own impatience. Those woods taught me that I could expect more of myself.

—Melissa Febos is the author of the memoir Whip Smart: The True Story of a Secret Life (St. Martin’s Press, 2010).

The first writers conference I ever attended was the twenty-fifth annual Society of Children’s Book Writers and Illustrators conference in 1996. It had never really occurred to me that I could be a professional writer, but when I walked in and heard the Hallelujah Chorus—or maybe it was just the bong! of a Mac starting up—I felt I was finally in the right place. The keynote speaker was Peggy Rathmann, a Caldecott Medal winner and someone I revered in my genre of choice: picture books. I scrounged up the courage to approach her, and we spoke privately about some of the things I was working on. She suggested I talk to a friend of hers, an up-and-coming agent named Steven Malk of Writers House. He ended up loving my work, and what would become my first published title, a funny nonfiction picture book, ended up in a bidding war! Harcourt published Who Hops? in 2001, and it’s still in print to this day. I’ve been lucky enough to traditionally publish many more books for children, teens, and young adults, as well as independently publish marketing guides for adults. I’ve also developed a career as a writer-entrepreneur, coaching other writers on how to build their platforms and market themselves. None of it would’ve happened if I hadn’t gone to that first conference! I prefer going to colonies outside the United States. There’s something about moving in a space that is not my home that makes me more aware about my place in the world. And if I see myself with more clarity, I take that sharper vision to my writing. Every afternoon in Brazil, on a residency at Instituto Sacatar, I’d go to the nearby beach and float in the water, drifting into thought as my body drifted out to sea—a meditative exercise that allowed me to write a few fresh pages each night. But one time I floated so far out that all I could see was a thin horizon I suspected was the faraway shore. After the initial panic came the surrender to an entirely new perspective: If I survived this, I’d spend less energy inhabiting my past, isolating myself in books, keeping sad company in the late hours with my blank, expressionless computer screen—I’d value the days ahead of me as much as the days behind me. I didn’t tell anyone about my near-death experience that evening, though at dinner someone asked, “What are you working on?” and I said, “Tomorrow.”

—Rigoberto González is a contributing editor of Poets & Writers Magazine.

In 2001 I stood at the New Issues Poetry & Prose table at the Association of Writers & Writing Programs book fair in Palm Springs, California, patiently waiting for my soon-to-be-evident fan base to find me and ask me to sign newly purchased copies of my second book. In the first half hour, I’d signed one copy and misspelled the name of the person who bought it, starting a long tradition, which continues to this day, of never signing books using anyone’s name. On the flight to Palm Springs, I sat next to Yona Harvey, whom I know now as an extraordinary poet and a wonderful woman. She told me all about Cave Canem, a fellowship of black poets to which she belonged and to which she seemed frankly devoted. I’d thought about the conversation repeatedly over the first few days of the conference, as I pressed my way through crowds of people I didn’t know in hotel lobbies I supposed I’d never walk through again. At the book fair, I stood idly imagining that any moment, someone whose books I’d admired for years would approach me and tell me how much they enjoyed my poems. While I daydreamed in futility, Cave Canem’s table nearby was a flourish of activity in its spot inside the door of the exhibit hall. It seemed that every time visitors approached, they were taken in. First a hug, then an introduction. Handshakes. More hugs. Laughter, lots of laughter. I thought of Yona on the plane, her beautiful face framed by meticulous locks, her energy when she spoke of this fellowship, and I felt at once a great loss, an absence of this sort of fellowship in my own writing life. Through Cave Canem I saw in people a sense of belonging that I longed for. I applied to be a fellow the following year and was accepted. At the risk of being sentimental, it changed my life. Now, whenever I see my Cave Canem fellows, I am hugged, I am introduced, I am brought into laughter, and I am inspired to great gestures of devotion still.

—Ruth Ellen Kocher is the author of six poetry collections, including Ending in Planes (Noemi Press, 2014).

If writing doesn’t make you rich and famous, it usually makes you hungry. So last winter, after banging away for hours on “Born Like This,” my novel-in-progress about a disgraced investigative journalist, a transgender movie star, and a Mormon drug mule, I was ravenous, though still not yet rich or famous. A guest for one week of Writing Between the Vines, a retreat at Moshin Vineyards, situated amid the lush valleys and corkscrew roads of Sonoma County, California, I was given my own charming cottage and the title “artist in residence.” Those seven days may be the only ones in which I’ll ever be referred to as an “artist,” and in the specific hours herein described, I was actually a starving one. Leaving behind my bramble of index cards, colored markers, and Lucky Troll pencils in search of sustenance, I hit the area’s main highway on foot, hoping to locate an Italian eatery I remembered passing on my way to the vineyard days earlier. Six miles and about ninety minutes later—I have a terrible sense of direction and do a lot of roaming—I arrived at Red Spaghetti, which must have been, and could still be for all I know, someone’s home, its ranch-style front porch pressed to the turnpike, a few ramshackle Chevy pickups parked in the adjacent gravel lot. Stepping to the porch, peering through the establishment’s thrice-punctured screen door, spotting inside a loose congress of what could have been Sons of Anarchy extras huddled curiously close to one another, it became suddenly clear: Red Spaghetti was not a restaurant at all. Offering no pasta, prosciutto, or pignolata, this joint was actually a tattoo parlor. I returned, still famished, to the vineyard, where the gently effervescent director of hospitality, Julia Lander, was delighted to fill my belly with generous pours of Moshin’s enchanting 2008 Pinot Noir. In some ways, awarding writers a one-week retreat at a vineyard, where alcohol is in such gross abundance and so near at hand, only reinforces the tawdry stereotypes heaped upon wordsmiths for at least a century. On the other hand, if you’re going to be a starving artist, you might as well be drunk. I’ve had better meals, sure, but never a finer dinner, and the next morning it struck me: “Born Like This” is about all the ways people refuse to be who we think they are. Why should Red Spaghetti be any different?

In 2006 I spent the month of April at the Ucross Foundation in Clearmont, Wyoming. A friend of mine, writer and editor Hannah Tinti, also happened to be there at the same time. I’d received my MFA from New York University the year before, and since I knew how to make a galley from my work at a small press, I had self-published one hundred copies of my thesis: perfect bound, small trim size, matte pink cover. I’d been giving them away to friends, and I gave one to Hannah at Ucross; she liked one of the stories in the book enough that she wanted to run it in One Story, the literary magazine she cofounded and edits. We worked on “The Samoan Assassin Calls It Quits” over the course of a few evenings, when we were done with our writing for the day. I had the great experience of watching Hannah make masterful edits to the story. She made it better than it had been. In a small way, I felt the same as George Saunders did when told he’d won a MacArthur: “I feel smarter already!” I hope always to have brilliant writer and editor friends like Hannah, and I hope that unhurried, meticulous editing, and the slow time and beautiful isolation of places like Ucross never go away.

—Thomas Hopkins is the author of a short story collection, “The Crypto-Jews Dilemma and Other Conversion Stories,” which was selected by Salvatore Scibona as runner-up for the 2012 Mary McCarthy Prize in Short Fiction. 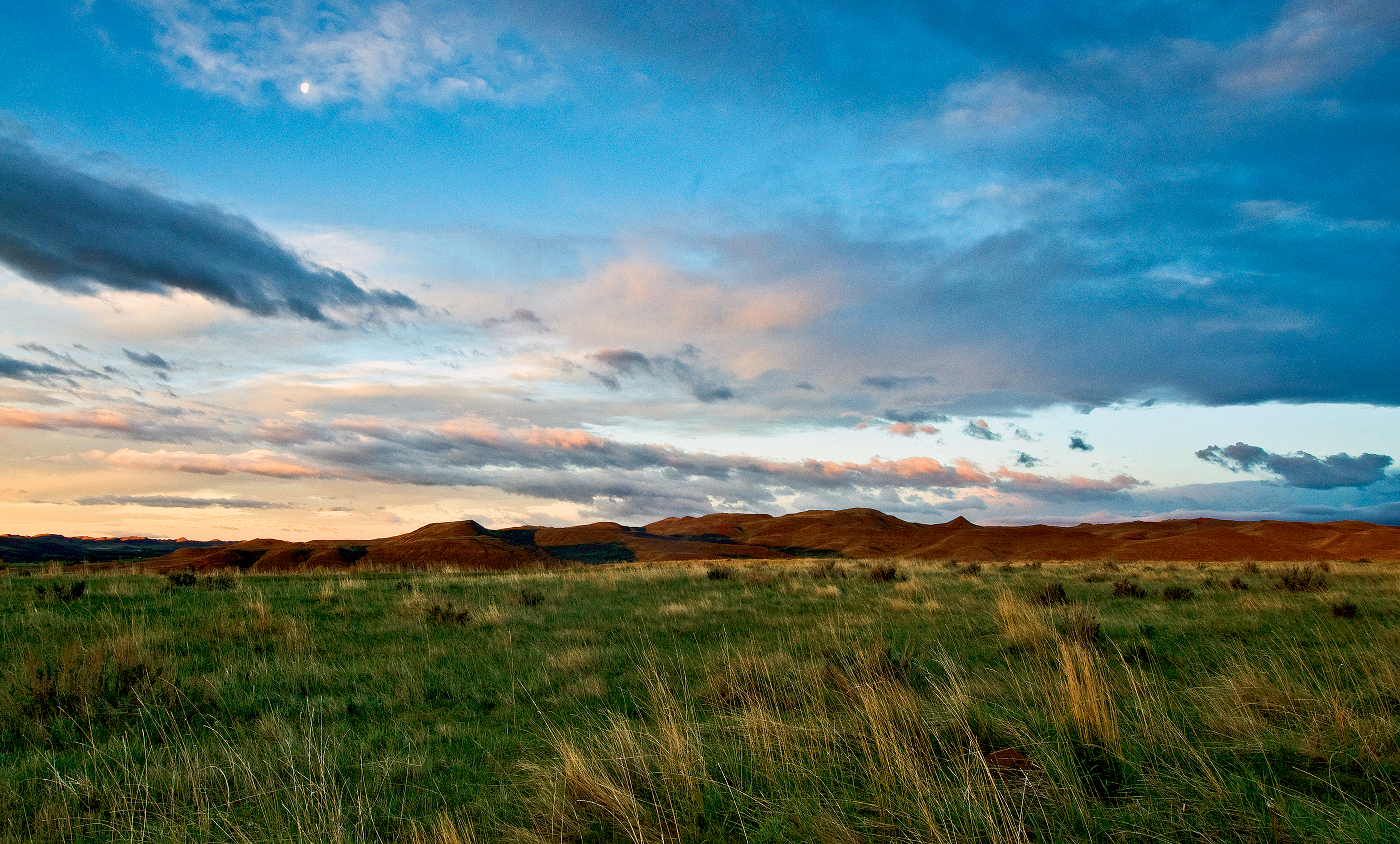