The Edward F. Albee Foundation: The Barn at the End of the World

“My time at Albee’s barn was extremely important, even life-changing,” says novelist Joanna Hershon. “I realized that, when left to my own devices—and with the most beautiful beach right nearby—I actually did write. And I loved it.” Hershon was an Edward F. Albee fellow at the William Flanagan Memorial Creative Persons Center in Montauk, New York, in the summer of 1994, right after she graduated from college. Hershon worked on two stories while she was in Montauk, neither of which was ever published—although one became the starting point for her first novel, Swimming, which was released by Ballantine Books in 2001. But, more important than either of the stories she wrote, Hershon says, “was the evolving sense that I might just be able to work hard enough, and consistently enough, to actually be a writer.” 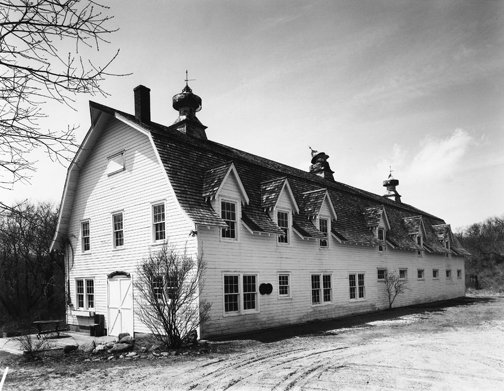 Edward Albee’s foundation was established in order to nurture exactly that kind of thinking. As a young playwright in the late 1950s and early ’60s, Albee had visited friends while they were in residence at artists colonies such as MacDowell and Yaddo. “I’d seen how they worked, and how I thought they didn’t work,” he says. “In those days, they were not concentrating anywhere near enough on young artists at the cusp; they were concerning themselves with people who had more of a reputation.” This has changed since then, he believes, but at the time, “I thought that those places really needed to give space to the young artists,” the ones “who were broke and not established yet.” What was lacking, then, was an artists colony that could lend support and encouragement, in the form of time and space to work, to writers and visual artists before they’d made it—when they needed it the most.

The opportunity for Albee to create such a place is a story familiar to many aficionados of the American theater. In the fall of 1962, the thirty-four-year- old playwright, who had enjoyed some success with one-acts such as The Zoo Story and The Sandbox, had a runaway hit with Who’s Afraid of Virginia Woolf? at the Billy Rose Theater in New York City. Albee was fortunate at the time to have a smart accountant, who advised him that, given the play’s financial success, he had two choices: Let the government take a sizable portion of it, or start a nonprofit foundation and do something more useful and productive with the money. The Edward F. Albee Foundation was born. Around that time, the playwright, having bought a beach house on the eastern end of Long Island, in Montauk, discovered an old barn in town, about four miles away. This latter structure, which had fallen into disrepair, had once been the stables of Montauk Manor, a grand Jazz Age resort hotel perched atop Signal Hill. The place cost twenty thousand dollars to purchase, and perhaps another twenty thousand dollars to fix up. The old barn began life in its new incarnation in the summer of 1966. Three years later, in 1969, when Albee’s old friend and mentor, the composer William Flanagan, passed away, it acquired the name by which it’s still known: the William Flanagan Memorial Creative Persons Center. However, most Albee fellows—two visual artists and three writers in residence each month from June through September—affectionately refer to the place as “the Barn.”