While reading your new work I was struck by how much you’re able to communicate in just one panel, often without the use of words. It may take a literary novelist whole pages to describe the loneliness of a woman stepping off a curb to go get groceries at the store, yet you’re able to convey whole inner worlds in just a few panels. The cumulative effect of this is astonishing. After finishing Jimmy Corrigan, for example, it felt like I was stepping out of a dark movie theater into the blinding sun. It was a little unsettling, actually. Can you tell me a bit about the opportunities—and the limitations, perhaps—in communicating so much through what are sometimes rather straightforward visual images?
That’s very generous of you, and I just wish I felt the same way. Much of the time, I feel frustrated by the brittle inefficiency of comics and yearn for the flexible transparency of words, so I try to find ways around the “what-you-see-is-what-you-get” of comics, adjusting the pictures with contradictory passages of text or some such thing. 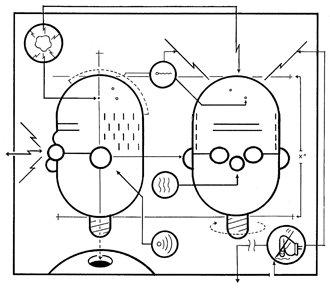 If I’m feeling optimistic, comics do seem to allow for representing simultaneous levels of experience and consciousness, and I think they also reflect (and are born of) the way we as adults reduce the world to templates and abbreviations that prevent us from truly living in any moment. And despite what I say, I do like the comic strip’s directness, since it’s one of the only static visual arts left where being straightforward is still standard operating procedure. And generally comics are fun to read, or should be.

When I first started Jimmy Corrigan I felt very confused by all the faces staring back out at me on the page, as it seemed to scotch most of my chances for real empathy, like I was trying to tell someone “I love you” in a theater fire. Stealing from [Japanese artist and printmaker] Katsushika Hokusai, I ended up self-consciously limiting myself to only showing the few protagonists’ faces (which also seemed to reflect the constipated and constricted nature of the main character, so I guess I lucked out there).

Can you explain how you use what I would refer to, in layman’s terms, as “jump cuts” in your work? For example, you communicate so much by drawing a character standing next to her bed in one panel, and in the next panel you draw her from a different point of view, this time lying on the bed. Another even simpler example is the image of a flower and the subtle change in the angle of its bow from one panel to the next. You seem to be working on a very emotional level there, and I’m wondering if you could explain your thinking behind it.
I wish I could, but there’s absolutely no governing idea to such shifts; they come from what the page demands and how much time I’m putting into each panel and how those panels read as a sequence. Where I’m working in what I think of as a theatrical mode, I try to present the experience of seeing/feeling a person moving in real time and in the present tense, with all the natural and unnatural gestures that such “acting” entails. If I’m drawing a character lost in thought or replaying a memory I take a different approach, layering things. Sometimes I try to indicate that the character is lying to him- or herself by the unbelievability of the gestures (with which the history of comics is rife). And of course, there’s portraying the awkward embarrassment of trying to imagine one’s future. I can’t predict how any of this is going to work, however; it just happens as I’m drawing.

Earlier you mentioned Will Eisner’s thoughts about graphic novels and how he hoped to be “invited to the party.” Is this outsider perspective something that influences your work as well? I ask because that invitation or acceptance seems to elude your characters, albeit on a very different level. The plight of the outcast seems to be a frequent theme.
It used to, but not anymore. I’ve been generously invited to many parties, though I can find the experience upsetting, as it makes me doubt myself more (not a pursuit that requires any encouragement). I recently asked the fiction writer Aleksandar Hemon—whom I greatly admire—if he was ever afflicted by self-doubt and he said, “Oh, yes, of course—this whole business of literature; really, what is it for?” I said that wasn’t exactly what I meant, that I meant the sort of self-doubt that doesn’t let you trust yourself enough to even pick up the pencil to work or feel that you’re good enough to even try. He looked at me for a second and said, “No, not really.”

Do you find that self-doubt can actually be an asset in your work as a cartoonist or as a writer?
Whether it’s an asset or a hindrance, I guess I’m stuck with it. I suppose in some way self-doubt might define what I do, if not having originally affected my childhood decision to become a cartoonist—the idea of being an artist or a writer having been too intimidating. I will admit to a little suspicion of those who travel in clouds of pure self-confidence, however, both as to whether the self-confidence is genuine and then also, if it is, if it should then simply be considered hedging toward arrogance. I do think that an artist should try to have what I think of as “alien eyes” (which means the striving to see things as dryly and grimly as possible, including one’s own work), and a lack of self-confidence can certainly help in this regard. Of course it can also paralyze you, but anyway….

You’ve referred to your new work as an “experimental comic book.” Would you say Jimmy Corrigan is experimental as well? If so, I think it says something interesting about the genre: You’re one of the most well-known and celebrated cartoonists in the country and you’ve achieved that by being experimental. Yet the writers who have achieved a similar level of popular acclaim have done so by working in a more realistic vein.
I’d consider David Foster Wallace and John Updike and even Leo Tolstoy to be pretty experimental. Really, “realism” seems just as difficult as any disorienting fantastical stuff does to me (or more); just simply trying to honestly get at that undertow of life slipping away, of memories drifting, of you and the people you love growing up or growing old while wanting it all to slow down, constantly guessing what everyone is really thinking and how they’re living, all the while rewriting what you think it is you think about them and yourself and what you’re actually going to do with your life—that seems plenty urgent and odd enough. Even George Saunders seems to me to be writing about all of these same things, but in a sort of way that feels very primal and almost unspeakable.

When you think about it, everyone is a fiction writer, because any time you imagine what a person is thinking, or how he or she lives, or whether or not he or she finds you attractive, you’re writing (or drawing, if one thinks in images), though we like to file it away as if it’s reliable information. The film Tokyo Story distills this palpable feeling of life more perfectly than pretty much anything I can think of; it’s that feeling we first become aware of as adolescents and then spend the rest of our lives finding ways to euthanize.

How do you feel about the migration from print to e-books? I imagine a cartoonist has a very specific perspective on this. Considering your new work, which is being delivered to readers as a box of beautiful and varied objects to hold in their hands, I assume you prefer ink on paper. But can you see any opportunities for your work on the screen?
I love books. They’re my life. They’re pretty much all I care about, look forward to, and covet, other than my family. However, it makes perfect sense to me that newspapers, magazines, gossip sheets, and whatever are going electronic, because they all contain disposable information and are intended to be as up-to-date, like “news,” as possible. Newsprint was the fiber-optic cable of the nineteenth and twentieth centuries, but it’s an increasingly untenable business model. I should add that I come from a family of newspaper people—my grandfather, mother, and great-great uncle (who won a Pulitzer Prize)—so I’m speaking somewhat sacrilegiously here. I’m sure that publishers will continue to cater to those nostalgic for their morning paper and coffee as long as it’s affordable, and I’m betting we’ll see “luxury” editions of newspapers made available the same way LPs have been, insofar as getting one’s news is an aesthetic experience—at least until the grid shuts down; then all bets are off.

As for art, however, Updike, in his address at BookExpo America in 2006, highlighted a tenuous and delicate connection between art and print so beautifully that I’m loath to mangle it, but he suggested that books provide an “edge,” or a defining boundary, between readers and writers—and, as fixed rather than malleable vessels for information, between art and the world. I very much believe in and covet this boundary, and I don’t think I’m alone. I am also not at all worried about the collapse of publishing because there are those who don’t care about such boundaries and would actively prefer to create without them; I’m sure there will indeed be more and more people reading text on their iPads and iPhones every day, but there are also hundreds of thousands of people out there who love the considered finitude of books just as I do, and as long as we’re alive (like the aforementioned newspaper readers) books will live too.

Additionally, there’s something already so weightless and ineffable about what writers and artists do that I think it almost needs the certainty of paper and print as a sort of poetic contradiction to make it work. I generally feel cheated and disappointed in any e-purchase I make for that very reason; in art school terms, the form and the content just seem too much the same. However, I’m sure there are great, life-changing things to come in the boundary-less media, and I think that’s swell.

Finally, a book, if taken care of, communicates so much about its time and writer, from the tiny, crinkly pages of the leather-bound miniatures of the 1880s to the crappy, wood-pulp paperbacks of the 1970s—it shows what our culture values at any given time. You also don’t have to plug them in or try to find a vitamin-D-deficient computer whiz who knows some outdated compression code to read them. All you need is a working eye and a brain and you’ve got one of the most mysterious interactive experiences ever invented. To me, having drawings move on the screen or music playing in the background always feels tantamount to introducing car horns and sound effects to classical music, or courtrooms to dramas—if you have to resort to that sort of stuff, something went wrong somewhere.

Kevin Larimer is the editor of Poets & Writers Magazine. 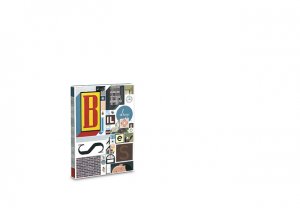