This week’s installment of Ten Questions features Lillian Li, whose debut novel, Number One Chinese Restaurant, is out this month from Henry Holt. Loosely based on Li’s own waitressing experience at a Peking duck restaurant in northern Virginia, the novel follows the complicated lives and loves of the people working at the fictional Beijing Duck House in Rockville, Maryland. The multigenerational, multi-voiced, and darkly comic novel “practically thumps with heartache and dark humor,” says novelist Chang-rae Lee. “If a Chinese restaurant can be seen as a kind of cultural performance,” says Peter Ho Davies, “Lillian Li takes us behind the scenes.” Li received a BA from Princeton University and an MFA from the University of Michigan. She is the recipient of a Hopwood Award in Short Fiction and Glimmer Train’s New Writer Award, and her work has appeared in Guernica, Granta, and Jezebel. She lives in Ann Arbor, where she is a bookseller at Literati Bookstore and a lecturer at the University of Michigan’s Sweetland Center for Writing. 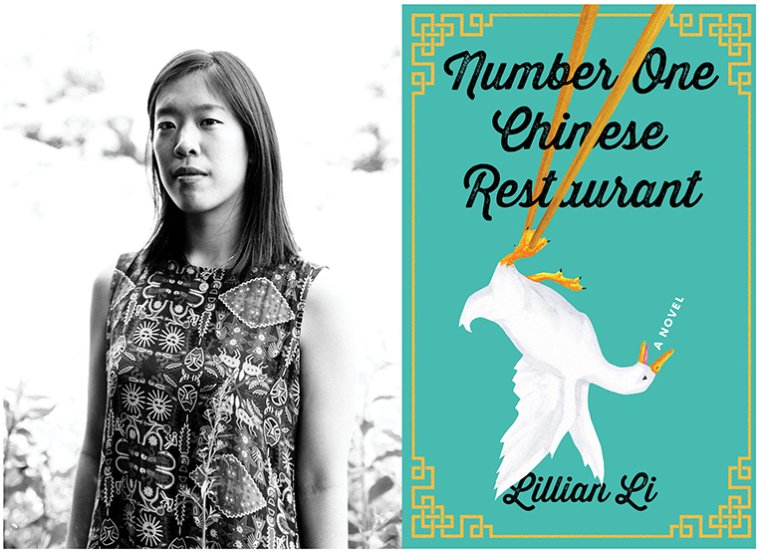 1. Where, when, and how often do you write?
I write wherever is free (so usually my apartment), and I tend to write whenever I can put it off no longer (so anywhere in the late afternoon to the pre-morning hours). I find that I’m disciplined in short bursts. So I can write every day and sustain that practice for a week. Then I pat myself on the back and forget to write for a week. Rinse and repeat.

2. How long did it take you to write Number One Chinese Restaurant?
About three years. Although the bulk of that time was spent completing just the first draft. I’m a faster reviser than I am a writer.

3. What has been the most surprising thing about the publication process?
How much I would grow to depend on my editor (Barbara Jones)! She taught me so much about writing, especially on the character and sentence-level. I hadn’t expected to find such mentorship, especially since the book had already been written, but I’m thrilled I did.

4. Where did you first get published?
I was first published as a Granta New Voice, which was an online feature started by their then–fiction editor Patrick Ryan. I recently ran into Patrick at a conference and had the privilege of gushing my gratitude at him.

5. What are you reading right now?
My Education by Susan Choi. A deeply sexy, emotionally turbulent book about a graduate student who falls for a notorious professor’s equally charismatic wife. Also Vanessa Hua’s A River of Stars, which comes out August 14. Hua writes about San Francisco Chinatown with such savvy and heart. Both books are also incredibly funny.

6. If you were stuck on a desert island, which book would you want with you?
Kitchen Confidential by Anthony Bourdain. I’ve read it so many times I’ve lost count, and his voice never ceases to thrill. So clearly it would be good company on a desert island.

7. Who is the most underrated author, in your opinion?
I don’t know about most underrated, but I wish more people talked about Jessica Hagedorn. Dogeaters remains one of the most awe-inspiring books I’ve ever read.

8. What is the biggest impediment to your writing life?
I only have myself to blame, but I also tend to let myself off the hook pretty easily.

9. What trait do you most value in your editor or agent?
A combination of a sharp tongue and a big heart.