This week’s installment of Ten Questions features Daisy Johnson, whose second novel, Sisters, is out today from Riverhead Books. In Sisters, a single mother and her two teenaged daughters upend their lives in Oxford, England, and move to an isolated home at the edge of the sea. The girls, July and September, had been struggling in school; July was mercilessly bullied and September was growing increasingly volatile as she fought on her sister’s behalf. In their new environment, the siblings are even more friendless and dependent upon each other than usual. Their bond becomes increasingly intimate and troubled. In one passage they narrate in a conjoined voice: “It would have surprised neither of us to have found, slit open, that we shared organs, that one’s lungs breathed for the both, that a single heart beat a doubling, feverish pulse.” An eerie psychological drama, Sisters wrestles with the most extreme of family ties. “A taut, disturbing, and brilliantly written psychological drama of the first order,” writes Jeff VanderMeer. “You’ll read for the quality of the prose, but also the amazing depth of characterization and mystery. Another great book from one of our finest writers.” Daisy Johnson is also the author of the short story collection Fen and the novel Everything Under, which was shortlisted for the Booker Prize in 2018. She lives in Oxford, England. 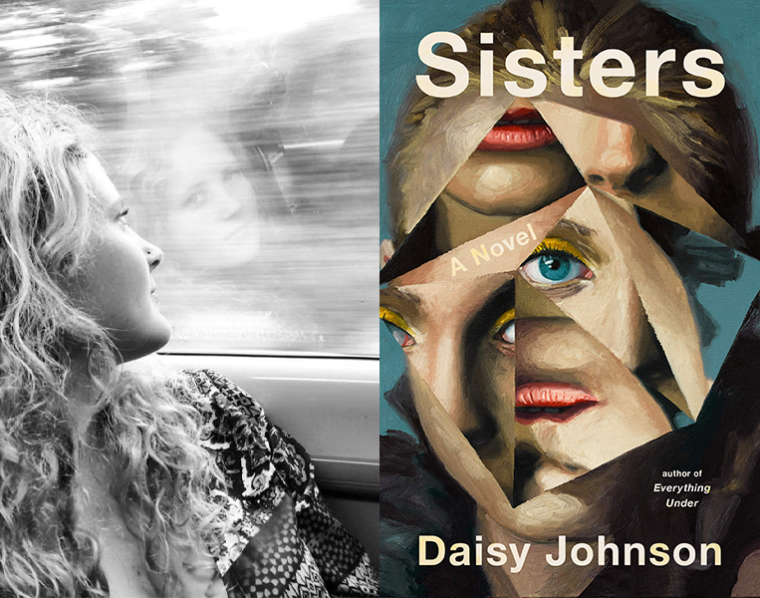 1. How long did it take you to write Sisters?
It’s always hard to say as the glimmer of an idea appears in my notebook long before I begin writing. I think it was probably about two years.

2. What was the most challenging thing about writing the book?
I wanted it to be a long book, but the book knew itself and understood it was always going to be short, and we fought for a while about this.

3. Where, when, and how often do you write?
I write at my desk or in a café or on trains or at the pub or on holiday with friends. When I am working on a draft I try and write Monday to Friday and have weekends off. Having those two days off is always really important for me; I come back to the book on Monday with much better and clearer ideas. I try and write a certain amount per day, and on good days I finish that by the morning, but some days are slower and I’m still staring at the screen by the end of it.

4. What are you reading right now?
I’m finding it difficult to settle on one book at the moment. The pile I have by the bed includes Mariana Enriquez’s The Dangers of Smoking in Bed, Kikuko Tsumura’s There’s No Such Thing as an Easy Job, and Magma by Þóra Hjörleifsdóttir.

6. What is the biggest impediment to your writing life?
My dad calls it the monkey on your back, the fear or paranoia or anxiety that weighs you down. I think my monkey is comprised mostly of guilt and panic and some days it is a very heavy monkey.

7. What is one thing that your agent or editor told you during the process of publishing this book that stuck with you?
My editor often asks me to slow down in particular scenes and this is something I keep in mind while I’m writing—where do I need to linger more, am I carrying the reader with me—and also probably in life.

8. If you could go back in time and talk to the earlier you, before you started Sisters, what would you say?
Oh, she’s so different I don’t think we’d be able to hold much of a conversation.

9. Who is your most trusted reader of your work and why?
There are a couple of people who are vital in my writing. My agent and editor are both fierce and tough and truthful. I also have three friends who read my work and who have been reading it for long enough that they know what I want to achieve even if I haven’t managed to achieve it yet.

10. What’s the best piece of writing advice you’ve ever heard?
I was recently reading Helen Garner’s diaries in The Yellow Notebook and there was a brilliant line that went:

The beginner will cling and cling to her thin first draft. She clings to the coast and will strike out into the ocean only under extreme duress.

I know that feeling in every draft where you must strike out into the ocean, and this quote gives me courage.