The Academy of American Poets has announced that Sonia Sanchez has received the 2018 Wallace Stevens Award, which is given annually to “recognize outstanding and proven mastery in the art of poetry.” Sanchez will receive $100,000. 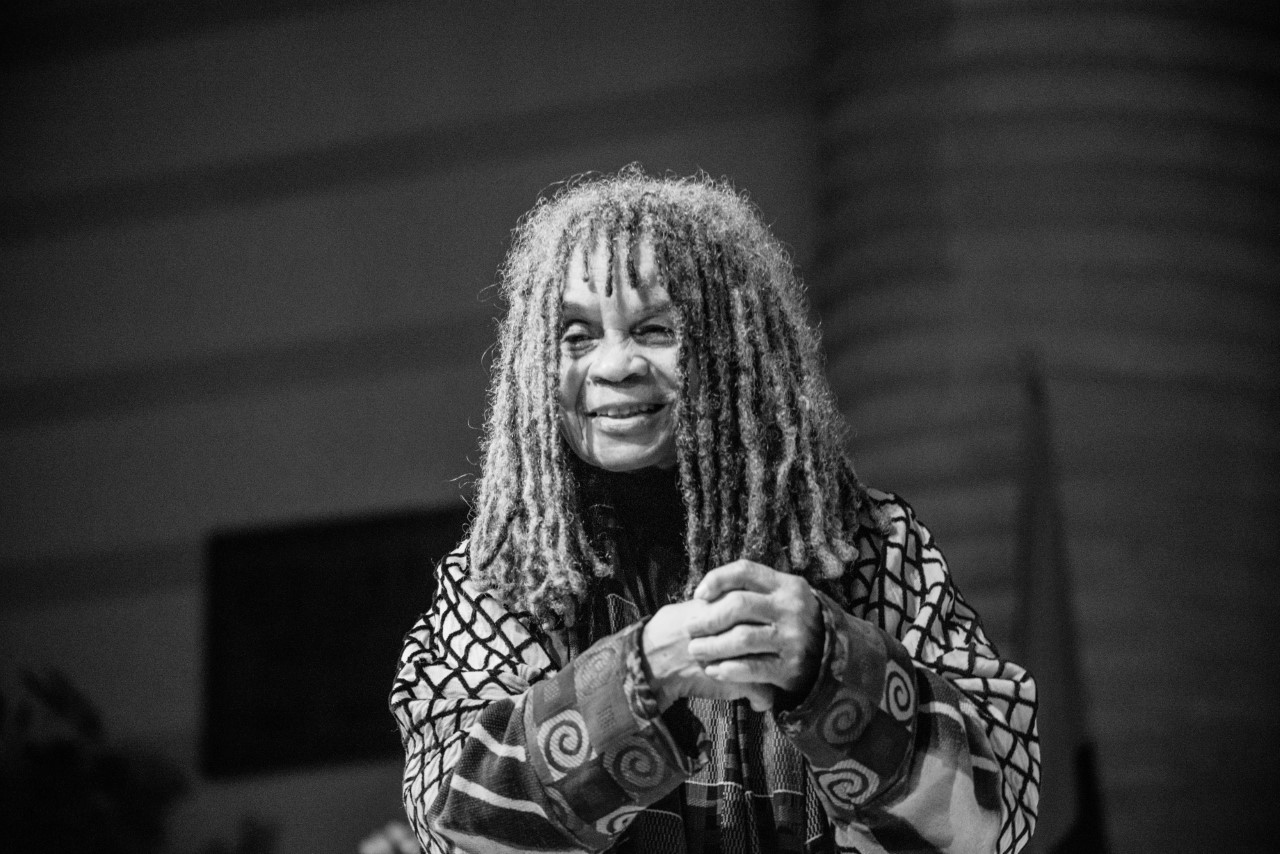 “Sonia Sanchez is our peerless griot of American poetry,” says Terrance Hayes, a chancellor of the Academy. “There is no poet like her in the whole motley canon. There may have never been a more appropriate recipient of an award honoring poetic mastery and originality.” Sanchez, who was chosen by the chancellors of the Academy, has written more than a dozen poetry collections that address ideas of womanhood, black culture, and more. Her most recent collection is Morning Haiku (Beacon Press, 2010).

The Academy announced all of the winners of the 2018 American Poets Prizes today, including Sanchez. Martín Espada has won the $25,000 Academy of American Poets Fellowship, which recognizes “distinguished poetic achievement” and includes a residency at the Eliot summer home in Gloucester, Massachusetts. “Martín Espada is a poet of musical richness, passion, high and low comedy, imagistic vibrance, wild metaphor, and storytelling skill, with a sense of history,” says chancellor Alicia Ostriker. “He is a celebrant of love and a persistent troubler of the waters. As a ‘people’s poet’ he has been called North America’s Neruda.”

Craig Morgan Teicher received the $25,000 Lenore Marshall Poetry Prize for his collection The Trembling Answers (BOA Editions, 2017); the annual award is given for the best book of poetry published in the United States during the previous year. Laura Kasischke, Campbell McGrath, and Mary Szybist judged. “The Trembling Answers is a collection as ecstatic as it is solemn, and what this poetry shares with us about love, faith, doubt, and poetry itself is essential,” says Szybist.

Geffrey Davis has won the James Laughlin Award for his collection Night Angler (BOA Editions, 2019). The $5,000 award, which includes a weeklong residency at the Betsy Hotel in Miami, is given annually for a second book of poetry forthcoming in the next calendar year.

Read more about the winners on the Academy of American Poets website.