Every month in New York City, thirty to forty writers and literature enthusiasts gather at the home of a fellow writer for a potluck and reading of American, international, and Singaporean literature. Established in 2014 by Singaporean writer Jee Leong Koh, these salons, called the Second Saturday Reading Series, have featured dozens of emerging and established writers from around the world and allowed Singaporean and non-Singaporean writers alike to connect over literature. Koh now hopes to expand on that cultural exchange with his new project, Singapore Unbound, which will celebrate and raise awareness about Singaporean literary culture. “We want to expand the idea of who is Singaporean,” says Koh. “You’re not Singaporean just because you’re a citizen. You’re still Singaporean if you move away, or you could be a guest worker in the country. We want to encompass both groups.”

Launched in February, Singapore Unbound serves as the umbrella organization for the Second Saturday Reading Series and the biennial Singapore Literature Festival, which was created in 2014 by Koh and writer Paul Rozario-Falcone and was last held in New York City in Fall 2016. Under the same umbrella, indie poetry publisher Bench Press will join forces with the blog Singapore Poetry, which features cross-cultural book reviews (Americans review Singaporean books, and Singaporeans review American books). Koh hopes that by aligning these projects under one organization, he can provide Singaporean writers with a “prominent and independent platform for open and free expression of their views.”

That platform is important to protecting and advancing the literary culture of a country that has not always supported free speech. While Singapore boasts a rich stew of cultures with four official languages—Malay, Mandarin, Tamil, and English—and a burgeoning indie literature landscape that showcases a diversity of cultures and ideas, literature is still restricted by the government. Although the state grants large sums of money to publishers and writers, giving them greater freedom to take risks on young writers in particular, the money comes with stipulations: The work cannot undermine governmental authority and must not advocate for what the state deems “objectionable lifestyles”—namely, those of LGBTQIA writers. In response, Singapore-based publishers like Ethos, Epigram, Landmark, and Math Paper Press have been pushing censorship boundaries for the past few years, and Koh himself doesn’t accept government funds. Kenny Leck, owner of the popular Tiong Bahru–based bookstore BooksActually, says, “At the bookstore, and with our publishing arm, Math Paper Press, we sell the titles and publish the content that most compels us. In that way, our government, the state, has no say in what we choose to do.” 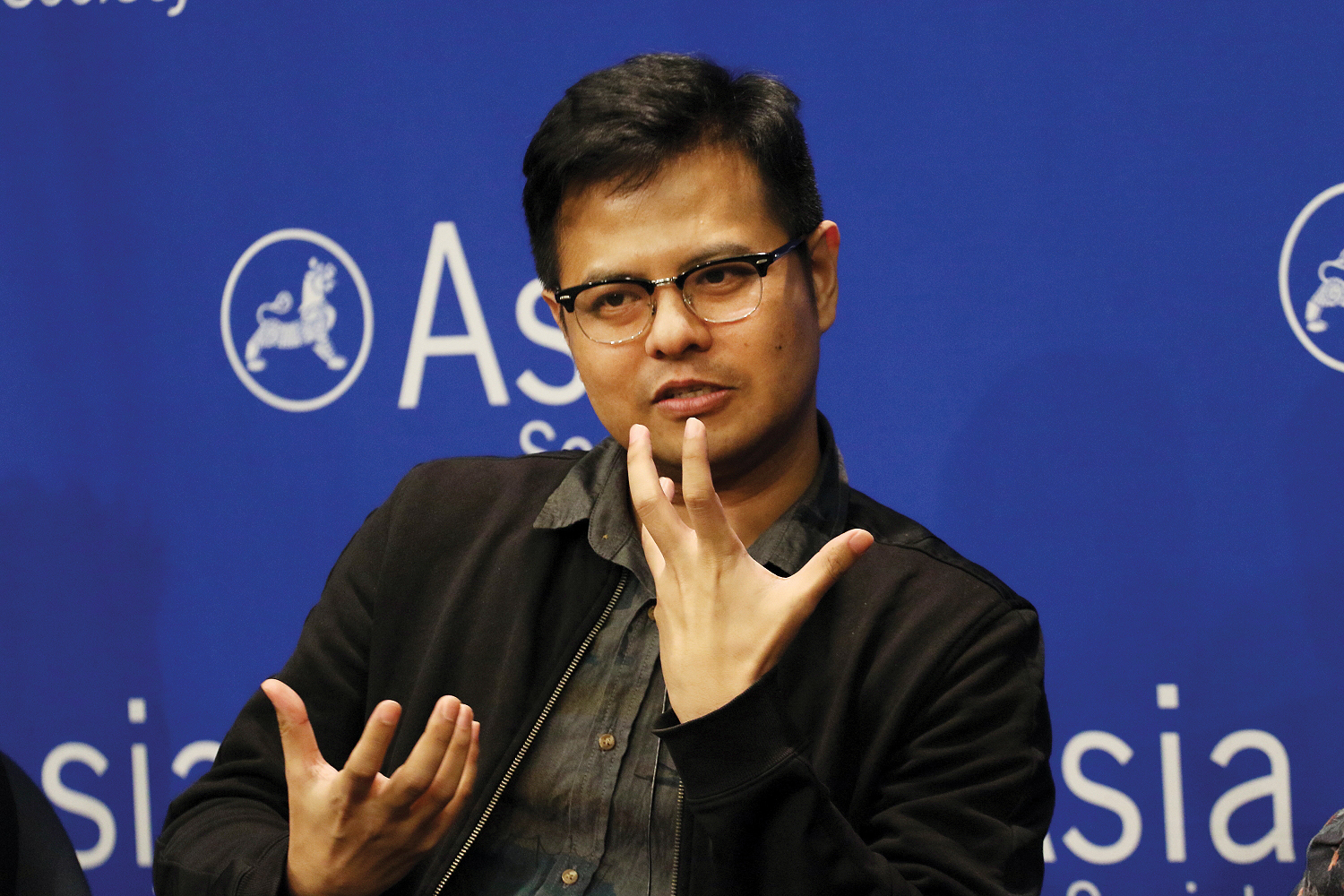 Singapore Unbound is committed not only to freedom of expression, but also to the idea that cross-cultural exchange leads to a healthier literary culture. Alfian Sa’at, who participated in the 2016 literature festival, where a portion of his five-hour epic play Hotel was performed in the United States for the first time, notes the positive impact of the kind of exchange Singapore Unbound fosters. “Having links with writers from other countries helps us learn from one another’s experiences,” he says. “For a long time I think we’ve looked toward a place like the United States for guidance on issues such as freedom of expression, how institutional solidarity in the form of something like the PEN American Center can aid writers who struggle with censorship and persecution.” Jeremy Tiang, a Singaporean writer living in New York City, agrees. At the 2014 festival Tiang worked with the political arts collective Kristiania to organize a panel of two Singaporean poets alongside writers in exile from Indonesia and Nigeria. “I think the best conversations happen when people from different contexts are able to exchange ideas in this way,” says Tiang.

With the introduction of Singapore Unbound, Koh plans to further those conversations. He hopes to start a scholarship program that will pay for Singaporean writers to spend two weeks in New York during the summer to experience the culture of the city and collaborate with local writers. This past fall Koh also created a fellowship program designed to bring more voices to the organization, help it reach a wider audience, and build its online presence. “With Singapore Unbound we want to bring outstanding literature to a wide audience,” says Koh, “and by doing so liberalize our politics and sentiments.”

Melynda Fuller is a New York City–based writer and editor. She received her MFA from the New School and is at work on a collection of essays. Her website is melyndafuller.com. Find her on Twitter, @MGrace_Fuller.