Serial Fiction for the Digital Age

For many readers and writers, the serial novel calls to mind tattered newsprint, Victorian armchairs, and authors such as Dickens, Dumas, and Dostoevsky. For others, the form may hark back to pulp magazines and popular adventures of the early to mid-1900s. But for Seung-yoon Lee, the cofounder and CEO of Radish, a serial-reading mobile app, consuming books in morsels is no longer a thing of the past—it’s the next big thing in digital publishing. 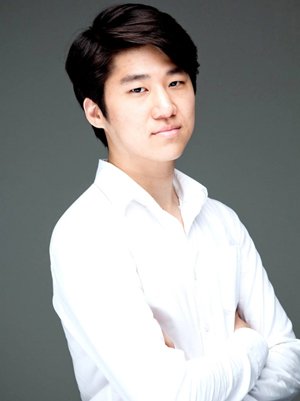 Launched in Los Angeles in February 2016 by Lee and engineer Joy Cho, Radish is a platform for both readers and writers of serial fiction. A writer can upload a long-form narrative, one two-thousand-word chapter at a time, typically adding a new installment once a week, to an online library consisting of titles by more than seven hundred authors. Readers can then download a title’s early chapters onto their phones and tablets at no cost; if they become hooked on the story, they must pay to unlock the most recent chapters. A single chapter costs three Radish coins, the equivalent of up to thirty-three cents, half of which goes to the author. Alternatively, readers can wait, sometimes as little as a week, and read the latest chapter for free. Fans of mobile games like Candy Crush might recognize this “freemium” model: Only the impatient must pay. Authors can choose, however, to make the later chapters of their titles only available to paying readers. Many also write side plots or additional backstory as extras for fans that are only available for an additional cost.

Radish’s payment model distinguishes it from similar platforms, such as Wattpad, a storytelling community with forty-five million users who create, share, read, and comment on all forms and genres of writing. Some of Wattpad’s novels are serialized too, and many of Radish’s authors built their fan base on Wattpad. But Wattpad, which launched in 2006, is entirely free—its revenue comes from advertisements and publishing and movie deals—whereas Radish lets writers sell their own work. The app’s best-selling author, Robert Thier, has earned as much as $13,000 per month from micropayments, mostly for his Storm and Silence series. Thier, who has built a massive following on Wattpad since he joined in 2012, now publishes his chapters on Radish before Wattpad readers get them and includes add-on chapters for purchase.

Writers are encouraged to apply at radishfiction.com. The Radish team reviews the applications, with an eye toward writers who are prolific and comfortable marketing themselves. Most Radish authors write genre fiction, with romance being the most popular. Lee would like to publish literary fiction and nonfiction, but he says the strictures of the serial format—namely the weekly installments, the most successful of which stand alone and end in cliffhangers to keep readers engaged—might be incompatible for writers who obsess over every sentence. “This is not about writing that perfect novel for two years,” says Lee. “This is about raw live content. That’s where the value comes in.”

The app can also provide valuable and immediate feedback for authors. Thier says the hundreds of thousands of comments his novels receive help shape his style, as does the data showing which chapters readers paid for and which ones they waited for. “One advantage of serialized fiction is that you can get a look at readers’ minds the way a traditional author couldn’t,” he says.

Lee’s plans for the app extend far beyond literature. Ultimately he wants to use data to predict which stories will take off, and facilitate publishing and TV or movie deals using that intellectual property. Investors also see a lot of potential in the app—just this January, the company announced that it had raised $3 million from Silicon Valley, Hollywood, and the publishing industry, including Bertelsmann Digital Media Investments (the German media company that owns half of Penguin Random House), United Talent Agency, and author Amy Tan. Literary agent and former publishing executive Larry Kirshbaum is a senior adviser.

Investors’ confidence in the app might stem from the success of serial digital fiction in China. China Reading, also called Yuewen Group, is a publishing conglomerate with six hundred million users, with much of its revenue generated through serialized novels via mobile apps and websites. Lee has reason to believe that this trend will take root in America, since U.S. consumers seem dissatisfied with e-books. A July 2015 study by the Pew Research Center showed that only 19 percent of American adults owned e-readers, down from 32 percent in January 2014. And e-book purchases in the United States fell almost 25 percent between January 2015 and 2016, according to figures released by the Association of American Publishers. “Kindles are dying,” Lee says. “And more and more people are willing to read on smartphones.” The form also seems well suited to current models of digital consumption; short chapters can be read quickly and followed in the same way people might watch a TV show, listen to a podcast, or follow news on their Facebook and Twitter feeds.

Despite his enthusiasm for Radish, however, Lee doesn’t think printed books are going to disappear. “The joy of imagination or the amount of concentration you get from reading physical books is not going to be gone,” he says. “But I think for many reasons, reading will happen a lot more on the phone.”

Jonathan Vatner is a fiction writer in Brooklyn, New York. He is the staff writer for Hue, the magazine of the Fashion Institute of Technology.