Steph Burt is a poetry critic, an English professor at Harvard, and the author of a number of books, including Close Calls With Nonsense: Reading New Poetry (Graywolf Press, 2009), The Forms of Youth: Twentieth-Century Poetry and Adolescence (Columbia University Press, 2007), and the poetry collection Belmont (2013). The Poem Is You: Sixty Contemporary American Poems and How to Read Them will be published in September by Harvard University Press, and a new collection of Burt’s own poems will follow from Graywolf in late 2017. 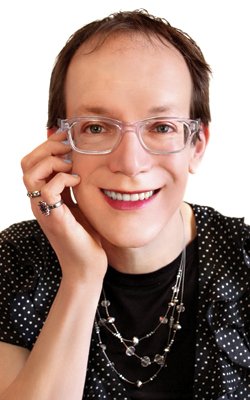 Burt, whose essays and reviews have appeared in the New Yorker, the New York Times, the Los Angeles Times, the Boston Review, the Times Literary Supplement, and other publications, grew up in and around Washington, D.C., attended Harvard, Oxford, and Yale in the late 1980s and ’90s, and taught at Macalester College in Saint Paul for seven years before returning to Massachusetts in 2007 and settling there with one spouse, two kids, and two cats. Burt’s website is closecallswithnonsense.com.

How did you first get interested in poetry? What was your path to becoming a poetry critic?
I’d like to answer this question by quoting Milton’s Satan: “We knew no time when we were not as now.” I’ve always been interested in language and language play; I think my first encounters with famous poems came in grade school, when I did a report on John Milton for third-grade library class, and then again when I discovered that the science fiction writers I liked in middle school—Samuel Delany, Roger Zelazny, Ursula K. Le Guin—kept quoting famous old poems. So I looked up the poems and they were great! “Is There in Truth No Beauty?” is even better as a line from a George Herbert poem than it is as the title of a Star Trek episode, though the episode’s not bad.

Do you think reviewing a book of poetry is a markedly different art from reviewing a work of fiction or nonfiction?
Yes. When you review a book of poems you need to describe the style, and to say what’s special—if anything’s special—about the way the lines and sentences feel. If you haven’t done that you are not reviewing poetry.

Fiction reviews tend to concentrate on the early pages in order to avoid spoilers—not a problem with most poems. On the other hand, very few fiction reviews have to anticipate an audience that might find the book incomprehensible: When I am reviewing contemporary poetry for a large-circulation venue, I have to think not only about who might like the book but about who might be put off, and what I can say to invite them back in.

That’s just fiction versus poetry. A nonfiction book—unless it’s a memoir, and sometimes even if it is—has arguments and facts, and a reviewer should say whether, in her view, these arguments are plausible, unlikely, clearly right, or clearly wrong. I find it much, much easier to write negative or mixed reviews of nonfiction; a book of meh poems, on the other hand, is often the very best book that this poet could write.

You’ve published three books of poetry and have a new one coming out next year. Has your dual status as a poet and critic offered any particular advantages and/or disadvantages?
Some critics who do not publish poetry seem to address the poetry world at some remove, or see contemporary poetry in an unduly programmatic way: I think the fact that I also publish poetry has made it easier for me to see other poets on a case-by-case basis, to ask not, Does this poet do what I want poetry in general to do? but, What is this book, this poet, trying to do?

On the other hand, my professional life can feel like one big long conflict of interest: When poets say they like my poetry, I can’t help thinking, “Do they just want me to like theirs?” When I write about a living poet I can’t help asking myself whether that poet, someday, at some point, will like my own work, or whether I’m expressing unintended gratitude if that poet already has.

These problems aren’t unique to me: They vex, and benefit, everybody who writes both poetry and literary criticism. The way to alleviate them is to keep them in mind.

On that same note: Do you think critics who practice the craft of poetry view poems in different ways—or on different levels—than critics who operate solely on the critical side?
I wouldn’t quite put it that way. Some critics who also publish their own poetry write about poetry in general in fairly universalizing and prescriptive ways, while some critics who—as far as I know—don’t write poetry have done a terrific job of looking at poems and poets case by case. Among academics, Jahan Ramazani comes especially to mind. F. W. Bateson, the Oxford-based scholar, used to say that to be a good poetry critic you had to try to write poetry, but you didn’t have to do it well.

If you are going to write about basketball, or painting, shouldn’t you at least practice some free throws and rebounds, or pick up a brush at some point? But that doesn’t mean you have to be Lindsay Whalen.

You wrote a masterful portrait of poet Terrance Hayes for the New York Times Magazine in 2015 and you recently introduced the Filipino poet Janine Joseph to readers of the L.A. Times. Do the lives of poets matter to how we should read their poetry?
They do if the poems take the lives as their explicit subjects! Hayes and Joseph—and Paul Muldoon, and for that matter Wordsworth—bring their lives into their poems, but Hayes and Joseph and Muldoon have all said that we should not assume the poems stick to literal, biographical truth. (Fun example: Muldoon’s great early memoiristic lyric “Cuba.” The real Paul Muldoon doesn’t have a sister.)

While there’s still a lot of work to be done, it seems that the poetry world has progressed considerably in publishing a much more diverse array of voices. When you choose which poets to write about, are you conscientious about selecting writers operating outside of the straight, white, male canon?
Yes, though I wouldn’t put it quite that way. Critics like me who come from a position of privilege—in my case economic privilege and white privilege—should notice and try to compensate, without pretending to like anything we don’t like. I’ve just sent off corrected proofs on The Poem Is You: Sixty Contemporary American Poems and How to Read Them, and I’m happy to say that the finished book reflects American demographics in several important ways, though not in all of them. If I had written the same book in 2005 it would have been whiter and worse.

Attitudes and interests and potentialities in the poetry world around race are still changing quite fast; those changes are quite properly being led by people of color, and even the categories are changing and expanding, not just because arguments are being won, but because time is passing and a new, more diverse generation is showing up. Claudia Rankine’s Citizen has had a special role here, as catalyst or as flagship, but of course that book does not exist alone.

I’ve been talking about race and ethnicity, not about gender and sexuality, because race and ethnicity and white privilege are things I have had to make myself discover and consider as a critic; there aren’t many people of color, identified clearly as such, in my own poems. I think about queer and trans perspectives and gender equity all the time anyway, as a result of being who I am—which doesn’t mean I get everything right.

Critics with institutional power ought to think not just about race and ethnicity and gender and sexuality, but also about other kinds of access to power and audience. However you look, whatever your gender, it’s easier to get your poetry noticed by gatekeepers, anthologists, and critics like me if you live in Boston or New York, for example, and if you went to Harvard, Iowa, or Columbia, than if you’ve never left Springfield.