Pamela Paul is the editor of the New York Times Book Review, a position she’s held since 2013, when she was promoted after two years as the children’s book editor. The influential publication, which reaches as many as 1.7 million readers each week, is the last of the stand-alone book review sections. 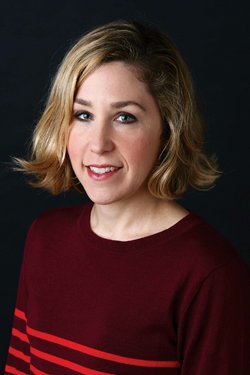 Paul grew up in New York, studied history at Brown University, and lived in Paris, London, and Chiang Mai, Thailand, during her twenties. She has worked at Scholastic, Time Inc., and Turner Broadcasting, written columns for the Economist, Worth, and the New York Times, and contributed to Time, the Atlantic, Vogue, and the Washington Post. During her thirties she had three children and wrote three books—The Starter Marriage and the Future of Matrimony (Villard, 2002); Pornified: How Pornography Is Damaging Our Lives, Our Relationships, and Our Families (Times Books, 2005); Parenting, Inc.: How the Billion-Dollar Baby Business Has Changed the Way We Raise Our Children (Times Books, 2008)—and then edited another one, By the Book: Writers on Literature and the Literary Life From the New York Times Book Review (Henry Holt, 2014). She is currently working on a memoir, My Life With Bob, forthcoming from Henry Holt in 2017.

As the author of three nonfiction books and the editor of one, I’m sure you’re familiar with the writer’s spectrum of hopes and fears. How does it feel to be on the other side, especially at such a storied institution?
I feel like a total traitor, but one very sympathetic to the victims. I do think it’s helpful to have been on the other side, in this job. It’s important to always bear in mind the hard work, hopes, and heartache that go into writing a book, and to take the responsibility of reviewing the fruits of those labors with good intention and respect. For many people, writing a book is a life’s ambition, and it’s a significant accomplishment to have one published. We—as readers, editors, and critics—shouldn’t take that lightly.

You began your career as a correspondent for The Economist, where you contributed book, film, and theater reviews. Did you have any preparation for reviewing these three separate art forms? How did reviewing film and theater inform your book reviewing and vice versa?
My preparation was as a besotted consumer of all three. Other people growing up had hobbies; they liked to run outside or were extremely social. I liked to sit alone in darkened theaters or by the side of a very bright reading lamp. And whatever I couldn’t consume myself, I liked to read about other people consuming. Growing up, I knew all the critics at the Times, Time, and New York magazine by name and eagerly awaited their opinions.

I often read criticism of other art forms for inspiration. It’s easy to fall into cliché within a given medium. In books alone, for example, we all recognize the familiar “tropes”—there’s one already: lyrical, propulsive, muscular, at its/her/his best, etcetera. Reviewing across genres keeps your perspective and voice fresh in the same way experiencing those different art forms as a reader, viewer, and listener does.

But I didn’t write my first children’s book review until a few months before I joined the Times. The book was Mo Willems’s brilliant Knuffle Bunny Free and it wasn’t easy. In many ways, children’s book reviews are tougher to write than adult reviews. You are writing the review with a very specific audience in mind, and have to take into account the age and maturity of young readers, as well as the priorities of parents, teachers, and librarians.

Illustration is a huge part of so many kids’ books; it’s useful to have a background in art history and a love of illustration. Picture-book reviewing is at least as much about the art as it is about the text. Children’s books are the ones that create readers; they’re tremendously important for everyone who cares about books, and I still find it difficult to understand how anyone wouldn’t take them seriously.

How many dedicated employees do you have on staff at the New York Times Book Review?
We’re small. We have about sixteen people. We work hard reading lots of books, so it’s a good thing we like the work.

On average, how many books do you get per week? And how many of those are you able to assign for review?
We’ve never counted—it would be too time consuming. But the estimate my predecessor used, which I will repeat here, is that we review about 1 percent of the books published in any given year. And that does not include self-published books or books published in e-format only.

What sorts of things influence you when assigning a book for review—an author’s name, the size of the advance, prepub reviews, blurbs? What about your relationships with editors and publicists—do those ever help a book get reviewed?
We consider everything, but it really comes down to the book. Even books that come in with tons of hype from the publisher, juicy blurbs from all the right people, and bouquets of flowers get passed over. That said, we still pay attention to it all, and it helps give us a sense of the book. The truth is blurbs can hinder us as much as they can help because often the writers we most want to ask to review a book have already blurbed it. I can’t tell you how frequently we ask someone to review a book who turns out to have given it a blurb. It’s the kind of “I have a great idea!” that winds up feeling terrible.

The New York Times Book Review has been particularly good about reviewing books from small presses. Does this come from the staff’s own organic interests, or a sense of wanting to level the playing field—or a bit of both?
Quality books come out of all kinds of publishing houses, and often, new voices and quirky but interesting topics emerge from the smaller presses. So we don’t feel like we have to game anything—good books just keep coming from all corners. It’s exciting to see new small presses starting up all the time, and the more established ones thriving.

Do you keep diversity—gender, race, sexual orientation, and so on—in mind when assigning reviews?
We want the pages of the Book Review to represent both our readership and the wide range of voices of people out there publishing good work. Neither is a homogenous group. I’ve said before that I don’t think it requires an enormous amount of effort to find smart women authors and reviewers. I do think it takes a little more effort to track down new voices across races and ethnicities, and not to pigeonhole writers according to color or gender. We don’t ask Czech reviewers to stick to their own nationality, or women to only review other women, so I also do try not to have all our black writers reviewing other black writers. The most important thing is that reviewers engage with a book in some way, and I think most good writers like to read and respond to books that not only reflect their own experiences but also transport them into the worlds of others.