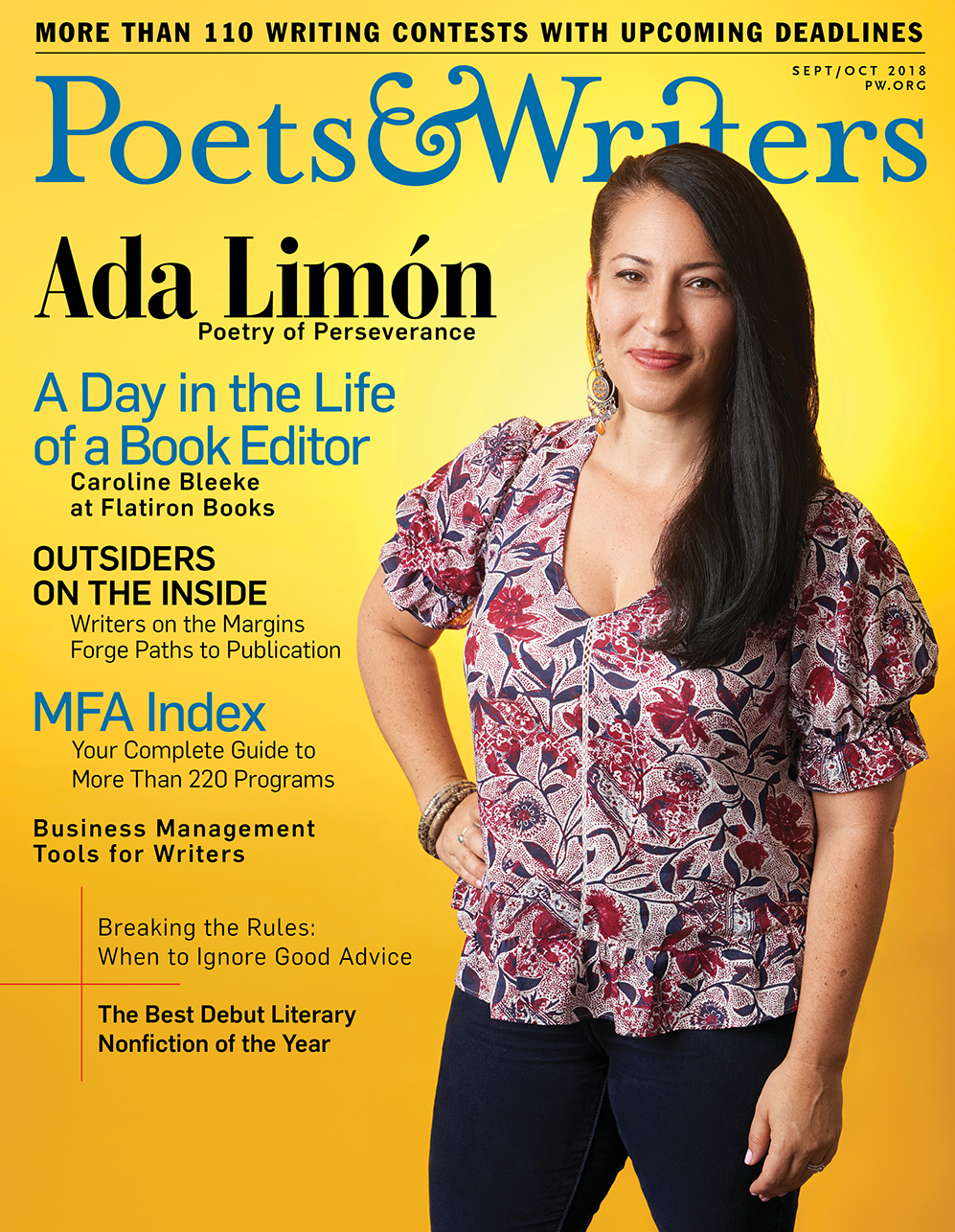 Thank you for “Breaking the Rules: When to Ignore Good Advice” (September/October 2018) by Lenore Myka, who wrote what I, too, have realized since quitting my daily teaching job to become a full-time writer. Friends, family, and former colleagues have tried to go on this transitional journey with me by offering advice and suggestions. Some days I’ve spent more time beating myself up for not putting in a certain number of hours writing than I’ve spent writing. Other days the writing has flowed, and my fingers have had trouble keeping up with my thoughts as I type. Writing is like talking. If I have nothing to say, I’m better off keeping quiet. I believe in prewriting, which is the time spent thinking about what to say before I sit down and write it. Guilt was weighing me down until I read this wonderful article.
Constance Barr Corbett
Clayton, North Carolina

I felt a real kinship when Myka reported that a few words from her husband had allowed her to feel a “click” of realization that she should stop working on her novel. I am a historian, and some years ago I signed a contract to write a history of African women, which involved following an outline provided by the publisher. I struggled with their vision for the book and managed to complete three or four chapters, though I was very unhappy with what I had written. One evening I described the situation to a historian friend, and she looked at me and asked, “Do you have a contract?” When I told her I did she replied, “You have to get out of that contract.” I felt the same “whoosh of great relief” described in “Breaking the Rules: When to Ignore Good Advice.” I got out of the contract the next day. It took me a few more years, but I did write my own book, African Women: Early History to the 21st Century (Indiana University Press, 2017). Sometimes you need to break the rules.
Kathleen Sheldon
Santa Monica, California

Among the tweets from some of our 210,000 Twitter followers who celebrated the release of our September/October 2018 issue—including those responding to the cover photo of poet Ada Limón, summed up nicely by Heidi Seaborn (@heidiseaborn1), who called it “a beautiful cover”—were a number of responses to “A Day in the Life of a Book Editor” by Michael Bourne. Rach Crawford (@RachAC) wrote, “Writers take note, this level of transparency as to what goes on at a Big 5 publishing house is rare, and a total gift!”

The name of the curator of the Edna St. Vincent Millay collection at the Library of Congress was misspelled once in “Saving Millay’s Home” (September/October 2018) by Adrienne Raphel. Her name is Barbara Bair.